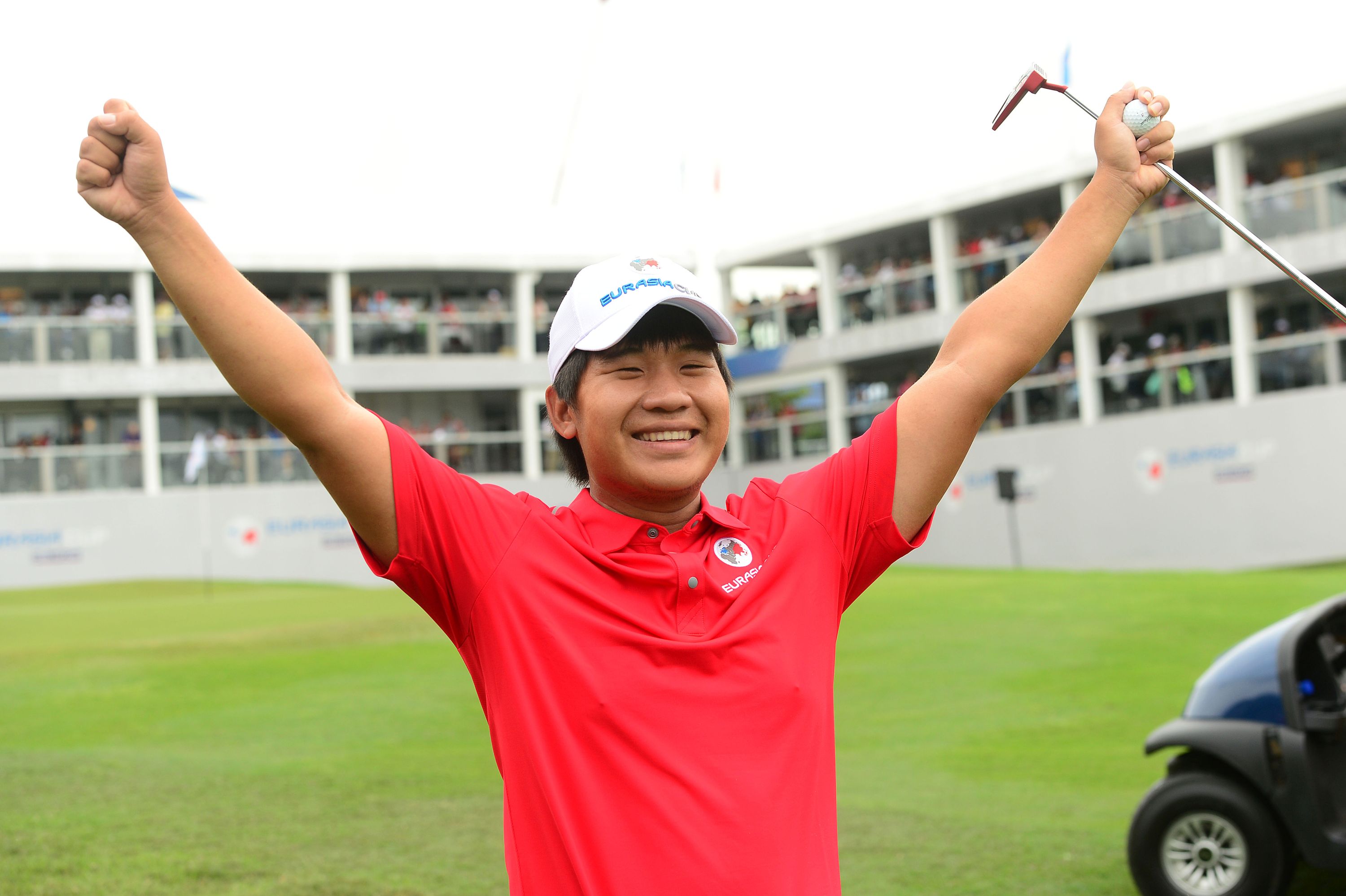 Shah Alam, Malaysia, January 14: Thailand’s Poom Saksansin emerged as one of the stand-out performers for Team Asia in the Singles matches which were dominated by a victorious Team Europe at the EurAsia Cup presented by DRB-HICOM on Sunday.

The 24-year-old Poom defeated world number 14 Paul Casey of England in a pulsating match, emerging victorious by 1-hole at the Glenmarie Golf and Country Club.

Despite his win, Team Europe won eight other Singles matches while one match was halved as they successfully retained the EurAsia Cup with 14 points against Team Asia’s 10 points in the third edition of the biennial showpiece.

Yuta Ikeda of Japan enjoyed a perfect debut in the tournament after winning his match against Ross Fisher by 1-hole. Another debutant Li Haotong of China secured a 3&1 win over Paul Dunne of Ireland.

The baby-faced Poom was in the second Singles match of the day and recorded Asia’s first point of the day after holding his nerve to defeat Casey on the 18th hole.

“I feel proud of myself that I get a point for Team Asia. He (Casey) played very good but maybe he had bad luck because the ball doesn’t go into the hole,” said Poom.

His victory in the Singles was his second point in the tournament as he combined with Sunghoon Kang in the Fourball format on Friday. Poom was clearly delighted to exceed expectations in the tournament.

“I feel very good because my goal was to get one point which is good enough but I got two so I’m very happy. On the 18th hole (today) I felt very nervous and I start to shake a little bit. But I won,” he smiled.

The world number 36 Ikeda contributed three points to Team Asia and remained unbeaten in the EurAsia Cup when claimed his third victory in the showpiece.

“Today’s match was so close.  I started two holes, birdie, and then number 16, I missed, bogey.  On 17, an up and down so that was good. On the last hole I was lucky so I’m happy. Three matches, three wins so I’m very happy with the week,” said Ikeda.

First timer Li held his head high after contributing 2 ½ points which included the final point earned by Team Asia in the Singles matches.

“I think our team did great this week.  I’m very happy to win 2 ½ points. I’m also very happy to meet a lot of new friends and hopefully we play well the rest of the season and come back better the next time,” said Li.