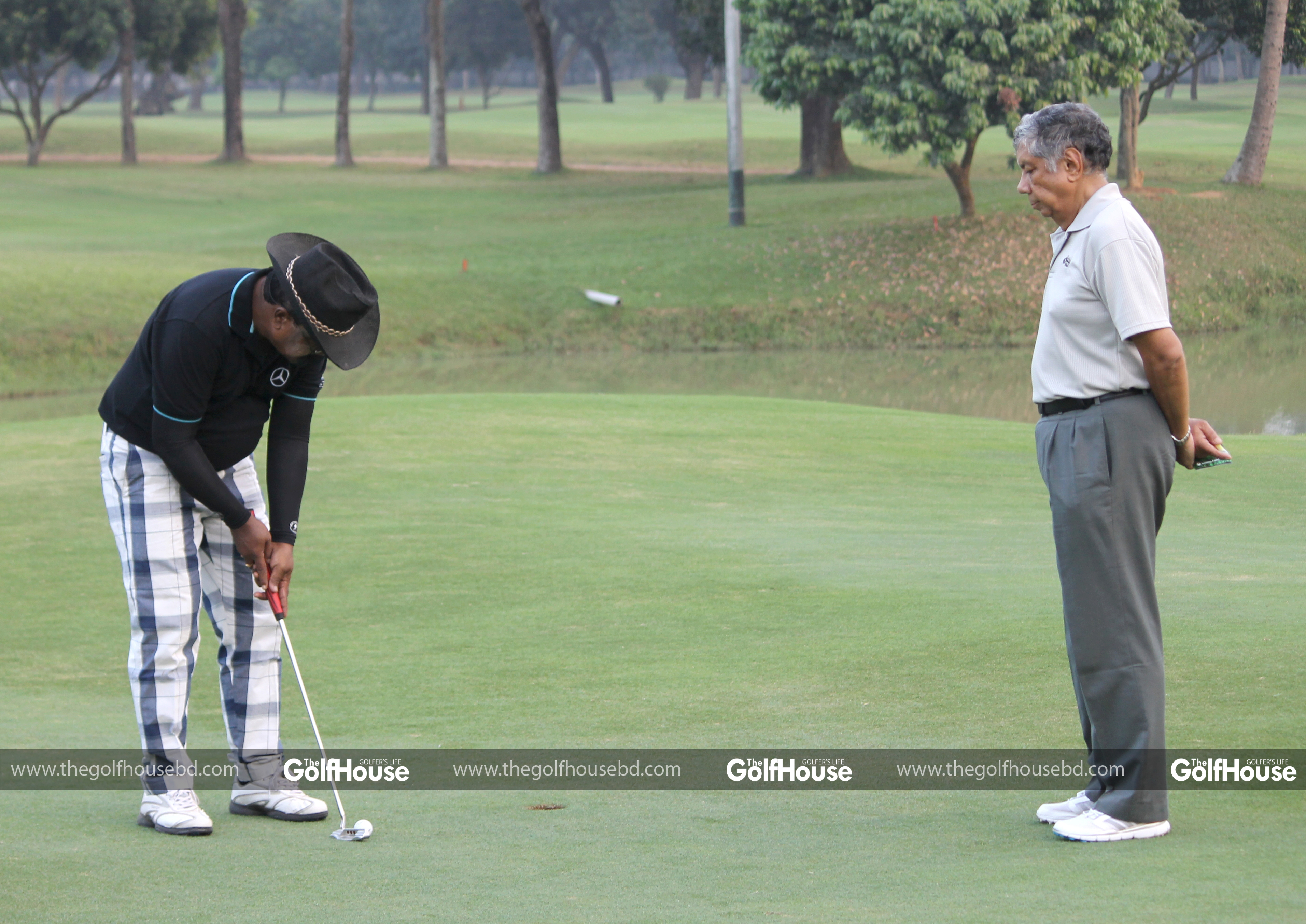 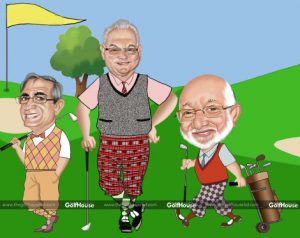 A great playing partner will be a comrade for a few hours, both in triumph and adversity. They’ll be generous enough to celebrate your successes but they won’t get ahead of themselves. Nobody on a roll of good scores wants to hear the words, “If you can just keep this going….”

You believe in the team when no sensible person would. See “Cubs fan.”

The essential characteristic of a great partner is hope. A steady diet of “Why do we do this to ourselves?” or “I’d be better off repainting my cupola” isn’t what you’re after. You’d much rather hear, “We’re close,” even if it evokes laughter. I have a friend who dispenses with score and counts “LVs,” or Little Victories: a great escape from the woods, a nifty bunker shot. He’s a smiler. You’re like him. You keep mood and score separate.

You’re no teacher. And never impersonate one.

You’d love to tell your friend and partner he’s swinging at, oh, 50 miles per hour faster than normal, but you don’t because you’re a good partner. You wait for him to inquire, after multiple doubles: “You see anything?” And then, in your best Bob Uecker voice, you reply: “Just a hairrrrrrrrr quick.” That’s it; no analysis. You’re also an expert in biting your tongue about your game. Your partner never hears you say: “I’m setting the angle way too soon …” I’ll give you the angle.

A new study reveals that marathoners quickly forget the anguish of their runs. “This helps to explain,” says the study’s author, “why people run marathons again and again in spite of pain.” This forgetfulness also applies to childbirth. (See where we’re headed?) In golf, amnesia is oxygen. Beware the partner who says, “I’d love to play with you again if you’ll get some help with your putting.” He’s a rememberer. You, on the other hand, are known for uttering the most perfect sentence in the history of golf companionship: “I can’t remember ever seeing you miss a putt that counted.”

You’re on the same page when it really counts.

A lot of golfers are Bermudas-wearing judgment machines. They’re experts on what’s wrong with the world, are especially knowledgeable about the damn Liberal Media, and will regale you with evidence that golf is disintegrating: Hats backward! Cellphones! Cargo shorts! Good partners share similar codes of conduct. If he’s Old School, and you’re a shirt-out, rock ‘n’ roller, beware. But if you’re a traditionalist amused by changing standards, that’s OK. My friend Squirrel, about a 4-handicap, plays with a boom box on his cart and sometimes dresses as the aforementioned animal. He has a very big tech job. When he applied to his North Carolina club, his wife said, “Are you sure you’re country club material?” Good question. Turns out he is, but it’s a tolerant country club, compatible with a passion for golf and the Doobies… Brothers, that is.

You take it seriously, but not too seriously. Golf’s fun, kind of.

Maybe you’re not a joke-teller, though it’s a plus if you are. You simply get that our golf games are often the joke. One time my brother and I were playing modified alternate shot in a member-guest. For seven holes, I’d hit the green, he’d hit the first putt four feet past. On the eighth hole I made a hole-in-one. Seriously. “Does this mean you’ll talk to me now?” he asked. “It means I don’t have an offing four-footer,” I said. He’s told that story a million times.

You’re no moper. And you grant pardons like an outgoing president. Regret’s a killer. We had a colleague once whose favorite expression on Hole No. 1 was, “Let’s play two!” and on Hole No. 5, “Why do I even put myself through this?!” He went from Ernie Banks to Eeyore in an hour—tough on himself and harder on his partner. Your partner doesn’t need you obsessing about the chunk you hit into the pond to lose the front nine. He expects you to be ready for the next one.

You never give up. And then when you do, you re-up.

Forgiveness does not equal surrender. You’re enthusiastic, and you do your share of cheerleading. It’s costly when this translates to making bets you shouldn’t, but so it goes. Your model here is Arnold Palmer: “What other people may find in poetry or art museums, I find in the flight of a good drive.” There you go. Tell ’em you’ll take the double-or-nothing.

You play fast. You do not torture your partner with six practice swings.

Imperfection is not the issue here. Subjecting your partner to half a dozen copies of it is. You play with alacrity. Results come and go quickly. You’re like my friend Sissy, who shot 138 while her companion shot 68. It took them three and half hours to produce those 206 strokes, a thousand chuckles in between. Now that’s a partner. 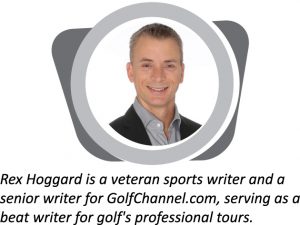 GOLF HAS GREAT POTENTIAL TO GROW

‘No alternative to ethical practices’