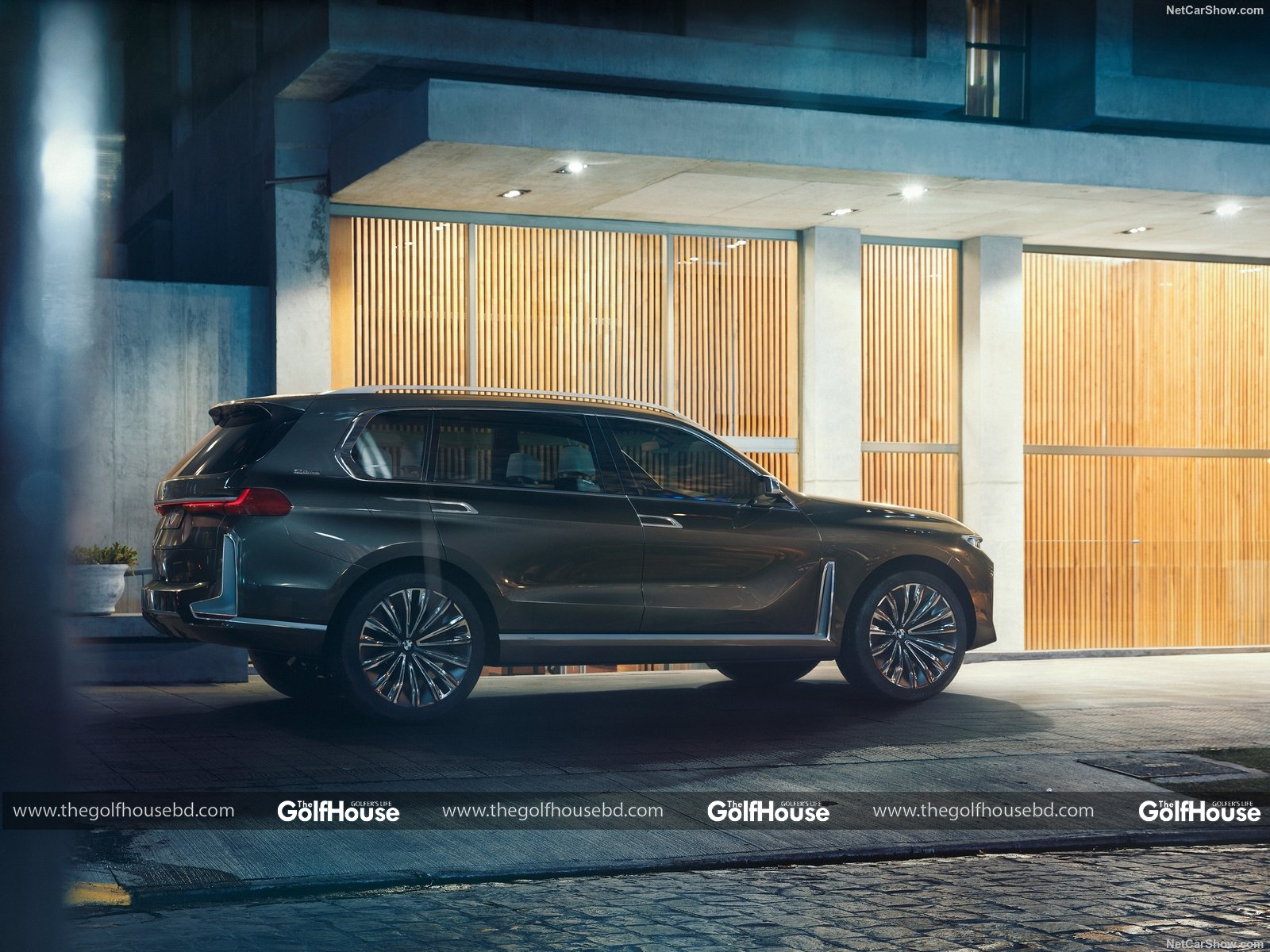 BMW has decided offence is the best defense when it comes to selling luxury cars. Already a global leader in the executive cars segment, BMW has drawn up a plan that aggressively expands their model range with the addition of a flagship luxury SUV to complement their flagship luxury sedan, the 7-series. As the name suggests, the X7 i-Performance concept previews just that. 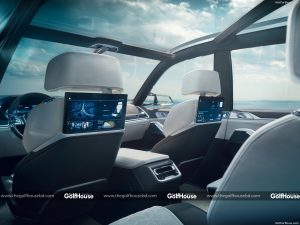 The X7 follows the traditional BMW styling treatment up front with regard to the grilles – the iconic kidney grille is the largest ever, signifying the X7 will be the biggest, most expensive and the best equipped model of the entire range of models sold by the Bavarian automaker. The massive grilles might put some people off, but in a market where the Range Rover’s incredibly versatile appeal is difficult to match and even harder to beat, the X7 needs some frontal aggression to compensate. Unlike the clichéd tales of SUV owners compensating for their fragile egos by purchasing big SUVs, though, the X7 promises to be a treat for anyone who understands what it offers – the experience of being the king of the road in BMW’s most comfortable large SUV ever.

BMW is fairly tight-lipped about whether the X7 will go into production or not, but the finished look of the SUV suggests that it is nearly production ready. There are few hints of the powertrain that will pair up with BMW’s plug-in hybrid drive-train, although one can make some fair assumptions about what motors might go into it at the production stage – perhaps a 6-cylinder for the “entry” level model, certainly with BMW’s excellent TwinPower Turbo tech, and a range topping V8 with the aforementioned turbocharging. The “i” in the “i-Performance” moniker means the X7 will be a further addition to BMW’s expanding range of highly capable, extremely efficient plug-in hybrid range – there’s no doubt that the German marque is planning on a hybrid-heavy model range in the near future as part of its green makeover. 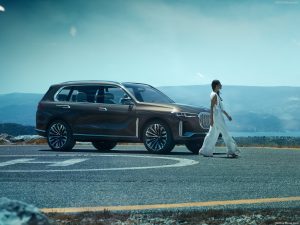 Hopefully BMW won’t be daft enough to even consider a future M-division fettled version – there should be a quota placed on BMW for the number of M badges they’re allowed to stick onto their vehicles. 8 and 10 speed gearboxes will do the job, pairing smooth cruising ability with enough torque to pull medium sized houses. Off-road capabilities will most likely be limited – BMW doesn’t do off-road all that well. The Ultimate Driving Machine definitely prefers to stay on paved roads.

The interior is where the X7 is really expected to shine. Every inch is covered in the latest high end materials, with the obvious focus on the best tech on offer in the luxury car segment. You get a 12.5 inch central screen with the general vibe of a command center aboard a nuclear submarine. BMW was also keen to show off the latest connectivity software with the X7, it’s going to be a car that not only talks to its occupants and vice versa, but also with other cars on the road. The usual array of driving assistants that help the driver steer, change lanes, cruise on the highway and park are expected on the production version. The huge panoramic roof and individual controls and infotainment will take the X7 above and beyond the flagship 7-series sedan. 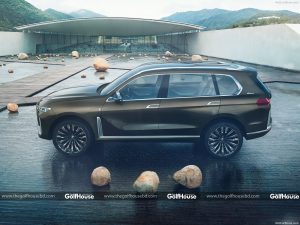 BMW has been teasing us with a bunch of mouth-watering concepts lately. The Z4 concept was a delectable taste of what to expect from future BMW in terms of sporting credentials, the X7 shows off what it can do if tasked with offering its customers an extreme high end SUV. Not only that, it also shows the world what a Rolls Royce SUV could look like – the world famous British marque, a part of BMW Group, has been teasing the world with a possible expansion into the world of Sport Utility Vehicles with an uber-luxury SUV. Considering the BMW 7-series and Rolls Royce Ghost shared major components and chassis design, it’s highly likely that the Rolls Royce SUV will be based off the BMW X7. Exciting times ahead for SUV lovers.