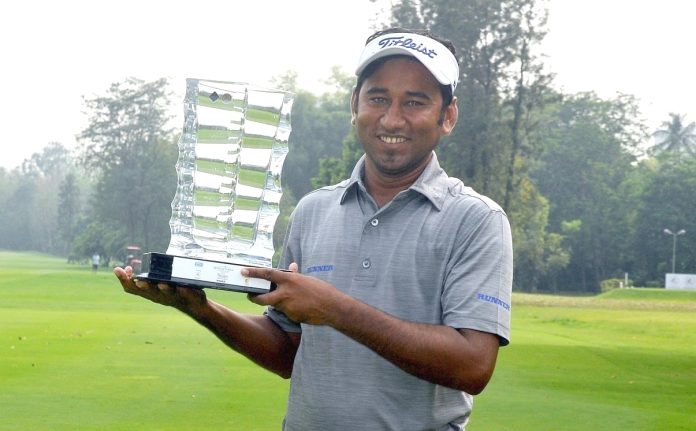 It turned out to be an unbelievable week for Bangladeshs Md Zamal Hossain Mollah who stole the show on the final day of the inaugural Bengal Open Golf Championship 2019, winning the title by just one shot at the Tollygunge Club here on Friday.

The 34-year-old, who had made a relatively slow start with scores of 68 and 69 to languish at tied 39th at the halfway stage, came roaring back with remarkable bogey-free efforts of eight-under-62 and seven-under-63 over the next two days to clinch the title with a total score of 18-under-262.

The victory was all the more sweet for Zamal (68-69-62-63), who gained 11 places on the last day, as it happened to be his first in India and also brought an end to his painful seven-year winless streak on the domestic circuit.

Zamal, lying overnight 12th and six off the lead, didn’t look threatening in the early stages of round four as he managed just two birdies on the front-nine, both long conversions on the second and fifth. But his flurry of four consecutive birdies from the 10th to the 13th, thanks to a hot putter, put him firmly in contention.

The Dhaka-based golfer’s chipping form also helped his cause as he played a couple of exquisite chip shots to set up short putts for birdies on the 13th and 15th and another short putt for the all-important par on the 18th. He thus ended up with the day’s best score for the second day in succession.

The win at Tollygunge, Zamal’s first outside his native Bangladesh, has lifted him from 46th to sixth position on the PGTI Order of Merit as he took home a prize money of Rs 4,84,950.