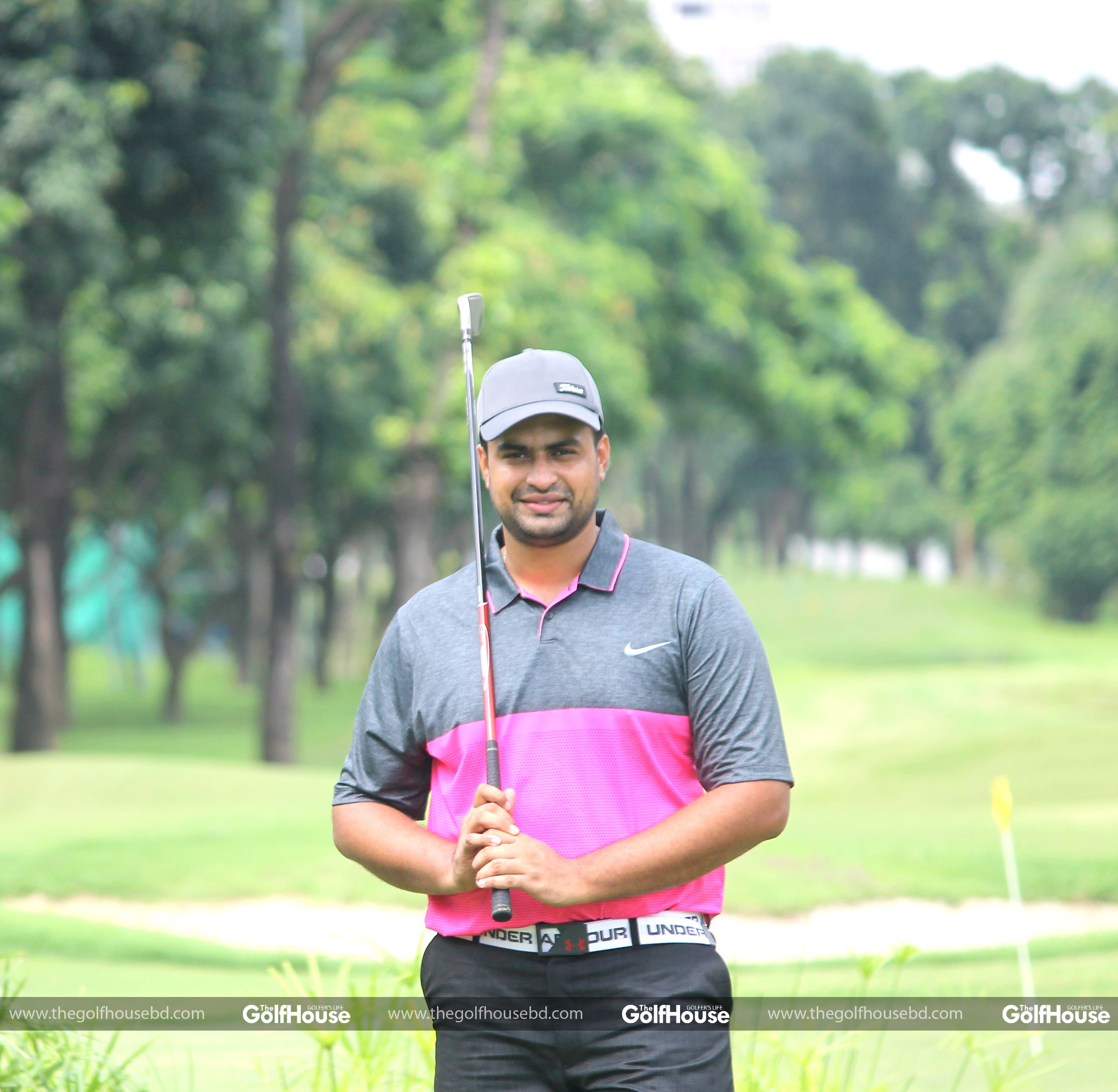 Rahat Tahsin Parash, one of the young professional golfers from Bangladesh, comes from a well of family. Unlike many other professionals here, he did not have to take golf as a career for sustaining his livelihood. Instead, he says, during an interview with TheGolfHouse, that it was a conscious choice on his part to take golf as his career path. It was not an easy decision, but he took the decision disregarding other options as he feels that with a wholehearted effort, golfers can build a very lucrative career in our country.

Q: What brought you to golf?

A: I started playing golf at the Mainamoti Golf Club in 1996. I was only four years old at that time. As my father played there, I thought I should accompany him three or four times a week. After four/five weeks, my father thought that I should get serious. So he got me a coach and took me to the practice range and I started taking the game a bit more seriously.

Q: What is your weekly schedule now?

A: I try to practice five to six days a week. Two days I play on the golf course while the other days it’s in the practice range. I come to the golf course at around 8:30am and practice till sun down.

Q: You have participated in the last three Asian Tour events. What was your achievement and what are you looking forward to from the upcoming ADT event?

A: I did participate in three Asian Tour events at home; first of those as an amateur and the other two as a professional. I have also played in two ADTs in KGC as an amateur. I’m very optimistic about the upcoming event, which will be the first of the BPGA calendar as well. I’m hoping this would be a better year than the last one.

Q: What are the challenges that you faced as a golfer?

A: When I finished my university degrees, I was the top amateur golfer of the club and I had the choice to make as to whether I would become a golfer or pursue a regular career. I had better opportunities outside. But I took a risk and pursued the career of a professional golfer. People think if you are from an affluent family, you have all the money and support. It is not so. For us, it is tough because we have options and if we choose the wrong option, we will regret that decision. For most of the other professionals here, there are no other options but to become a golfer. So the decision is kind of straightforward for them, not for us. This is something everyone should understand.

Q: What would be your suggestion to those who want to take the game seriously?

A: Golf gives one a very nice career. You’ll just have to play and you can earn money from it. In Bangladesh, it’s a new thing, so the challenges are there. If you follow a traditional career like others, it will be a safe thing. But the happiness you get from golf or any other sport won’t be there.

Q: Do you have any other career ambitions at the moment apart from golf?

A: No. If I had other ambitions, I would have stopped playing golf. If anyone thinks he would play golf seriously, then he should not pursue anything else because in that case he would lose both. There is no in-between option for a professional golfer.

Q: Teaching is a big career in golf. Do you have any ambition of becoming a teaching pro?

A: Teaching is a very nice thing. When you can share what have leant and see them implement that is a delightful feeling. When I get a bit older or maybe when I reach a trough in my playing career, I might turn to teaching. In fact, I already teach amateurs here sometimes because I believe sharing with others what I have learnt is a good thing.

Q: Who are your golf teachers?

A: In the beginning, I had a few coaches from Australia, New Zealand and India, all through Bangladesh Golf Federation. Now my coach is Andrew Argus; he is an Australian residing in Malaysia. He has been my coach since 2015.

Q: What is your plan for this year?

A: I have struggled last year. So I would be looking for better things this year.

Q: You are from a golfing family. Your father is a golfer. Say something about him.

A: My father has a great influence on me. It was his support that brought me here and turned me into a golfer. He’s still helping me with every step. I’m very proud of him.

Taking golf as a career is a risk, but for me it was worth taking the risk

Mom is happiest when I bring her betel leaves

Akbar makes a mark on debut

Sajib looking to turn a corner