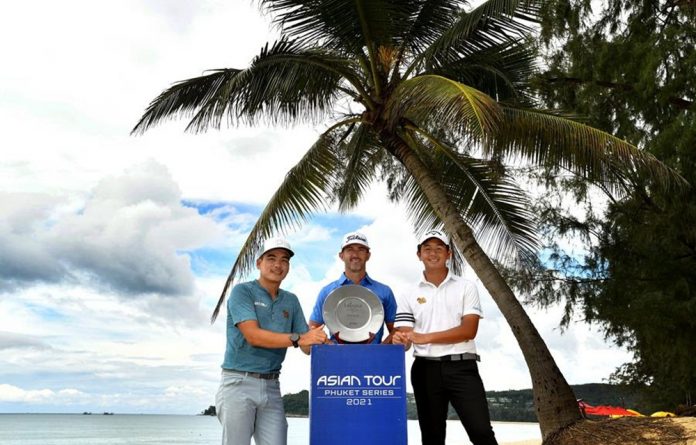 Thailand’s has a big advantage over the rest of the field at this week’s US$1million Laguna Phuket Championship: he knows what it is like to shoot 59 on the  layout!

In 2017, Suttijet returned an 11-under-par 59 in the Singha Phuket Open on the Asian Development Tour (ADT) to become the first player to shoot sub-60 in the history of the Asian Tour and ADT.

Preferred lies were played so it could not stand as a record, but a 59 is a still 59.

“I didn’t think about my score at all until the last hole, when I knew I needed a birdie to shoot 59.”

He drained a 30-foot birdie putt to break 60. His compatriot Naras Luangphetcharaporn is the only other player to shoot 59 ‒ achieved at the Tour’s Qualifying School in 2019 – also when lift, clean and place rules applied.

Suttijet made an eagle and nine birdies to finish in third place in the Singha Phuket Open; he also birdied the last four holes.

He added: “I remember hole number seven was a par-five last time, now it’s a par four. I loved that because when I shot 59 I made eagle there.”

The Thai golfer is looking for his first win on the Asian Tour ‒ his best is second place in the 2016 Bashundhara Bangladesh Open ‒ but he does have one ADT win to his name: the PGM Palm Resort Championship, also in 2016.

“This week is a lot harder though as the rough is very long and the fairways are very narrow. It’s not the same as last time. My goal this week is just to play under par every day. Right now my putting is so good.”

This week’s Laguna Phuket Championship is the second and final part of the Asian Tour Phuket Series ‒ which marked the restart of the Tour’s 2020-21 season.