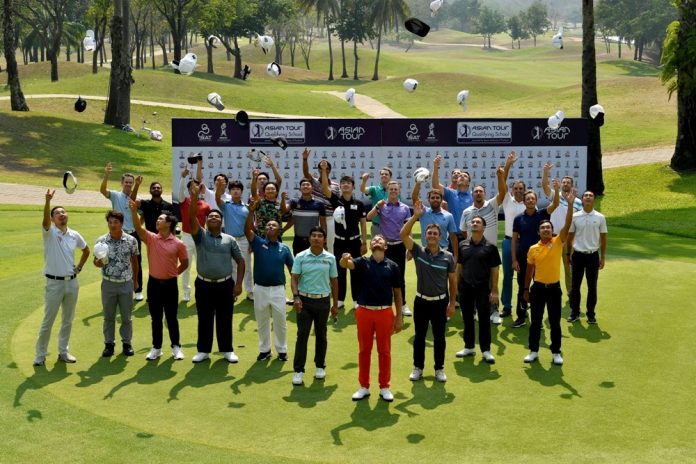 The Asian Tour has announced that its current membership exemption categories will remain in place for 2022 as only eight events will have been played by the end of the 2020-21 season, following two pandemic-effected years.

This means no Qualifying School will be required for the new season ‒ which commences with the US$5million in February and is expected to be the biggest season in its history.

The next Qualifying School ‒ which is normally held annually and attracts aspiring golfers from across the globe ‒ will likely be held at the end of 2022 for the 2023 season.

“Our members have had to endure an extremely difficult couple of years because of COVID-19, but they have been very patient and understanding as we have tried to work our way back. And they are now going to be rewarded with an opportunity to hit the reset button in 2022 and compete on what will be a new-look Tour.”

The Tour was forced to suspend play following the Bandar Malaysian Open last March due to the pandemic, but it is now set for resumption with the Asian Tour Phuket Series.

That starts with the  from November 25-28 on the Canyon Course at Blue Canyon Country Club, followed by the the following week at Laguna Golf Phuket.

Both events boast prizemoney of US$1million and will be followed by two events being planned in Singapore in January that will bring to a conclusion the 2020-21 season.

Players will have everything to play for when the current season resumes as they will not only be vying to improve their playing status on Tour but also trying to finish into the top-30 on the Final Order of Merit which will allow them to earn a place in the Saudi International ‒ to be played at Royal Greens Golf and Country Club from February 3-6.

The last version of the Asian Tour Qualifying School, held in Thailand in 2020, saw Zimbabwean Benjamin Follett-Smith top the class following a gruelling 90-hole battle in the Final Stage. He was among the 35 graduates who successfully secured their cards after finishing inside top 35 and ties.