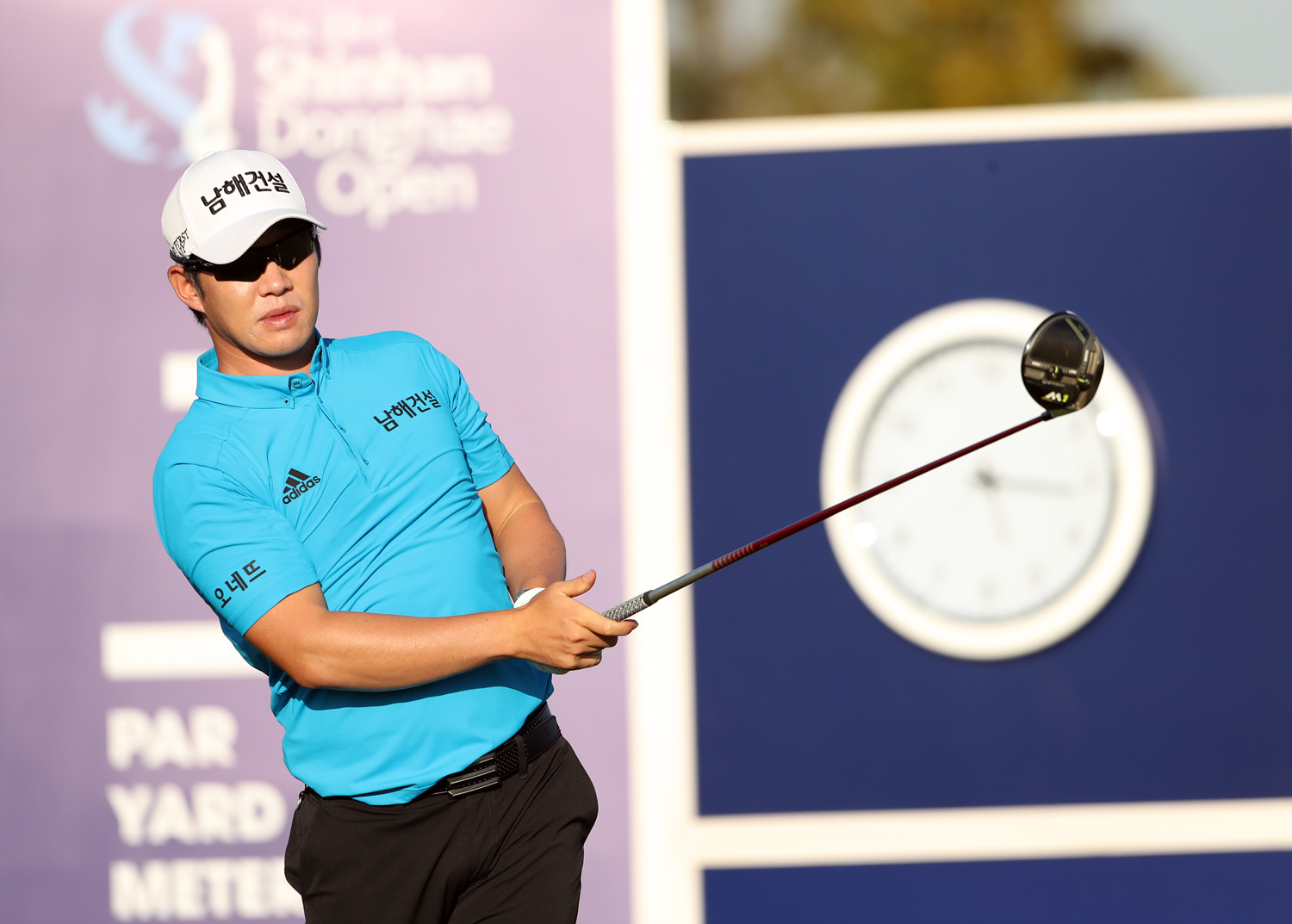 Incheon, Korea, September 14: Korea’s Kyungnam Kang and Junsung Kim seized the early initiative on the opening day of the Shinhan Donghae Open when they fired matching six-under-par 65s to share the first round lead on Thursday.

Kim had the honour of recording the tournament’s first hole-in-one when he aced the par-three 12 while Kang fired seven birdies against a lone bogey to set the early pace at the KRW1.2 billion (approximately US$1.06 million) event which is co-sanctioned by the Asian Tour and the Korean PGA.

The Korean duo hold a two-shot advantage over a quartet of players that included Korean-American Chan Kim, France’s Lionel Weber as well as compatriots Younghan Song and Seungtaek Lee.

Kim, who topped the class at the Asian Tour Qualifying School in 2013, enjoyed an encouraging start to his campaign when he opened with a blemish-free 67 at the Bear’s Best Cheongna Golf Club. 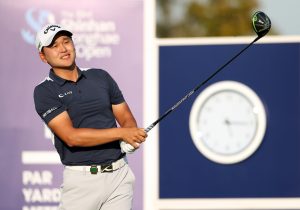 Playing on a sponsor’s invitation, Kim is also hoping to play his way back into the Asian Tour, having lost his Tour card in 2015.

Malaysia’s Gavin Green kept in touch with the leaders by returning with a 68 to take a share of seventh place.

Korea’s Sangmoon Bae struggled in his first professional event since being discharged from military service when he signed for a 74 to stay well off the pace in tied-98th place.

It was certainly a great experience playing in front of the huge crowd today. This is a very big event and I was actually feeling very nervous when I stepped up to the tee this morning. However, I managed to calm myself down after that and was able to focus and play well. Overall, I’m satisfied and I’m going to continue to focus on my own game when I return to the tee tomorrow.

I’m very happy with the hole-in-one. That is my second one for the year and hopefully I can get more aces like this. I was feeling very confident after that and was delighted to be able to finish off strongly with a birdie followed by another eagle on 16. Hopefully, I can continue to hit and putt the ball as well as I did today.

I made a lot of key putts for par. I got up and down from a lot of tough positions but I also miss a lot of birdie putts on my back-nine. Overall I played great and I feel today’s performance was really good. The greens were pretty soft today and were not rolling as fast as you would think so. The pin positions were not that hard. So getting an even lower score was a possibility today. I’m feeling pretty confident especially after my two wins in Japan and finishing tied-11th at the Open was huge. I love to have my card back in Asia. I gave that up when I went to play in Japan and it would be nice to have a card on the Asian Tour again. My goal is to make the cut, especially so when I’m playing on a sponsor’s invite.

It was a little bit of a slow start for me. I hit a couple of good drives into the fairways and I made some putts. I felt I left some shots out there. I had a couple of short irons from the fairways which I put into the water once and another which I put into the bunker. To me, that was costly. You should never do that with a wedge or short iron. But that’s golf at the same time. I made two pretty decent long putts which kind of balances things out. Overall, it has been solid driving, I would say. I feel pretty comfortable on this course. It’s not too tight so I can pull out a lot of drivers, which is nice.

I was feeling very excited when I walked up to the tee box today. I didn’t play well but it’s only the first round. I missed a lot of short putts today as the greens were quite fast.

However, I’m still feeling excited and I know what I got to do tomorrow to get back into contention.

Leading Scores after round 1 of the The 33rd Shinhan Donghae Open being played at the par 71, 6953 Yards Bear’s Best Cheongna GC course (am – denotes amateur):