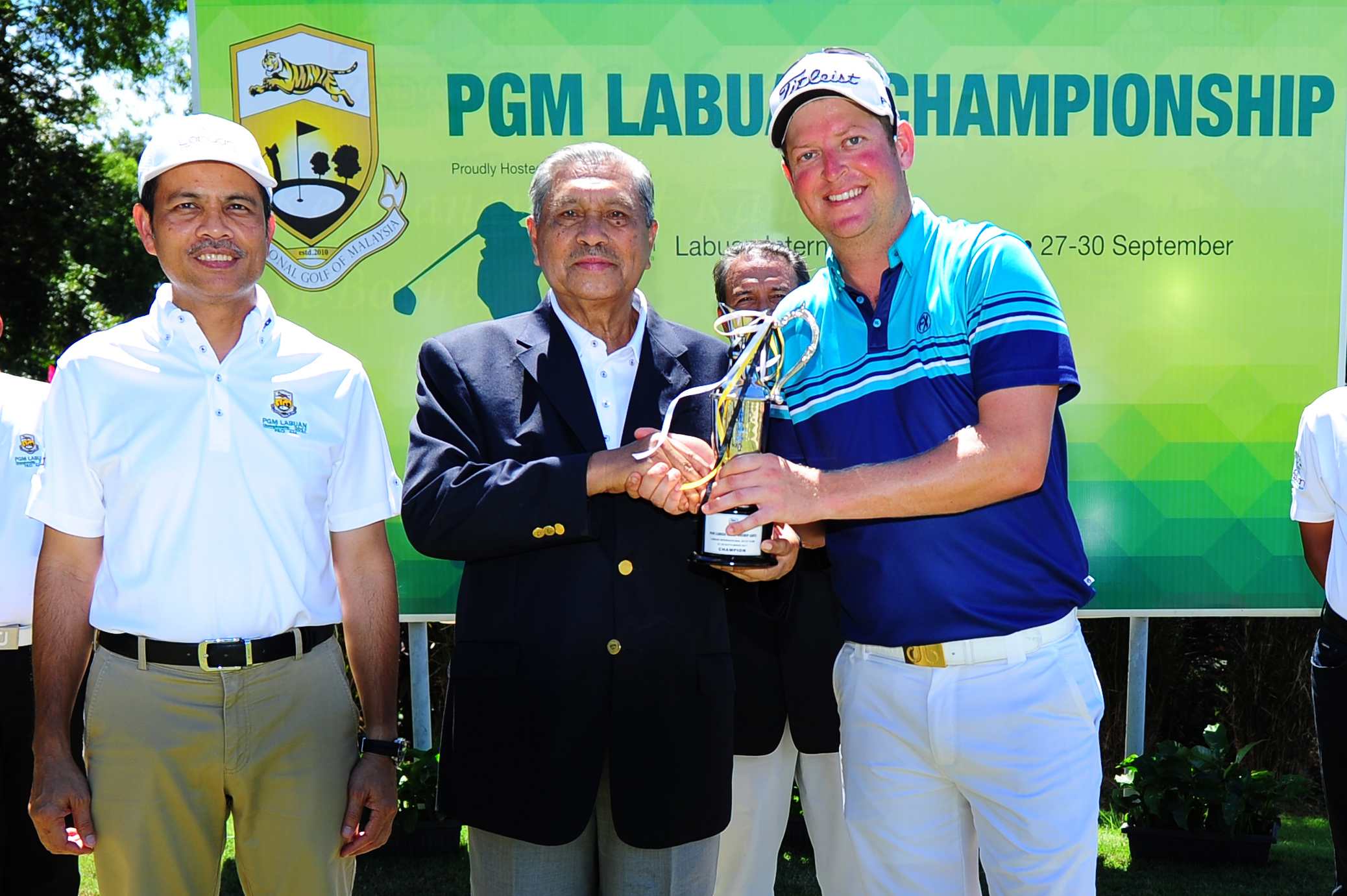 Keyser’s winning total of six-under-par 282 was enough to hand him a two-shot victory over Thailand’s Sorachut Hansapiban at the Labuan International Golf Club where the RM200,000 (approximately US$44,600) ADT event was staged.

Thailand’s Panuwat Muenlek, who held a share of the overnight lead, finished in tied-third together with Sweden’s Oskar Arvidsson after he closed with a 75 for a 285 total.

Having started the week on the back of two successive victories in Dubai, Keyser was quietly confident of his chances despite the course layout which the South African felt was his disadvantage.

“This is a very tight golf course and it doesn’t really favour me as I like to use the driver and driving is usually my strength,” said Keyser.

Keyser stumbled with an opening bogey on the par-four first but recovered quickly with a birdie on the second hole before adding another birdie on nine to turn in 35.

He parred the next five holes before another birdie on 15 gave him a comfortable two-shot lead with three holes to play.

“I came into the week with lots of confidence as I had won two back-to-back events on the Mena Tour in Dubai before coming over. This win has shown me that all the other aspects of my game is good.

“I’m enjoying my winning run and my golf and that’s what keeping me happy,” said Keyser.

For more information on the ADT, please visit www.asiandevelopmenttour.com.