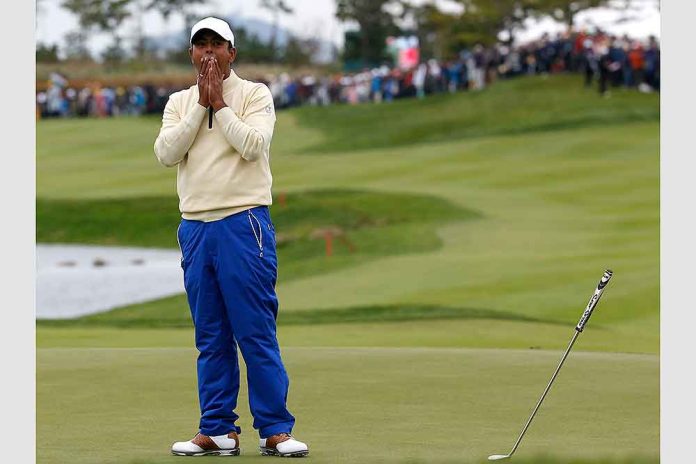 The 2015 Asian Tour Order of Merit champion qualified for the year’s third Major last week and hopes to make full use of his playing opportunity at Royal Birkdale Golf Club.

“I was keeping an eye on where my world ranking was and was doing my own research to see how far it has gone down the list. I was quietly confident so mentally I was prepared to play this week about a month ago. Tthat’s why I played in Scotland last week with the intention to play this week,” said Lahiri.

The 30-year-old will be making his fifth appearance at The Open and the experience has helped him prepare for the challenging week ahead.

“I think it is one of the best The Open tracks which I’ve played so far. As the conditions get tougher, it will be a real challenge. I’m really looking forward to it. I’m glad I played in Scotland last week and get some links golf under the belt,” said Lahiri

“I get more used to the style of golf. You got to hit more bumps and runs and it makes a lot of difference when the wind gets up and especially if it starts raining. It is an advantage having some experience and I’m feeling more comfortable and I don’t feel out of place,” he added.

It has been a mixed season for Lahiri in 2017 but he feels he is slowly turning the corner in time to contend for The Open. His best finish this year was tied second at the Memorial Tournament on the PGA Tour.

“It has been an up-and-down season. I’ve had lots of lulls with some bright sparks in there. I’ve not been very consistent, unlike how I usually play. I’m usually good at putting four good rounds together. I was putting a lot of pressure on myself earlier in the year.

“It is my first year after keeping my card on the PGA Tour. I wanted to consolidate that and I wanted to get closer to winning my first event. I didn’t finish in the top-50 last year and I was trying really hard to get into Augusta. I was chasing a number of things and ended up putting a lot of pressure on myself,” said Lahiri.

With renewed confidence, Lahiri is determined to make it a week to remember. “In the last two or three months, I’ve taken it easy and try to enjoy my golf more. I’m playing better golf now. My confidence is really good.”

“I’m making a lot of birdies and I’m putting good numbers over 18 holes. I seem to have that odd round that I let it go. I got to be really focussed right through the week especially on the course like this. If you lose your focus or confidence, you can let it get away from you. I feel like I’m up for it,” said Lahiri.