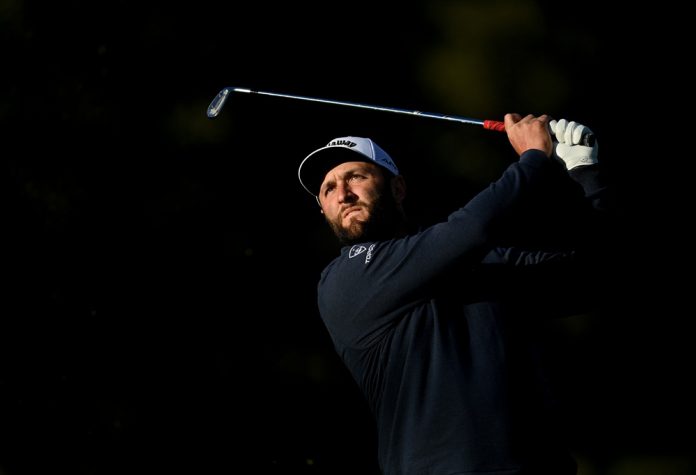 The World Number One lifted the trophy in 2018 and 2019 before last season’s edition was cancelled due to the coronavirus pandemic and he is now looking to join Seve Ballesteros as the only three-time winner of the event in the European Tour era.

Sir Nick Faldo and Ian Woosnam, both former World Number Ones, and eight-time European Tour Number One Colin Montgomerie are the only players to have won a European Tour event outside of the Major and World Golf Championships in three consecutive editions and Rahm is also looking to join that elite company at Club de Campo Villa de Madrid.

Rahm represented his country in the European Boys’ Team Championship, European Amateur Team Championship and Eisenhower Trophy as an amateur, while also winning a multitude of events at age group level. To cap that with a victory at his national Open was a very proud moment for the 26-year-old and he is delighted to be once again playing on home soil.

Rafa Cabrera Bello believes the good scores are “right around the corner” as he prepares to tee it up on home soil. The 37-year-old first played in his home Open in 2002 but had his best result in the last staging two years ago when he finished second to countryman and now World Number One Rahm.

With a Rolex Series event among his three European Tour wins and a Ryder Cup appearance under his belt, the Spaniard clearly has the game to get back to the very highest echelons of the sport, and he believes patience is the key to achieving that ambition.

Rahm is joined in the field by Ryder Cup teammate Bernd Wiesberger and vice captain Luke Donald as this week marks the start of three consecutive events in Spain on the European Tour, with next week’s Estrella Damm N.A. Andalucía Masters being followed by the Mallorca Golf Open, making it six tournaments in Spain on the 2021 Race to Dubai.

Jon Rahm: “It would be very unique. I know names like Ollie (José María Olazábal), he couldn’t win it and I know he would have loved to have done it. I would hope to be able to get to a third not only to tie Seve but to win it three times in a row.

“It doesn’t matter what event it is, not many people have been able to win one three times in a row so I’m hoping I can get it done – it would be truly my honour.

“I was able to win at many different levels as an amateur but to be able to end it winning the pro event was very special for me. It’s coming back home that’s important. It’s very fun to play in front of the crowd, they’re very golf hungry in this country. Especially after Covid and the pandemic they haven’t really had the opportunity to enjoy many sporting events so I’m hoping we can put on a good show for them.

“For a Spanish player they are important. Both of them are iconic in each way: I have a chance to win three in a row and then Valderrama is Valderrama. It’s an iconic golf course, it’s an iconic stop on the European Tour and it would be amazing to get my first win there.”

Rafa Cabrera Bello: “It obviously has a lot of history within Europe but I think to all Spaniards it has a special place in our hearts.

“When you’re a kid and the biggest event you can play is the Spanish Amateur and every Spanish amateur championship there is and this being the pinnacle of Spain’s golf – the biggest event you can win in Spain for golf, regardless of everything else. I’ve had some success in the past in this event, it has a special place in my heart and hopefully I can lift the trophy some day.

“I always enjoy a lot playing in Spain. I always feel the support of the crowd, Madrid is one of my favourite cities and the fans always come out in big numbers here so you always feel the love and their encouragement.

“It’s been a hard two years. Obviously I’ve dropped down a lot on the world rankings and the scores haven’t been going the way I want. There have been some moments where I’ve really felt a little lost and not understanding why. I don’t feel like that right now. I know my game is much better, I know I’m hitting the ball much better and I know the good scores are right around the corner.

“I just have to be patient, it’s something I hate to do but that’s the only way, just be patient, keep working, keep working on building my confidence again and trusting myself and I know the scores will come.”

Bernd Wiesberger: “It is weird because there was a lot of hype and a lot going on over the last few weeks ahead of the Ryder Cup, so you are on such a high coming into the week, during the week, and then trying to get into the day job as you say, it is kind of difficult.

“That week brings a lot of excitement for me to push for 2023, it’s an unbelievable motivator to play well and to make the team again, and that helps motivate me coming into this week after the Ryder Cup and to be here playing in Madrid. It’s the first time I have been to Madrid, I have never played a golf tournament here, it’s a lovely course and I am looking forward to the week and the tournament.

“I had to kind of reset the goals a little bit. Not only short term but the long term because I dropped a little bit in the world rankings, so I want to make up a bit of ground there to get closer to the top 50 and try to qualify early for the first Major of the year at Augusta so that is a big goal, especially for the end of the year. I believe I am 13th in the Race to Dubai, so I am trying to push in those last four events that I play until the end of the year to see if I can pick up a few spots as well.