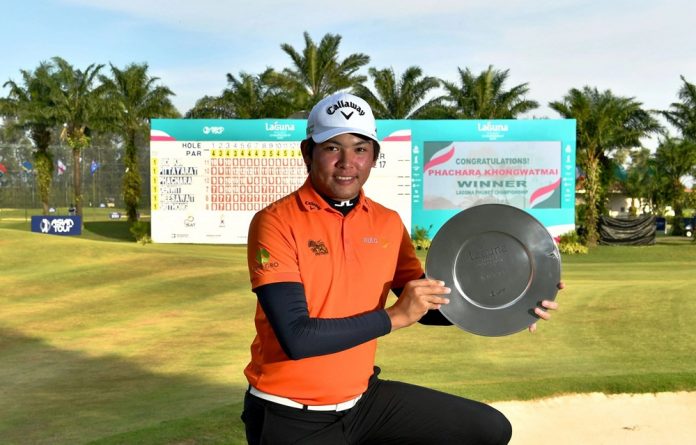 Phachara Khongwatmai finally secured his breakthrough maiden win on the Asian Tour when he claimed the US$1million Laguna Phuket Championship after a gripping finish at Laguna Golf Phuket.

He holed a pressure-packed 12-foot par putt on the 18th to avoid a sudden-death play-off and beat countrymen Panuphol Pittayarat and Denwit Boriboonsub and Korean Bio Kim by a solitary shot. 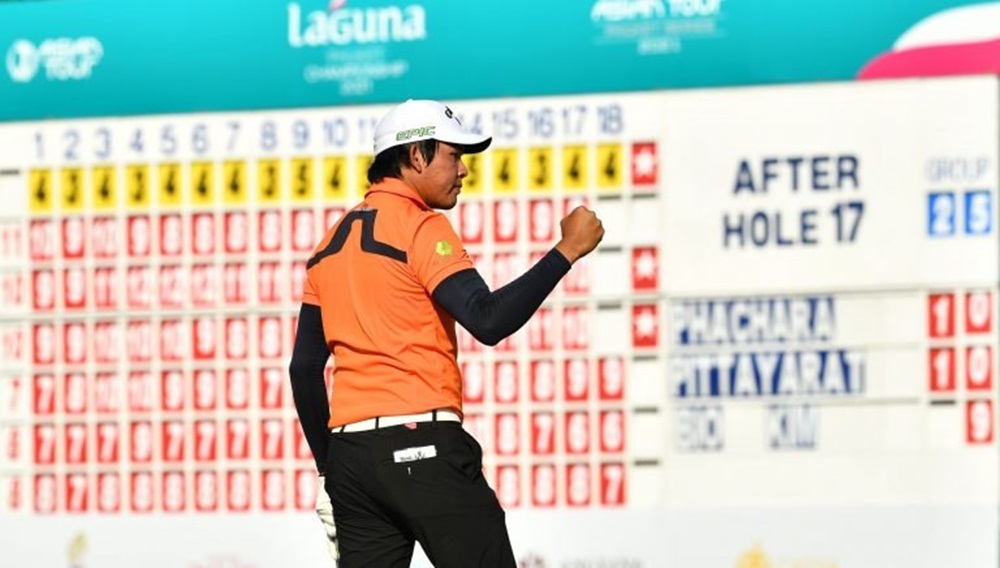 Phachara, who first hit global headlines when he won a professional event aged 14, claimed the biggest tournament of his career so far after closing with an even-par 70 for a winning total of 10 under, on a difficult day when the wind speed reached 25 to 30km per hour.

“I feel very happy, and very excited for this win. I have been waiting for about six years. Right now, it is my time, and I feel great,” said 22-year-old Phachara ‒ six-times a runner-up on the Asian Tour.

“Today was quite difficult because it was tough wind. I have never played this wind in Thailand before. Today was tough, and all about who can make the score. That last putt is my last chance for 18 holes but if I missed I knew I had another chance in a play-off. But I had that putt from that place before when I was here in quarantine.”

The Thai star has won twice before on the Asian Development Tour, both in 2015, while it was back in 2013 he triumphed in the Singha Hua Hin Open as a 14 year old amateur.

The tournament developed into a two-horse race over the closing holes between Phachara and playing-partner Panuphol. The latter held the lead for much of day but bogeyed three holes in a row from the 13th. 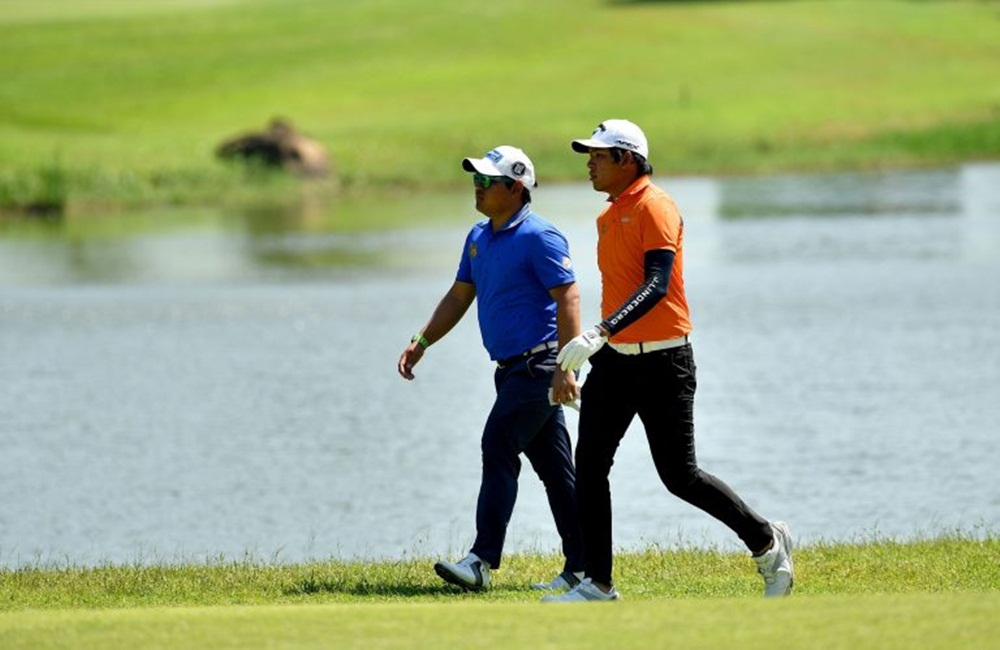 A pivotal two-shot swing saw Phachara draw level with Panuphol on the par-five 14th, where Phachara made birdie while Panuphol bogey.

And Phachara moved one ahead on the following hole when he made par while Panuphol registered another bogey.

The momentum was in Phachara’s favour but drama was soon to follow when he three-putted 17, after missing a seven-footer for par, to leave them both tied on 10 under playing the par-four 18th, with Kim, also playing in the group, one back.

In a nail-biting finale, Panuphol ‒ whose approach shot landed 15 yards short ‒ chipped to 15 feet but missed his attempt, while Kim’s birdie putt from 22 feet also slipped past the hole.

Earlier, Phachara had had to deal with a difficult 40-foot birdie putt, which sped past the cup to set up victory with the last roll of the dice.

Bio, like Phachara was looking for his first Asian Tour win having led after each of the first three days and had started the final round with a one-shot advantage over his two playing partners.

But he got off to the worse start possible with four bogeys in the first five holes. He was out of contention for most of the day until presented with a chance to make extra time on 18.

“It was another difficult day when I could not find my rhythm, but I still had some chances with some putts coming in. I am proud of the way I hung in there,” said Bio.

The tournament was the second and final event of the Asian Tour Phuket Series.

The Asian Tour heads next to Singapore, where two 2020-21 season-ending events are being planned.