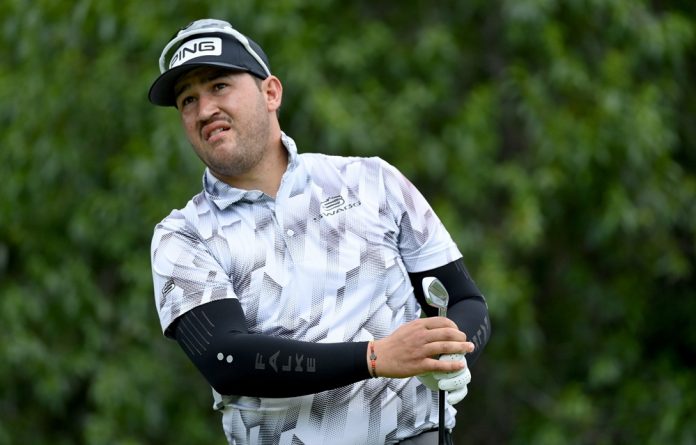 The South African managed to avoid the storms around Randpark Golf Club on Friday to record a second consecutive round of 65 and get to 12 under par, four clear of countryman Zander Lombard, who carded a 67.

Lawrence is playing just his 22nd DP World Tour event this week and seeking to add to the Sunshine Tour win he claimed at the 2019 Vodacom Origins Stellenbosch.

England’s Ashley Chesters is at seven under par, one ahead of Spaniard Angel Hidalgo, with South African Hennie du Plessis in the clubhouse at five under.

After play ended early due to dangerous conditions on day one, two hours and 33 minutes were lost to storms on day two, with the field facing heavy rain for much of the time after the resumption.

Home favourite Shaun Norris was the best of the afternoon wave at six under with seven holes of round two to complete on day three.

Round two will resume at 6.30 am local time on Saturday, before the third and final round. The Sunshine Tour, DP World Tour and City of Johannesburg have decided to reduce the tournament to 54 holes following international travel restrictions imposed on South Africa on Friday due to the emergence of a new COVID-19 variant in the country.

Thriston Lawrence: It’s been lovely. Everything seems to be working well. I’ve made three eagles in six rounds so that’s six under just there.

I’ve been hitting it nicely off the tee and putting nicely for a change. I know this golf course quite well so I’ve got great confidence on the greens.

The first two holes into the wind were crucial for me. I made two nice two-putts for pars there, and then on the third I hit it to three foot for the first birdie.

That gave me some momentum, and then the fourth and fifth holes were downwind and I made two good birdies there. There were a few sneaky pin positions out there but I managed to keep my approaches on the right side of the hole.

I’m happy for where I am now. Obviously there’s a lot of expectations but I’m just going to go out and do what I do, it’s still a normal day on the golf course.