Former Ryder Cup player Barry Lane hopes to make it two wins in as many weeks as he prepares to tee it up at the Travis Perkins Masters at Woburn.

Lane stormed to victory at last week’s Willow Senior Golf Classic at Hanbury Manor, carding the Senior Tour’s lowest ever round, a 12 under par 60, en route to his five stroke victory.

After moving up to second on the European Senior Tour Order of Merit, Lane is determined to make a charge as he aims for the top spot.

“I have finished second twice on the Order of Merit, and third twice. I’m up to second behind Chris (Williams) and I really want to push on from now. I am playing well at the moment, but it’s a new week and that’s the beauty of this game.

“I don’t know if my score of 60 has sunk in yet. To think you’re only six birdies away from 18 under par. People say 59 is the number to get to, but really it’s 54 if you want to birdie every hole.

“12 under par is an incredible round and it felt like flawless golf last week.”

As a regular host venue of the British Masters over the last three decades, Lane and his European Senior Tour colleagues have many fond memories of the magnificent Duke’s Course at Woburn.

“I have played here many a time and have some great memories of this place,” said Lane. “It really has stood the test of time and it’s in great condition.

“It’s a course that is quite intimidating off the tee. You have to drive the ball well and if you miss greens it can be quite difficult because they are firm.

“The Duke’s Course is a real shot-makers course. You have to drive well, chip well and putt well to win here. It’s a proper golf course.”

Defending champion André Bossert is also in high spirits as he returns to the course where he won his first Senior Tour title. The Swiss finished four strokes clear of Philip Golding and Ian Woosnam as he became the eighth player to have won on all three levels of the European Tour.

“It’s nice coming back as defending champion and seeing my picture everywhere,” said Bossert. “I’m feeling good being back here, it’s one of the nicest courses we play on and I’m ready for this.

“It’s all about strategy around this course; it’s like a game of chess. You have to plot the ball on the fairways and the greens, which have different tiers. It’s all about accuracy, and if you miss the green it goes down to a good short game.”

1991 Masters Tournament champion Woosnam headlines the field at Woburn, and is joined by fellow former Ryder Cup Captain Mark James, winner of the British Masters on the Duke’s Course in 1990.

Scotland’s Gary Orr, who has finished tied third and second in his last two Senior Tour appearances, holds the course record at Woburn – 62 – which he set in 2000 when he won the British Masters. 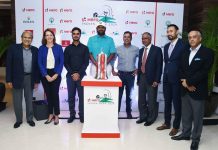 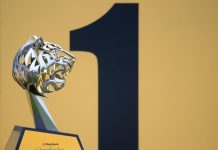