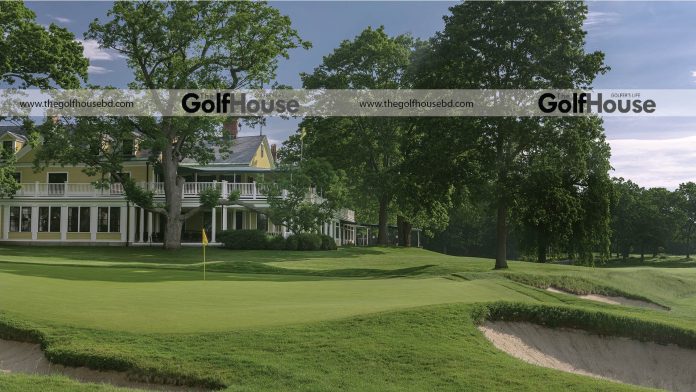 The Country Club, in suburban Baston, has hosted memorable events in its century-plus history. The fireworks include amateur Francis Ouimet’s stunning win at the 1913 U.S. Open and the explosive “Battle of Brookline” at the ’99 Ryder Cup. Expect sparks again when the Open returns to the course this month—and golf’s bomb-and-gouge young guns run up against TCC’s ageless, unbending beauty. 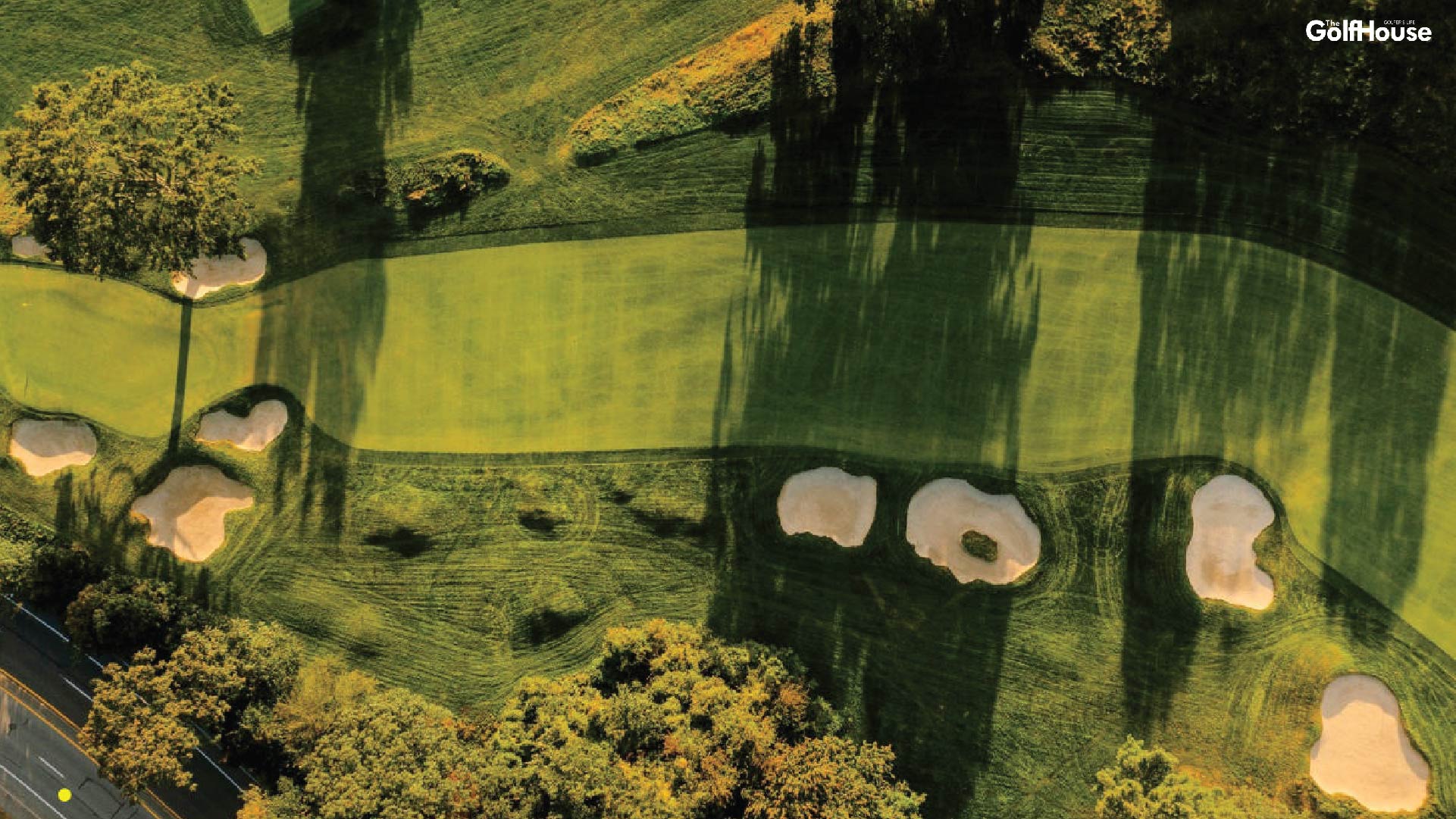 But this year, there was nary an eagle on the 15th hole at Augusta National. In 2014, Pine hurst No. 2 with no rough and the widest fair way sona Golden Age course in the modern history of the U.S. Open clobbered everyone but winner Martin Kaymer.

What’s a golf fan to think? Times they are a-changing, yet many of us are still drawn to the thrill of the sport’s traditions. Each season, everyone of the four major shas a role to play, and it would be at ragedyif, through the in creas in gly routine course twe aks now being made to “test” today’s Tour pros, the ymor phed into similar events.

Well, the site for this year’s U.S. Open The Country Club, in Brook line, Mass. will definitely be doing its part, reminding us how U.S. Open courses have historically been presented.

Eighteen holes already existed here prior to the advent of the game-changing rubber-wound-core Haskell ball in 1901.
Ever since, the only constant atthe old est country club in America has been
change, with more than 10 architects having worked on the course in its 129-
year existence. And that is very much a part of it scharm. This is n’t one architect’s
200th course. The Country Club has, in time, evolved into its own, fantastically
in imit ablething, unified masterfully by a Gil Hanse restoration that began in 2007.

Interestingly, the exact configuration of holes for this year’s Open will be used
for the first time. The USGA’s new routing—a combination of holes from TCC’s
three nines—is compelling, with its art full mix of old-fashioned features and
small greens and rough imperiling the sides and back of each putting surface.
Players, consider yourselves on notice.

Overall, the greens nestle into their surrounds and are sloped either back to-front or side-to-side. They’re tiny too.
Among current U.S. Open sites, only Pebble Beach features smaller targets. No
doubt that some pros will jawbone about them, but Hanse has actually expanded
the greens in size by 20 percent since the course hosted the Ryder Cup—the heated “Battle of Brookline”—in 1999.

Then there’s the wind. At the 1963 Open, it blew sufficiently to where, after 72 holes, the tournament’s three leaders sat at +9! (Julius Boros eventually won the playoff.) But wind isn’t essential for The Country Club to be a rigorous test. Under any scenario, relentlessly staying in position will be the task. Long over any green is not your friend, and gunning for back hole locations will be folly.

Case in point: The par-3 6th plays to a double plateau green, courtesy of Willie Campbellin1894, that features a steep fall off left and to the rear. There’s no bunker behind the green to “save” the player from the prototypically nasty U.S. Open rough. Yes, it’s the largest green on the course, and, yes, Tour pros conjure all sorts of amazing up-and- downs most weeks. But this week will reward those with the discipline to resist flag hunting such “sucker” hole locations as front left, behind a yawning bunker, or back right, on the upper plateau. When Nick Faldo and Curtis Strange (p. 76) duked it out in the 1988 U.S. Open, they were masterful in staying below the hole as they tacked around the entire course.

The blend of holes at The Country Club is bewitching. To miss the green
on the steeply downhill, 131-yard 11th (p. 80) is to open Pandora’s Box. Even
with a 60-degree wedge in hand, draw the wrong lie in the spinach and you risk sliding across the 17-yard-wide green.
And if you think that first recovery shot is difficult, try the second one.

Tour pros
conjure all sorts of
amazing up-and-
downs most weeks.
But this week will
reward those with the
discipline to resist
flag hunting “sucker”
hole locations.

How players handle the 310-yard, par-4 5th will be fascinating. It plays uphill to a small green ringed by rough and bunkers. What will the pros, who commonly run roughshod over short two-shotters, do?Will a player be humble enoughtohit, say,6-ironoffthe tee? One thing he shouldn’t do is chase the perimeter hole locations recovered by Hanse. Miss those and you’ll go from being the hunterto the hunted.

Both the 5th and the par-3 11th will pit technology and the golfer’s confidence that he can summon pretty much any shot—against small targets that resist aggressive approaches.This showdown
of old versus new permeates the design. Think you can hold the 18th green with its fronting-cross bunker while playing out of five-inch-deep rough should you miss the fairway? Let’s hope not.

Some daunting 4½-par holes best highlightthe allure of the club’s rugged New England topography, specifically the 3rd and 10th, both 499-yard brutes. Bothworld-class hole sweave past pud dingstone ledges and intrusive shoulders from hillsides. Many other holes elbow in one direction or the other. It’s hard to believe players will hit driver on some of them,like the 373-yard, par-417th, which bends left, past four bunkers, to a slen der and minuscule green. Other fairways feature bunkers 20 to 60 yards short of greens. Think they’re out of play? Miss a fairway and they become a factor, even for the world’s best. (Orbrainiest. TCC is home to the Harvardgolfteam.) Getting up-and-in from 80yards will be important, even ifitisn’t glamorous.

Finally, only two par5s exist, so no free bies this week! One of them, the 619-yard 14th, is among the hardest par5s I’ve ever seen. It’s also one of golf’s best relatively unknown holes, borrowed as it is from the club’s third nine, Primrose. Hitting the fair way is critical to stairstep ping 30 feet to the next level of fairway with your second. Otherwise, be prepared for a blind 150-yard approach from the base of a hill to an angled green. Too many par 5s let golfers just slap the ball around. No there.

THE DIRECTION course design has taken in the 21st century is to be applauded. Fifty-yard-wide fairways and engaging greens framed by short grass—this provides ample challenge and plenty of fun for the greatest num be rof players. I love what it brings to the game. But for this one week, that won’t be the brand of golf on display.

I, for one, will be absolutely thrilled to see course discipline take center stage once again. The Country Club is a strict old schoolmaster, and few will get a passing grade at the 2022 U.S. Open.
But reflecting back, the sport’s best may just become better, smarter golfers for the experience. 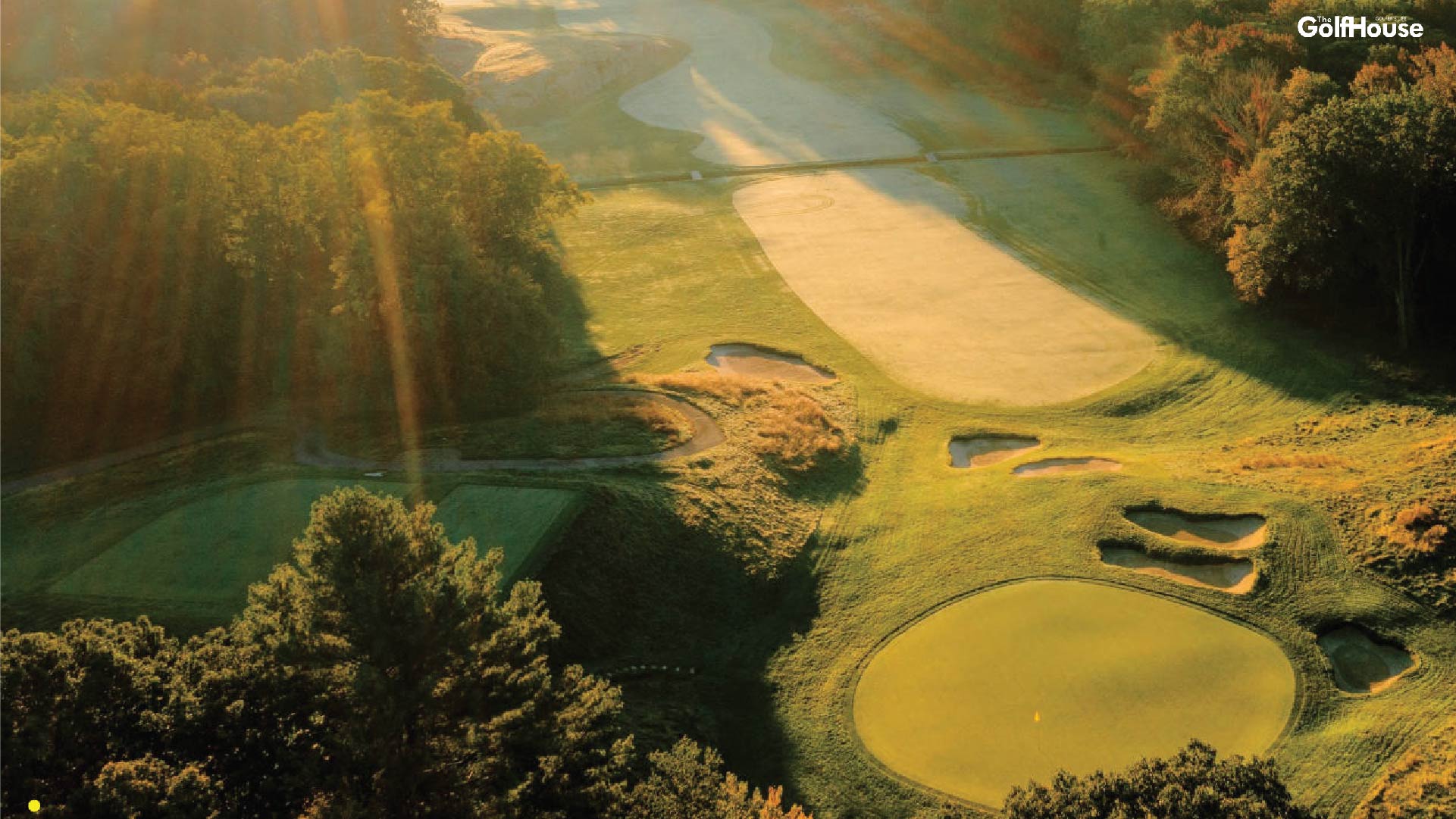