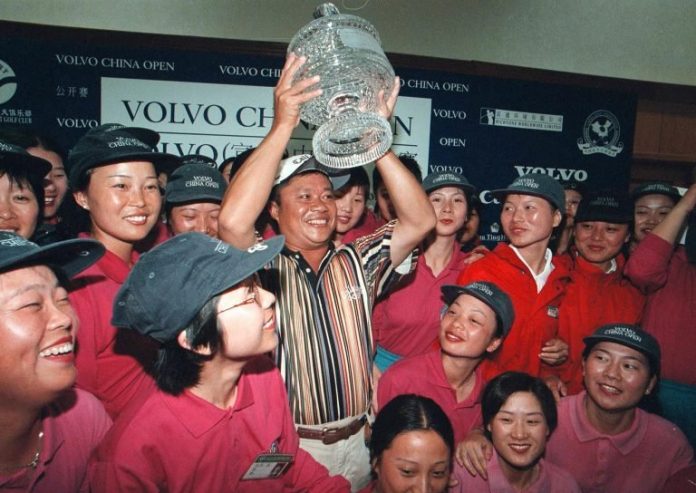 My career spanned 25 years. In the early 90’s the Johnnie Walker Classic was one of the best tournaments in Asia. It was played on really good courses with top-class star players and the atmosphere of the event was incredible. The same goes with tournaments in Australia – like the Australian Open and Australian Masters. It was fun to play in Melbourne.

In Asia in the last 15 years, the Singapore Open, the Maybank Championship and the Hong Kong Open are my favourite events; they are played on really good courses and the events have a great atmosphere.

I don’t have a real favourite but I prefer the old traditional layouts. During my career I was fortunate to play the Sandbelt courses in Melbourne; Kingston Heath and Royal Melbourne are, in particular, my favourites. Especially the way the holes are designed, the bunkering, and the fact they test shot making. They don’t favour a particular kind of shot, you need to play all kinds of shots. Even in recent times the scores were not low on those courses, which shows that power doesn’t come into play. The same would apply to great Open courses like Muirfield, Carnoustie, Royal Birkdale etc. I would love to have played US Opens on traditional layouts like Winged Foot, Baltusrol, Marion etc

Closer to home, Sentosa’s Serapong Course is right up there, as is the Composite Course at the Hong Kong Golf Club ― used during the Hong Kong Open ― plus Delhi Golf Club and Royal Calcutta, come to mind. There are a lot of good courses in Thailand too.

You won 12 times during your career. Which one did you enjoy the most?

My best win would be the 1999 Volvo China Open. It was raining and windy all four days and I won by eight shots. My father walked with me for all four days in that weather and he was 75-years-old! After that win I played well all year and won the Asian Tour Order Of Merit. The 1994 Singapore Open at Tanah Merah and the 1997 Rolex Singapore Masters at SICC Bukit were also memorable, and ironically I’m living in Singapore now!

Best thing about being a Tour pro?

I had wanted to be a pro golfer since I was 10 years old. I’ve been very fortunate to pursue a sport that I loved. Traveling all over the world, meeting new people, making so many friends, and playing a lot of great tournaments and golf courses. I was the only Asian playing in Europe in the 80s and in Australia. I cherish those moments. And, now that I have stopped playing, I reflect on those moments all the time.

I played in Europe for about five years. When I didn’t get into the main tour events I played the tours in Sweden and France, Germany and Italy. There wasn’t a structured Challenge tour in those days. In those days we kind of made up our own tour and a lot of players just travelled together. In the summer I played in Europe and then in October I went to Australia. And then I played the old Asian Tour from February to April. Without any centralized circuit we played around the world. Pretty much most of the players did the same thing.

I tried the US PGA Tour Q School five times, and got to the finals but never really got my card. I could have stayed there more, and played mini tours, but I decided the best thing was to play around the world. Maybe I was just burnt out by the time I played in their Q School in September/October. That was a disappointment but I have had a lot of enjoyment from being a Tour pro. 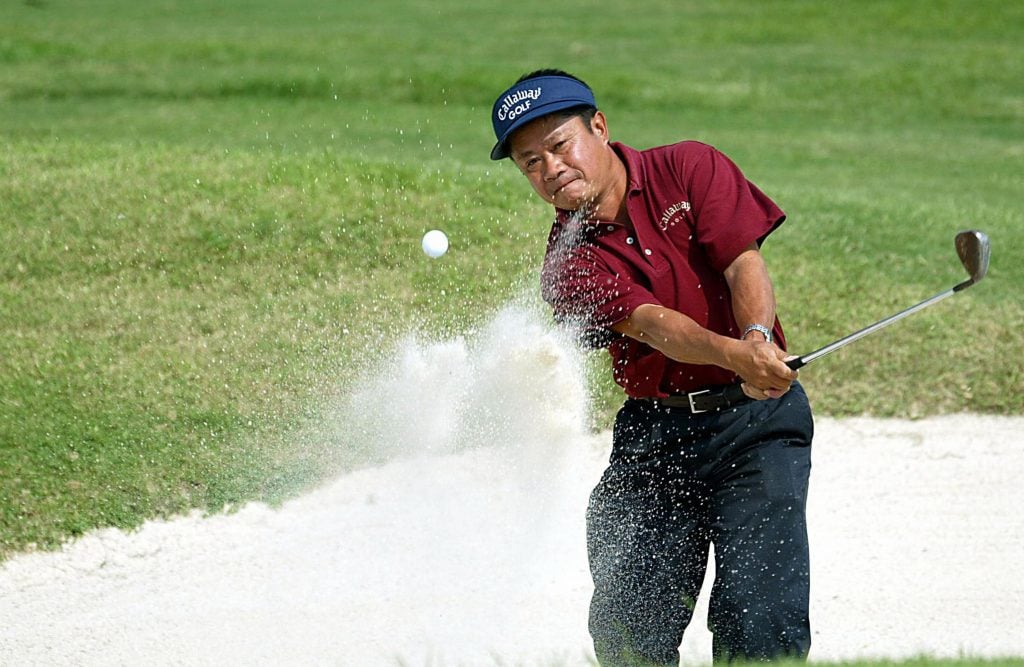 Most nervous you have been on the course?

What do you consider is the best shot of your career?

I really remember the drive I hit on the last hole of the 1994 Singapore Open at Tanah Merah. I had a one-shot lead and I knew if I hit a good drive I’d be ok.  I was really nervous but I hit the longest and straightest drive of the four days. The first three days I had a four or five iron in for my second on that hole but I had an easy seven on the last day. I used a Callaway Big Bertha – they had just come out – and a Titleist balata 90. I used that ball because it was soft, it didn’t go far, but with my irons I got a lot of control, I like to work the ball.

Worst shot of your career?

I shanked a shot playing with Tiger Woods in the 2000 Johnnie Walker Classic. That was probably the most embarrassing because it was a par five at Alpine. It was over water and I hit a great second shot just over the green and was looking at a birdie; it was an easy chip but I shanked it and I made six.

And, there was once in Australia when I was leading a tournament and I had a two-shot lead going into the last day. The first hole was a par five and I hit my second 10 yards short of the green but I basically just chunked my third and made six, and pretty much didn’t have a good round. Your best ever putt?

It wasn’t through putts that I won tournaments, there wasn’t a key putt. I remember the putt I made on 17 in the Korean Open in 1999, I was going head-to-head with KJ Choi. I was one behind and I had a 30-footer downhill that was almost impossible to make, but I holed it to put some pressure on him and to go one back into the last hole. I hit a great shot into 10 feet on the last but I missed it and I lost by a shot.

I made those putts when I really needed them; I still think about those putts. I was using the broom handle putter then ― I had switched in 1996 ― and I am still using that putter today. It’s in my bag; they don’t make them anymore.

Who is your favourite golfer?

I grew up admiring Jack Nicklaus. My father was a big fan of Jack and he gave that book Golf My Way by Jack Nicklaus. I basically learned a lot from that book. I was 10 years old and that book was my bible. I met Jack at the 2013 Presidents Cup, when it was held at his course Muirfield Village in Ohio. I was Chairman of the Asian Tour, and I got to have lunch with him. I told him that I learned golf from his book and he said he’d give me another one with his signature on it!

Nowadays it would be Tiger Woods. When I played with him in 2000, I could see that there would not be a player like him for a long time. 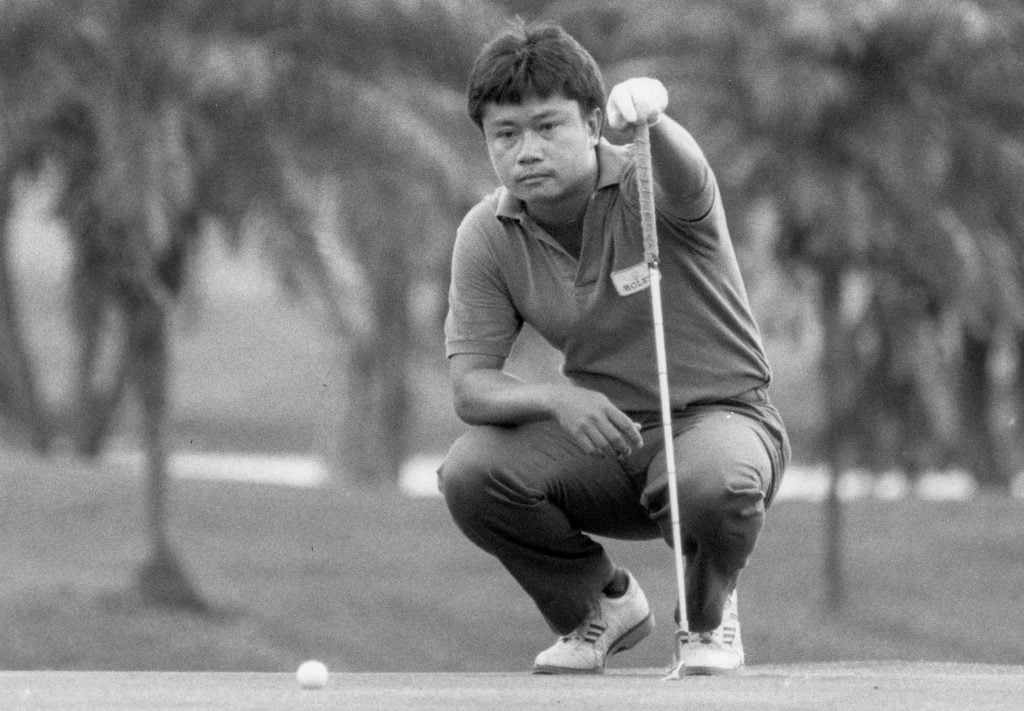