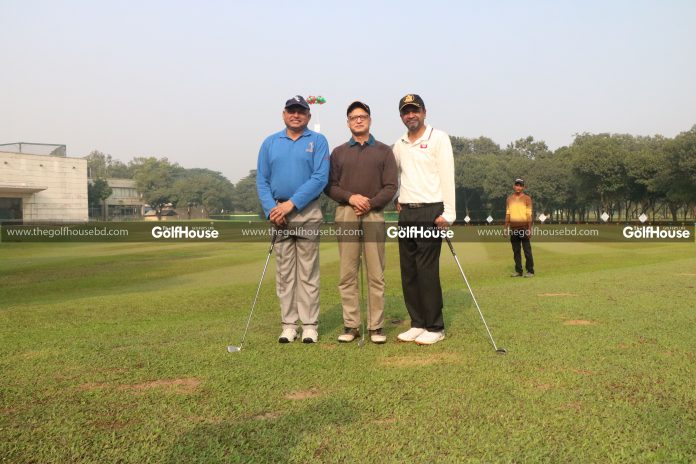 It’s a stereotype we’ve all heard. In fact, for a lot of people, it seems that doctors go through life with a stethoscope in one hand and a golf club in the other. It never seems to die.

Unfortunately, this stereotype carries a somewhat negative connotation. Golf is thought of as a wealthy person’s sport and physicians are thought to fit the demographic. It makes doctors seem almost elitist.

Of course, it doesn’t help that time after time, this idea of doctors and golf continues to be reinforced in the media. One of the most famous of the golfing doctors is Dr. Beeper from the movie Caddyshack.

But the media’s love affair with doctors and golf doesn’t end there. Golf Digest actually used to run a ranking of the “Top 250 Golfer Doctors in America.” In one of the most telling quotes from this list, the author stated that “when they’re not busy saving lives, doctors love to play golf.”

In western world, we find that very few physicians find the time to be able to hit the golf course these days, especially young ones.

Unfortunately, most physicians simply cannot find that much time in their busy week. You might find some physicians at the end of their careers who are able to take a day off for golf, but not those whose careers are just beginning.

Given the demands of building and sustaining a practice, or the fact that many find themselves employees of hospitals or health systems, taking an afternoon off just isn’t a realistic possibility. Waiting until the weekend is no better because we’re then forced to decide between a round of golf and precious time with family.

So the stereotype just doesn’t seem to ring true today, but could golf actually serve a purpose to those as physicians?

Doctors do love playing golf. It helps that as an anesthesiologist, they work long shifts, which allows them some time during the week to play. The reason doctors play is simple: to feel that there’s no better stress relief. Yes, there’s the occasional frustration with a bad shot, but there’s just something about being out in the open air and enjoying the company of friends for a few hours.

Unfortunately, burnout amongst physicians is a growing epidemic. Many doctors deal with daily decisions that could make or break someone’s life. These things tend to accumulate. Doctors should find something that provides a healthy outlet for this pent-up stress and make it a priority.

Still, even the most accomplished golfers among medical doctors do not seem to hold a candle to professional players. “Overall, physicians [are], at best, average golfers,” the researchers write.

However, if you were hoping for better news about your physician’s golfing skills, all is not lost. The researchers warn that theirs was an observational study, which only took into account U.S.-based doctors, so it cannot offer a solid overview of all physicians’ golfing skills and habits.