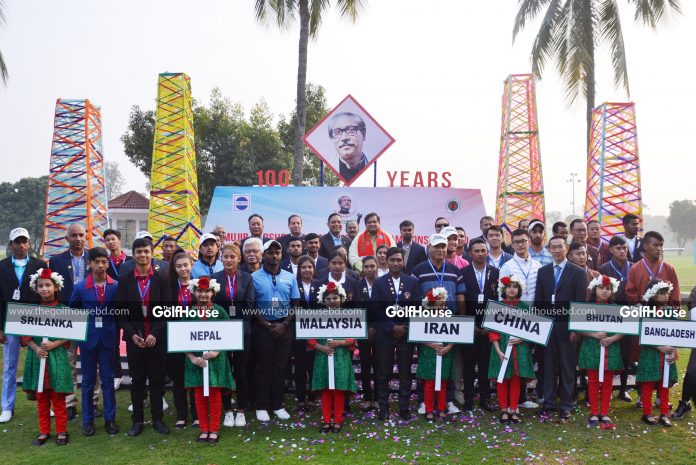 Md Samrat Sikder of Bangladesh made a clean sweep  to lift in Mujib Barsha Cup Amateur Golf Championship 2020 title at the end of fourth round on Saturday at Kurmitola Golf Club course in the capital recently. 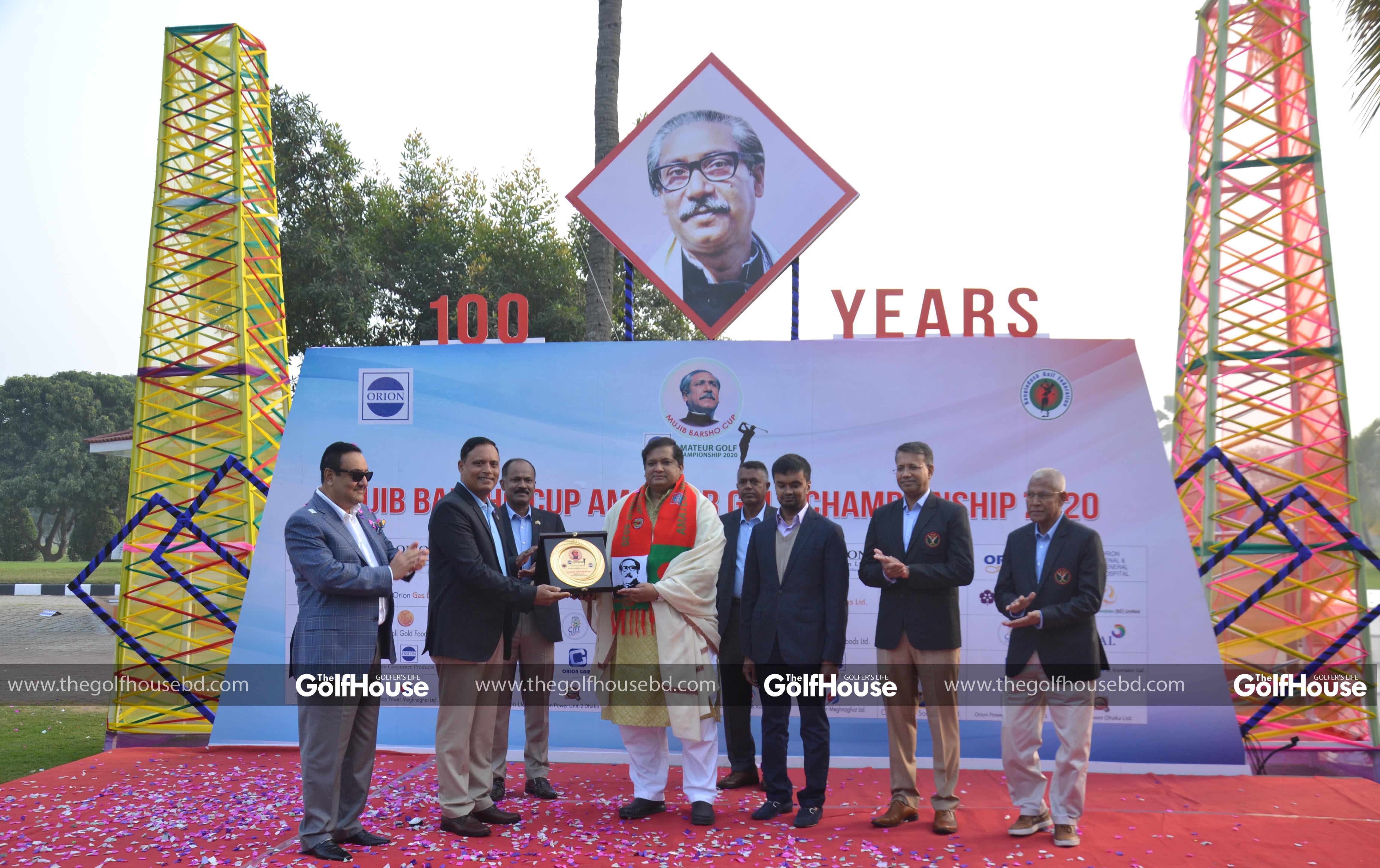 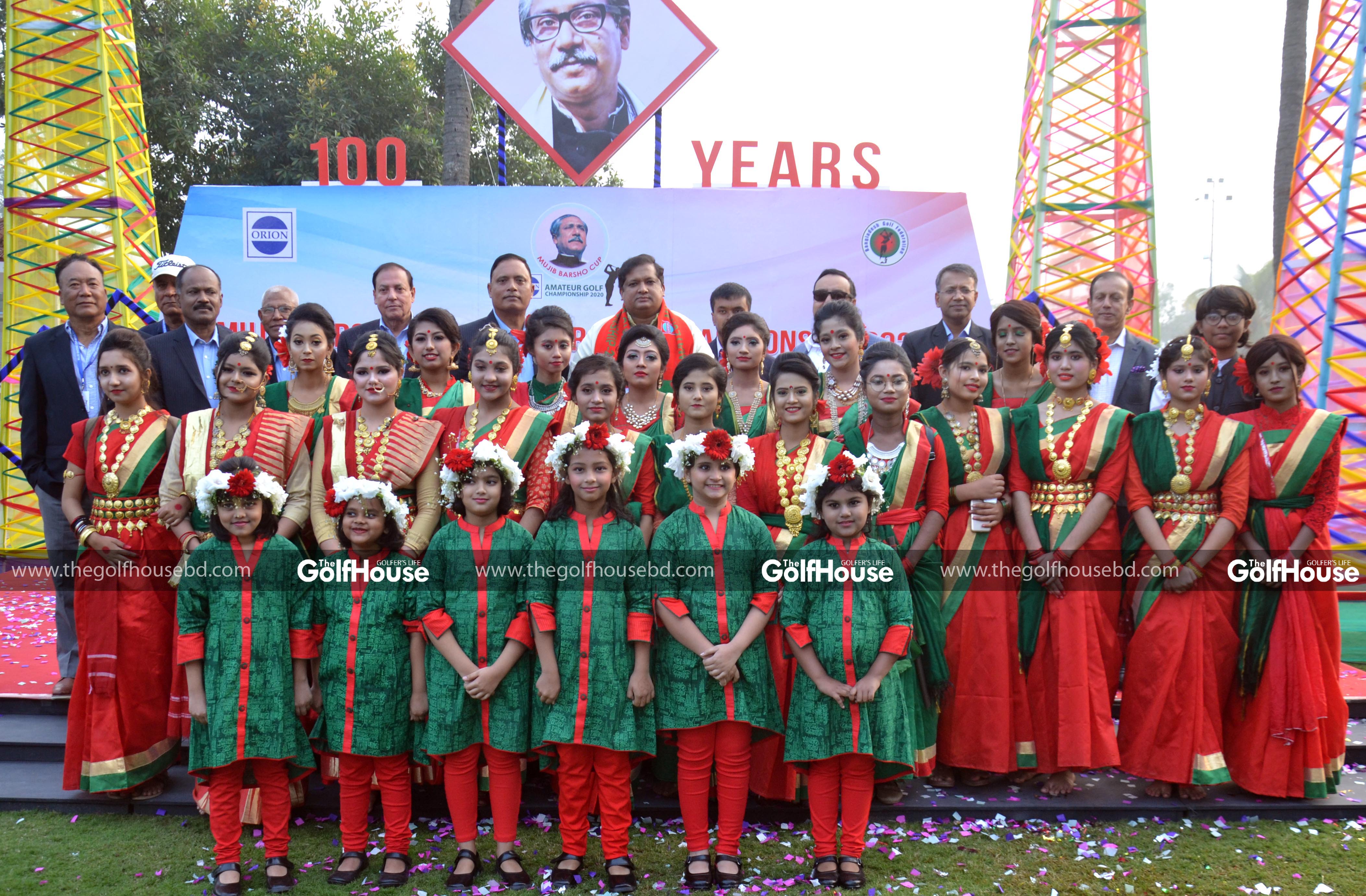 Mohammad Farhad and Sainik Shahab Uddin scored same (298) but the result (runner-up and 3rd position) have been decided on back count basis. 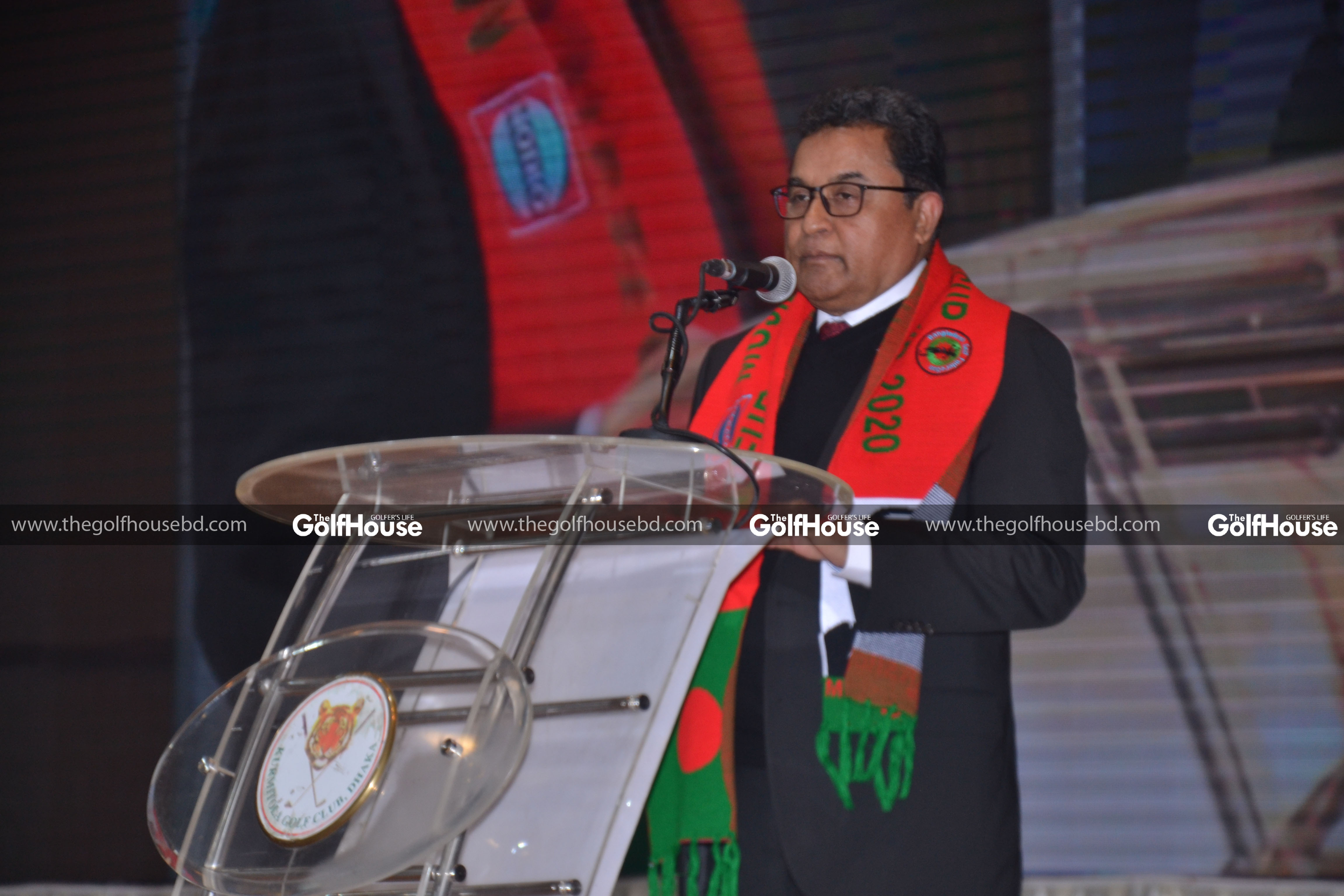 Orion has been the proud sponsor of this prestigious event for last few consecutive years. Orion is also the permanent Sponsor of the ‘Orion Illuminated Driving Range’ of Kurmitola Golf Club. 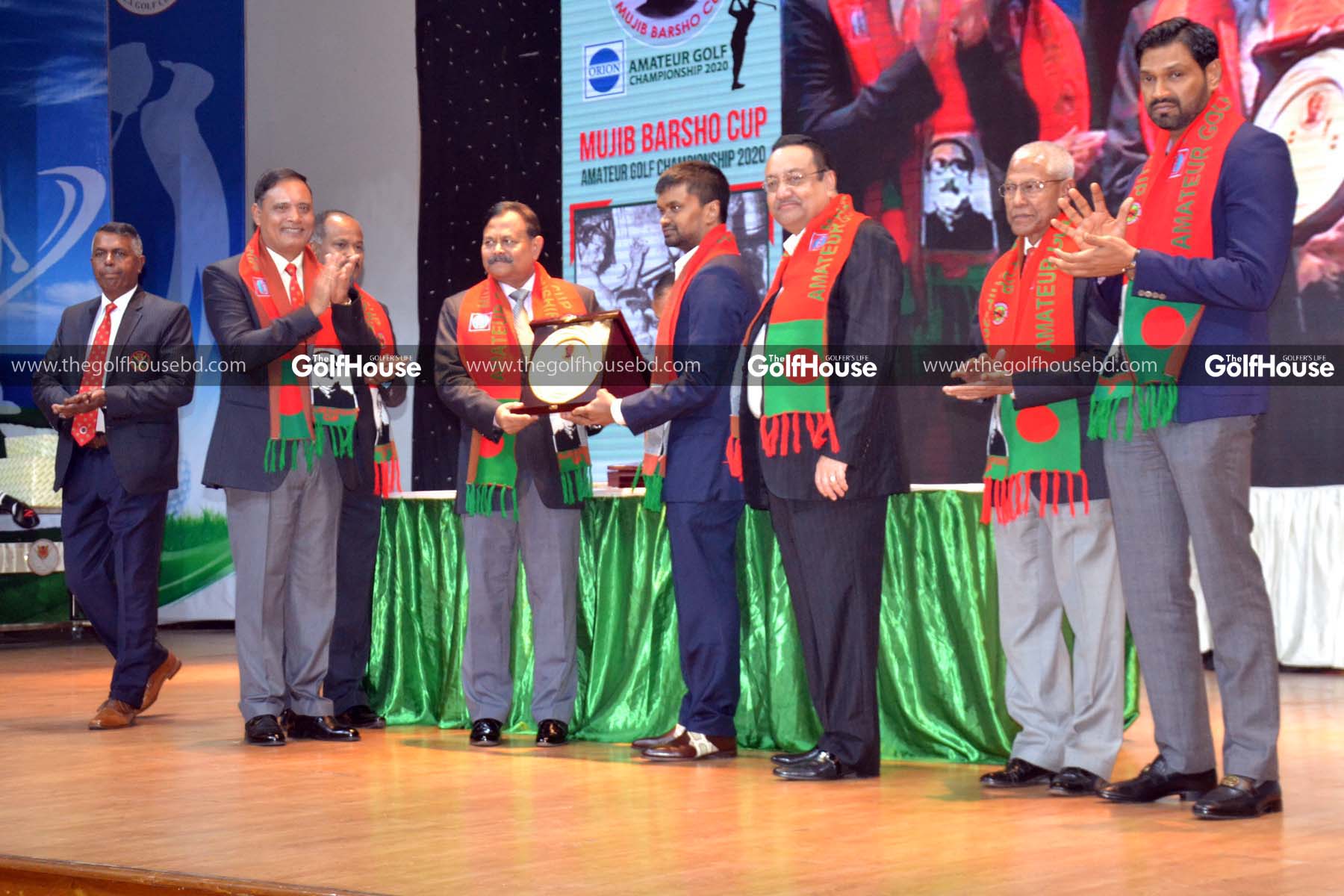 The program started on January 07th by raising the flags of the participant countries with respective National Anthems. The event was inaugurated by the State Minister of Youth and Sports Mr. Zahid Ahsan Russell, MP. Mr. Salman Obaidul Karim, the Managing Director of ORION graced the occasion. 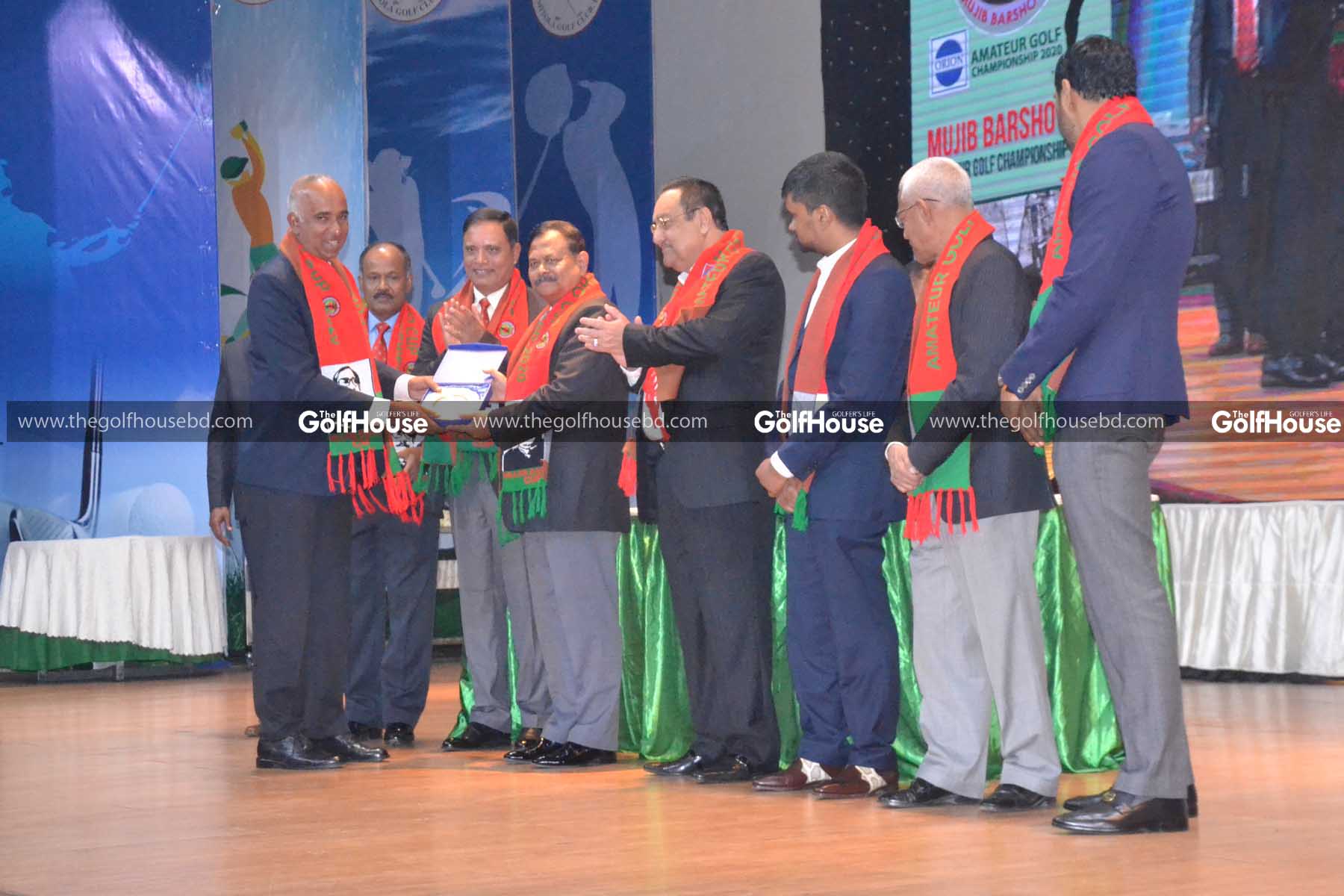 The 4-day event was successfully closed on January 11, 2020. While Mr. Salman Karim delivered his valuable speech at the Closing event, he reiterated his commitment that Orion would continue promoting golf even at international levels. 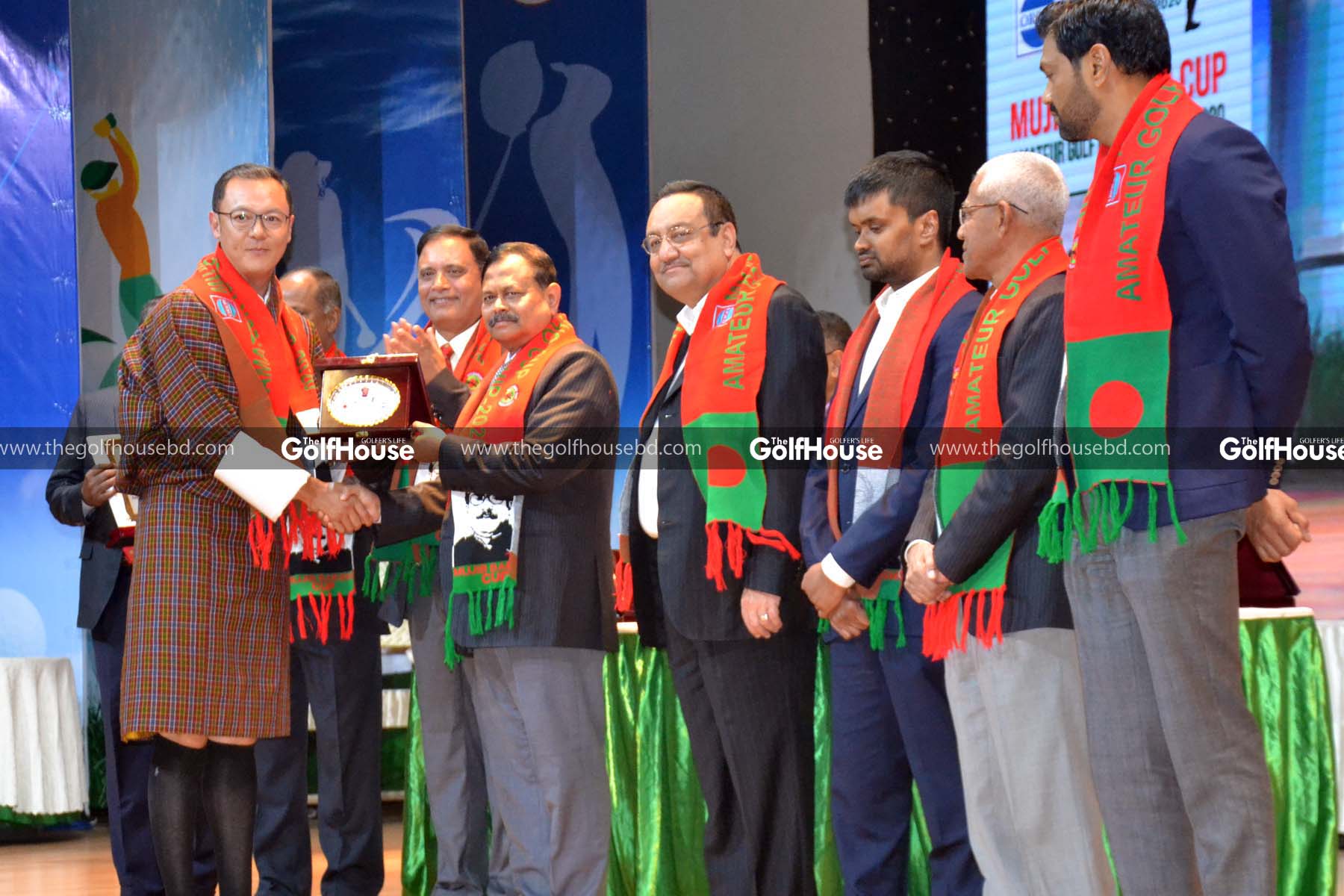 At the closing ceremony with the Hon’be Minister of Finance Mr. A H M Mustafa Kamal, MP FCA as the Chief Guest and General Aziz Ahmed, Chief of Army Staff as the Special Guest, the prize distribution ceremony followed by cultural performance was also held. ORION, the biggest sponsor for amateur event in Bangladesh proved their dedication for the development of golf once again by sponsoring this prestigious event for several years. 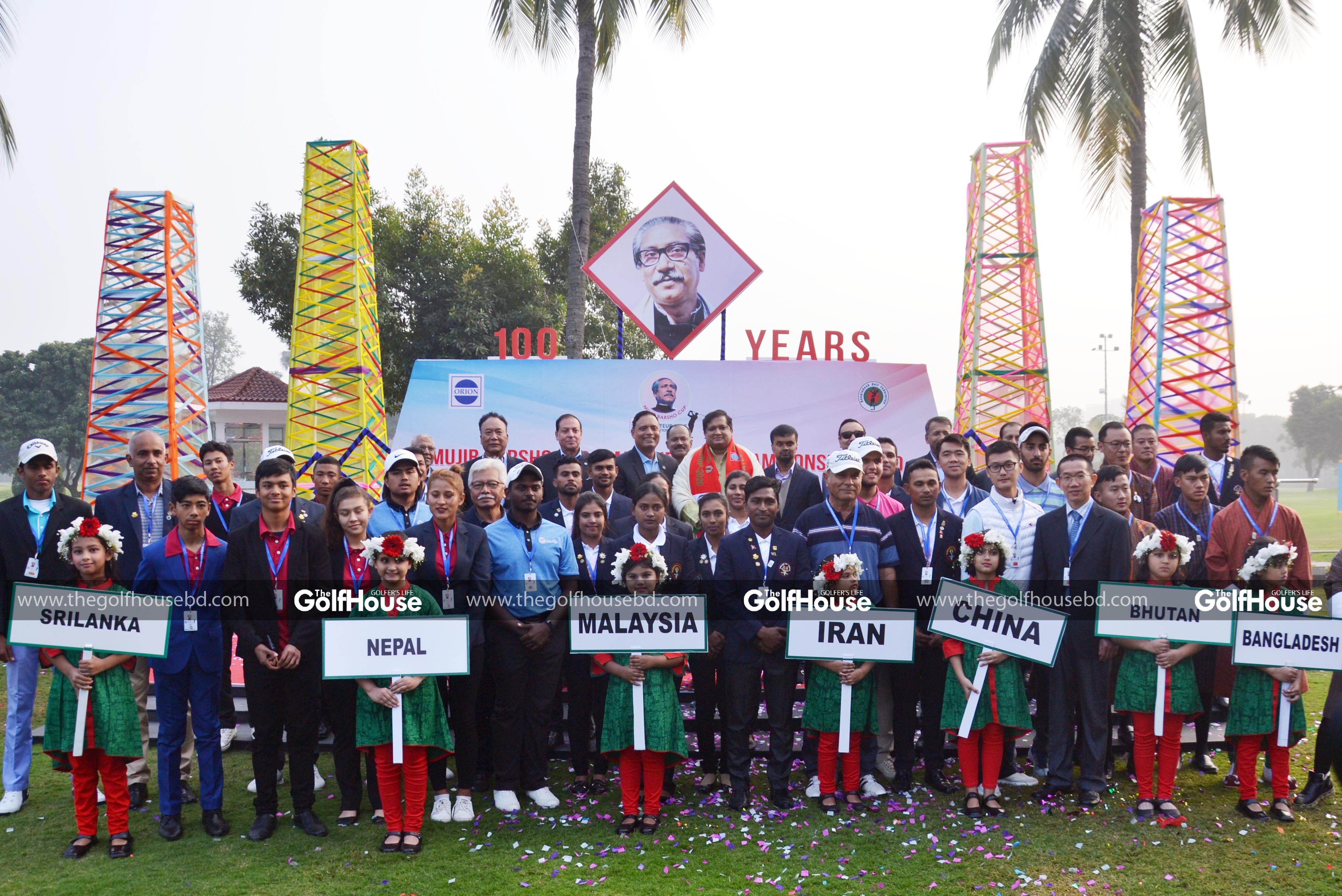