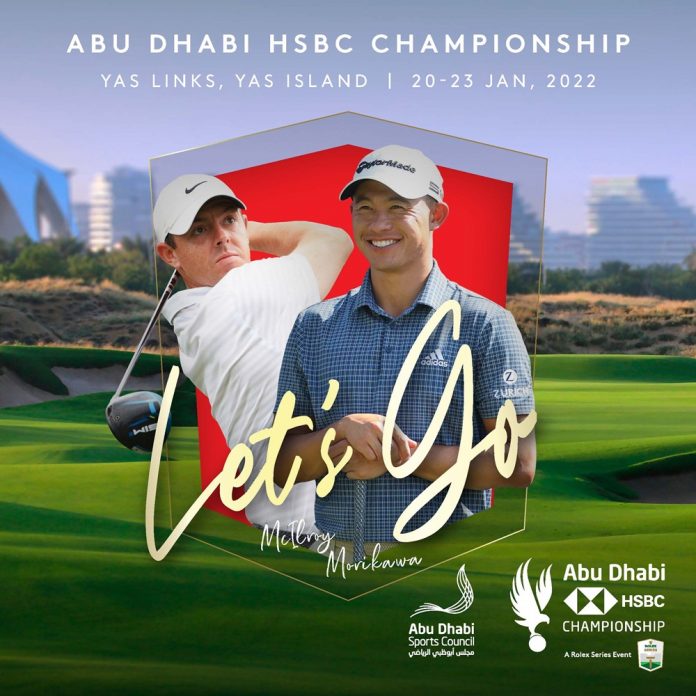 Morikawa rounded off a stellar year with a season-ending victory at the DP World Tour Championship, his maiden Rolex Series title, and will begin the 2022 campaign as the reigning DP World Tour Rankings Champion after beating his fellow American Billy Horschel to first place in the season-long race.

The World Number Two had already sealed a debut victory at the 2021 Open Championship – his second Major win – on top of a World Golf Championships title at the WGC – Workday Championship at The Concession in February.

“I cannot wait to return to the Middle East and play the Abu Dhabi HSBC Championship for the first time,” said Morikawa. “I have heard great things about the event and it always attracts a world-class field year on year, but I know this year will be extra special at Yas Links for the first time.

“It’s a course which I know is hugely popular amongst the players from the Pro-Am that has been played there in the past, and I’m excited to start my season as reigning DP World Tour Rankings Champion there.”

The four-time Major winner wrapped up his 2021 campaign with a tied sixth place finish at the season-ending DP World Tour Championship to finish eighth in the season-long rankings.

The Northern Irishman won The CJ Cup @ Summit on the PGA TOUR last month and with Morikawa claiming his maiden victory in the desert, the impressive duo will once again go head-to-head to kick start their 2022 seasons in the Middle East.

McIlroy added: “I have many happy memories of the Abu Dhabi HSBC Championship, and once again look forward to starting my year at this wonderful tournament. Yas Links is a spectacular course and is going to provide a new challenge but one all players will enjoy.

“Obviously, I have come close a few times at this event in the past, and I’m hopeful I can be in with a chance of picking up that trophy for the first time come Sunday.”

First staged in 2006, the Abu Dhabi HSBC Championship has been played at the iconic Abu Dhabi Golf Club for 16 consecutive years and, having built a strong legacy in the Middle East, the move to Yas Island highlights Abu Dhabi as an international sports hub with the season ending F1 Championship and Ultimate Fighting Championship also taking residency at the world-class venue.

Yas Island is Abu Dhabi’s premier leisure, retail and entertainment hub, leading the way in supporting the emirate’s Economic Vision 2030. The new venue offers a unique blend of stunning views, first-class hospitality and a diverse range of award-winning leisure and entertainment attractions, enhancing the experience for fans, whether they attend in person or watch from around the world.