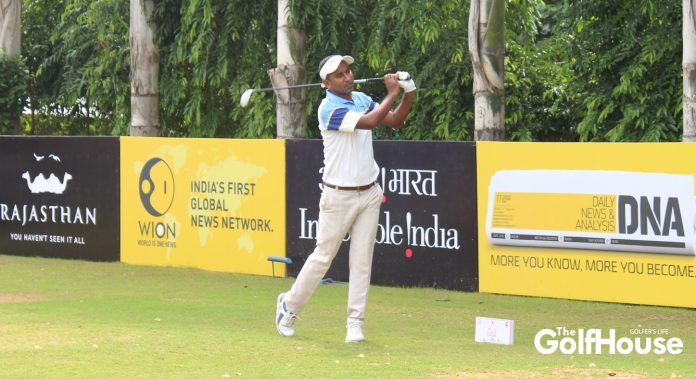 Jamal Hossain Mollah romped to the top of the leaderboard with eleven-under-par at the end of the second day’s play of the at the Jaipur Open 2018. 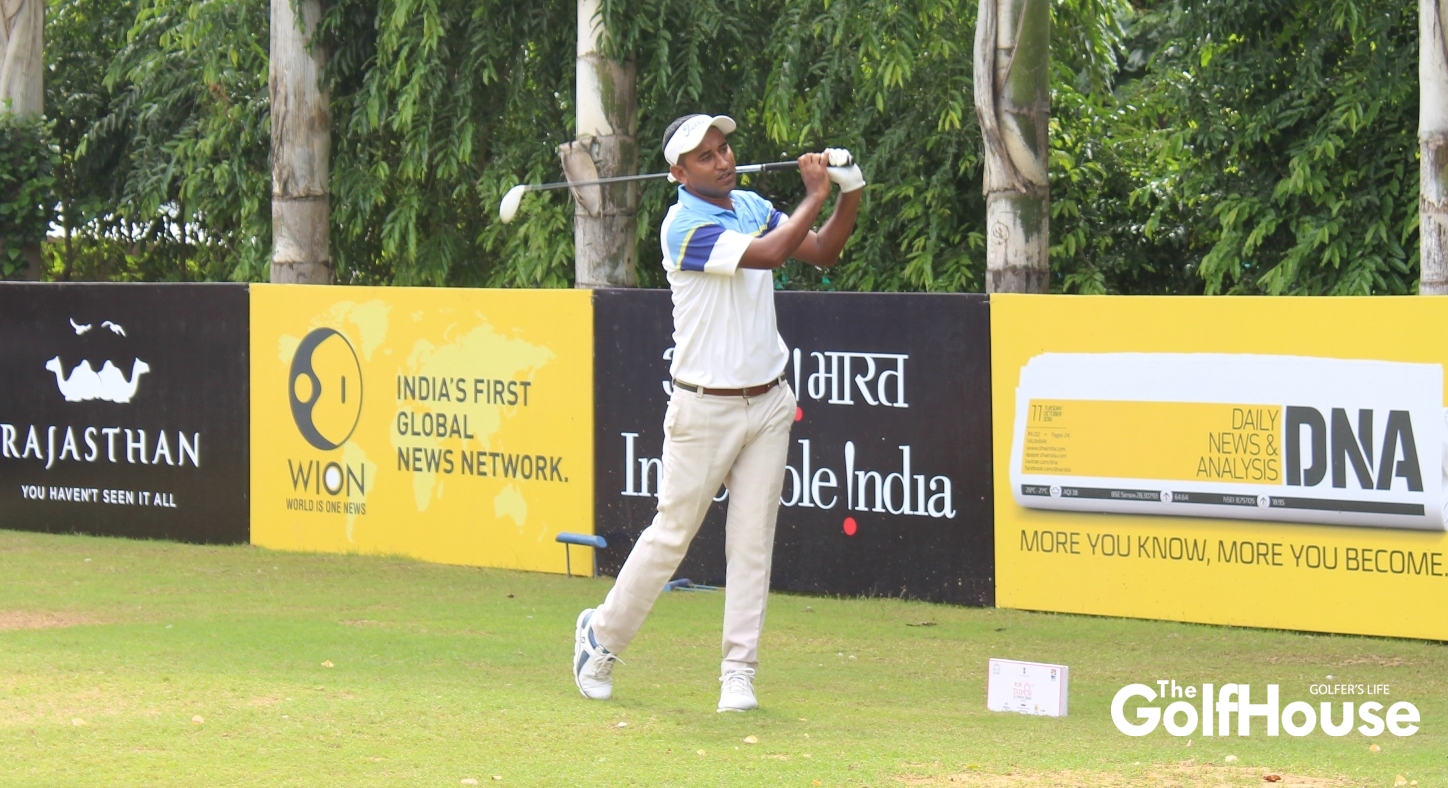 Bangladesh’s Md Zamal Hossain Mollah posted the day’s joint best score of six-under-64 to move into the second round lead at the Jaipur Open 2018 presented by Rajasthan Tourism. Zamal, a two-time winner on the PGTI, led the field by one at the Rambagh Golf Club as his total stood at 11-under-129.

Twenty-one-year-old amateur Yuvraj Singh Sandhu of Chandigarh gave the professionals a run for their money as he followed up his promising first round 66 with an even better 64 to be tied for second at 10-under-130 along with Delhi’s Honey Baisoya who fired a second straight 65.

The cut fell at one-under-139. Fifty-seven professionals and two amateurs made it to the money rounds.

Md Zamal Hossain Mollah (65-64) worked his way up from tied sixth in round one to the top of the pack in round two courtesy a 64 that included seven birdies and a bogey. Zamal has had a patchy season so far. His best results, a runner-up finish on the Asian Tour and two top-10s on the PGTI, have all come at his home course in Dhaka.

On Wednesday, Zamal got his driver and putter to complement his quality iron-play to emerge as a strong title contender. He was off to a dream start with long birdie conversions on the first three holes.

Then, after a minor setback, the bogey on the fourth, the 33-year-old continued his ascent with four more birdies on the seventh, eighth, 12th and 18th. Mollah’s last birdie was a major morale-booster as his chip missed the hole by inches and led to a tap-in.

Zamal said, “I suffered a major injury in my right wrist due to a motorbike accident late last year. That made a huge impact on my game as I’ve had to curtail my practice since then. The wrist is now much better and as a result I managed to get a good one week of practice before this tournament.

“While my iron-play has been good in both the rounds so far, my driving and putting only began to click in the second round. I was in a good position during an event at Rambagh in 2015 when a ball struck me on the head towards the end of round two. I had to withdraw from that event. This time I’m determined to perform well in Jaipur.”

Yuvraj Singh Sandhu (66-64), India’s top amateur in 2016, put up an impressive show for the second day in succession that earned him a place in the third day’s leader group alongside established names such as Zamal and Honey Baisoya. Sandhu, playing only his second PGTI event, dished out seven birdies in exchange for a single bogey and thus climbed seven spots on Wednesday.

Yuvraj, currently ranked third among amateurs in India, said, “I enjoyed good, smooth starts on both days and that set it up well for me. My short-game has been my strength and that’s what worked for me here as well. My wedge-play into the greens and my putting has been excellent so far this week.

“I’ll now look to just stick to my process over the next two days and focus on placing the ball well. I feel my game is now good enough for me to turn professional,” added Sandhu, who had missed out on earning his card at PGTI’s Q School earlier this year.

Honey Baisoya (65-65), working on a swing change, was also in the mix. His round of 65 featured a 15-feet eagle conversion on the 14th, four birdies and a bogey. Baisoya thus gained four positions from his overnight tied sixth.

Sri Lankan Anura Rohana (69), the first round leader, slipped to tied fourth at nine-under-131 along with Delhi’s Ashok Kumar (65) and Patna’s Aman Raj (67).

Meerut’s Sudhir Sharma fired a hole-in-one on the second during his round of 67 that gave him a share of seventh.

Defending champion Shamim Khan (70) of Delhi was a further shot back in tied 11th.

Jyoti Randhawa, the star attraction this week, slipped 17 places to tied 26th after a score of 71 took his total to three-under-137.

Joining Randhawa in tied 26th were 23-year-old rookie Hemendra Choudhary (67-70) of Jaipur, the only local player to make the cut, and Ahmedabad’s Jay Pandya (68-69), the second amateur to make the cut besides Yuvraj Singh Sandhu.