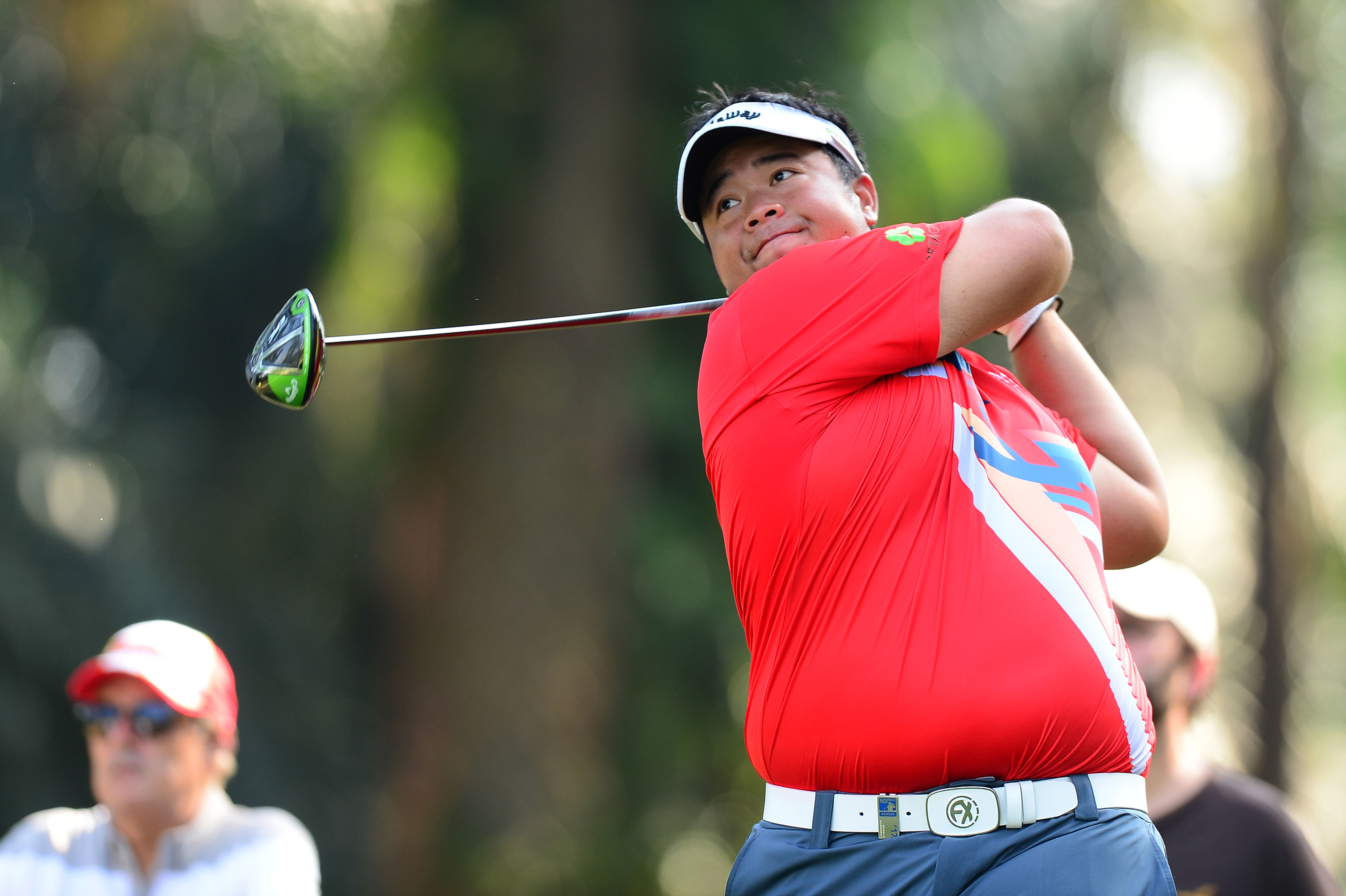 Bangkok, May 12: Thai ace Kiradech Aphibarnrat will spearhead a powerful line-up of local stars at the US$300,000 Thailand Open next week with the aim to keep the prestigious trophy on home soil.

The 2013 Asian Tour Order of Merit champion will be joined by former Thailand Open winners Prayad Marksaeng, who won his 10th Asian Tour title earlier this year in Singapore, and veteran Boonchu Ruangkit at the Thai Country Club from May 18 to 21.

Talented youngsters Jazz Janewattananond, Poom Saksansin, Thitiphun Chuayprakong, Natipong Srithong and Danthai Boonma, who are all Asian Tour champions, will also feature in their National Open which is making a welcome return onto the Asian Tour Schedule after an eight-year lapse.

Reigning Asian Tour number one Scott Hend of Australia will be among several Order of Merit champions in the elite cast which includes David Lipsky of the United States, Thaworn Wiratchant of Thailand and Jeev Milkha Singh of India, who have all won a combined six Merit crowns.

Long-hitting Kiradech, who is a two-time Asian Tour winner and also a double champion on the European Tour, is relishing at the prospect of contending in the Thailand Open at one of his favourite venues.

“I’m really happy to see the Thailand Open back on the Asian Tour again. To be honest, I have always wanted to play in my National Open and I’m glad I have the opportunity to play now. It has been a while since I last played,” he said.

Known for his grip-it and rip-it style of play, Kiradech has become one of the most exciting young stars in Asia thanks to his success both in the region and abroad. He is currently 92nd on the Official World Golf Ranking and will be searching for his first victory since 2015.

The burly Thai is determined to follow in the footsteps of Prayad, Boonchu and Suthep Meesawat, the father of Prom Meesawat, as the only Thai players to lift the prestigious King’s trophy which is awarded to the Thailand Open winner.

“A lot of big names like Boonchu Ruangkit and Suthep Meesawat have won the tournament before so I would love to be one of them. It will be a great honour. I will try to play well in front of my home crowd. They have been really supportive and they are one of the reasons why I decided to play in the Thailand Open,” said Kiradech.

Other top names who will join Kiradech include Shiv Kapur, who won his first Asian Tour title at the Thai Country Club in 2005, seven-time Tour winner Gaganjeet Bhullar of India and Gavin Green of Malaysia, who is currently ranked fourth on the Asian Tour Order of Merit.