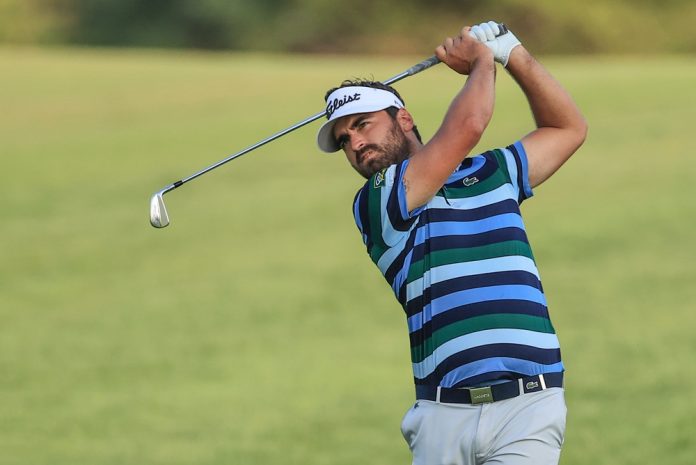 The Frenchman birdied the first and seventh holes on his front nine and picked up another on the 11th, but his round really gathered momentum with four consecutive birdies from the 13th before he closed out with an eighth of the day on the 18th for an eight under round of 64.

That followed his opening 65 and means the 28 year old is now 40 under par for his six rounds on the Fire Course at Jumeirah Golf Estates after claiming his maiden European Tour title with a winning total of 25 under par last year.

Rozner holds a one stroke advantage over Italy’s Francesco Laporta, who also posted a bogey-free 64, and first round leader Joachim B. Hansen of Denmark, who signed for a round of 67.

Finland’s Kalle Samooja also produced an impressive scoring run, firing six consecutive birdies on his back nine of 29 in a round of 64 to sit in third position on 13 under par.

Ryder Cup player Tommy Fleetwood is a further shot back after back-to-back rounds of 66, with the Englishman staying patient after a slow start, which included a dropped shot on the second, to move up the leaderboard with seven birdies in his final 12 holes. He shares fifth position with fellow Englishman Paul Waring whose 67 featured eight birdies, one bogey and a double bogey on the 13th after losing his ball.

Antoine Rozner: “I think I was playing really well, even on the front nine – a few putts didn’t drop. I just kept putting myself in good positions hole after hole and a few putts dropped on the back nine which was great. It weas definitely one of my best ball-striking rounds out here between this year and last year.

“My long game was perfect, I was striping it shot after shot, I missed one green on 17 and that was the only hole I put myself in trouble but I got away with it with a good par. I’m just very pleased, it’s not that easy. You still have to play well, hit good shots, make some putts. I’m not the only one who’s playing well so you’ve got to keep grinding for the next two days.

“Stay aggressive is the mindset, you have be aggressive over and over. I did that really well last year, obviously I can use that experience from last year and that’s helping me. Last year I was so aggressive over four rounds and I think it’s paying off this week so if I keep doing what I’m doing over the next two days, hopefully there will be a good result in there.”

Francesco Laporta: “I played solid the last two days, I’ve missed only one green actually. My long game is pretty good, my short game needs a bit of work especially my putting  – I three-putted three times but at the end of the day I’m pretty happy about my score.

“It was windy yesterday when we started and then it came down a bit, but this morning was completely different. The ball wasn’t flying much like yesterday, maybe one club or more difference. But the conditions were perfect and the scores are just amazing.

“I think this is the result of the hard work I’ve been putting in the last three months, my game is pretty solid. I like to work hard and me and my team, are working really hard and these are the results of that.”

Joachim B. Hansen: “It was steady. I hit a lot of greens, a lot of fairways which gave me a lot of opportunities. Unfortunately I missed a lot more than I did yesterday, but I still think I left some out there, I played very similar golf to yesterday but five under is a good score.

“The shaping – I feel like I can shape it right to left or left to right quite easily on this course. The wind is a bit different from yesterday when we played it, a bit of a different course today, but I like playing here. It’s a while since I’ve been up there so I’m just enjoying it.”

Paul Waring: “Started quite nicely, obviously made birdie down one which is always a nice way to start your day, didn’t rerally get into the round too well after that. I missed a couple of chances, I think I turned two under par and then had a good little run from there.

“Then I lost a ball down 13, made seven at the par five which put me on the back foot, but from there I bounced back quite nicely and made a few birdies on the way in.

“You’re going to make the odd bad swing and sometimes they come at the wrong time, I missed it in a place you can’t miss it. I was being quite aggressive off that tee anyways, trying to take a tight left line and just pulled it a touch.

“I knew I was swinging it well anyway, it was just one bad swing at the wrong time. Into the next, a par three I hit a great little five iron in there to eight foot so I felt like I was right back on the birdie train again.

“I think I’ve gained a few shots, especially on my approach play. My wedge play has been really solid which has always been a strength of mine, so if I can get the driver going – I’ve been swinging it a little bit harder which has been good, a bit more confidence in my back again this week, which is ideal. That gives me the confidence to go at a few and get into that wedge distance which, like I said, is my strength.”

“I just wanted to keep it going. I stiffed it on the second and then a long putt on the third after a bad wedge so that gave me a bit of momentum, and then stiffed it to four and five and then a long putt on six.
“So coming to a par five you just want to birdie there because it was downwind, so I hit two good shots and two good putts and I almost holed the eagle putt too. I haven’t played great lately so it’s nice to turn it around and be up there at the weekend.”

Tommy Fleetwood: “It was a poor start. I missed a chance on the first and then missed a short putt. On such a low scoring course if you have a dry patch it feels so much worse. I holed a putt on seven and played really, really well coming in and had plenty of chances. I felt like I did a good job of continuing to play and hitting good golf shots. I didn’t get panicked or frustrated that I hadn’t had the start I would like. And then it all came together, which doesn’t always happen. But it did and it was another good day.”