What are the specialties that you think should drive golfers to the KGC?

KGC is one of the oldest and a premier clubs in Bangladesh. The club keeps developing its golf culture continuously. This is also the most resourceful club regarding training, administrative and club facilities. In a nutshell, everything is well structured in this club. If anyone wants to learn classics of golfing, KGC is the best choice.

KGC is one of the most well maintained golf courses in Asia too. If we think of any golf iconproduced in the country, it has been done at the KGC. If we think of golf as a national branding, it has also happened through KGC.

Golf is generally considered a game for the elite. A membership of your golf club costs around 30 lakh taka which is far beyond the means of most people. Do you think it is possible to create more scope for the general people to come into golf? If so how?

First of all I due very humbly disagree with the notion that this is elites game. It used to be  game for elites once upon a time, but it is no more. Now-a-days middle income people can also play golf in Bangladesh. It is Bangladesh Army, which brought golf to the reach of mass people. All golfers don’t have to play at KGC. These are now 12 Clubs where it is quite affordable. KGC is the premier Golf Club of Bangladesh. This is already beyond it capability by meeting the excessive load of players. KGC has policies for membership based on skills and nature of employment. Besides, the huge expense of its maintenance and administrating. We accept members with proportional fees.

Recently KGC has introduced night golfing facilities. It is first agent hole golf course in Asia, say something about it.

Night golfing is popular in many countries in the world and it should have been introduced earlier in Bangladesh. We know that our country has shortage of electricity. So we cannot afford to take a risk as it can be a sensitive issue. Since we are going through a bit of a revolution in renewable energy now, we have taken the advantage of it by producing solar energy for night golfing. People who cannot play during daytime, can utilize this facility. We always promote healthy lifestyle and for that we will do whatever we need to do.

Tell us a bit about your plans for the future development of the KGC?

In the US, there are community courses. Do you think that should be introduced in Bangladesh?

We all know that space is a big question for community golfing and in Bangladesh we strive for space. So community golfing may be difficult to implement in our country. But if any big corporate house comes along in this regard, we will appreciate them. However, it is no denying fact that we need more golf clubs in Dhaka. Good news is that a new golf club is in process in Jalshiri Housing Project of Purbachol in Dhaka.

In recent time, any major changes on fairway or green at the KGC?

There is no major change, but things are better maintained now than before. You know there were issues of waterlogging on the course, we are working on that. Hopefully this year there will be no waterlogging.

What are the challenges for hosting the Asian Tour?

The main challenge is money. We are looking for sponsors and I hope we will get sponsors and hopefully the next Asian Tour will be conducted in 9-12 May 2018. Lets see what happens.

How much progress do you think Bangladesh has made in the golfing arena?

When it comes to amateur golfing, we stand between 10th to 15th in different tournaments in Asia, which is not that bad. And we have been doing pretty well in professional and junior golfing.

Let’s talk about your own golfing. How did you come to golf?

I started golfing in 2011. I’m not that old in terms of golfing. I started from the Bhatiary Golf and Country Club. I started playing golf from curiosity, but now it has become an addiction. My handicap is 19.

I have played in many courses over the last eight years. I have played in Myanmar, Indonesia, China, Philippines and I hope to play in Florida in future. However, my favorite golf course is KGC.

Of course Siddikur Rahman is my favorite golfer in Bangladesh. But there are many promising young golfers like Moti, Babu and Sohel. I really like them. They will surely come up. Among international stars, Tiger Woods is my favorite.

What sort of role do you think media should play in promoting golf? What is your opinion about TheGolfHouse, the first ever golf magazine in Bangladesh?

Media can play a big role. They can promote the clubs on behalf of BGF; they should promote all the clubs and introduce the clubs to players nationally and internationally. I’m sure golfers will be attracted to visit those clubs and automatically those clubs will improve. They should also promote promising players. And media should publicize events that take place at clubs and the activities of the golfing bodies. Through this MoU, you will get lot of information now. Hope, TheGolfHouse magazine will be a guideline for golfers. 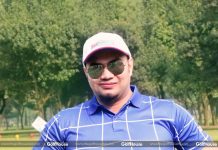 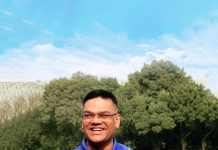 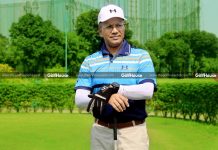 Common Penalties under the Rules of Golf

LPGA Founders: The 13 Women Who Created the LPGA