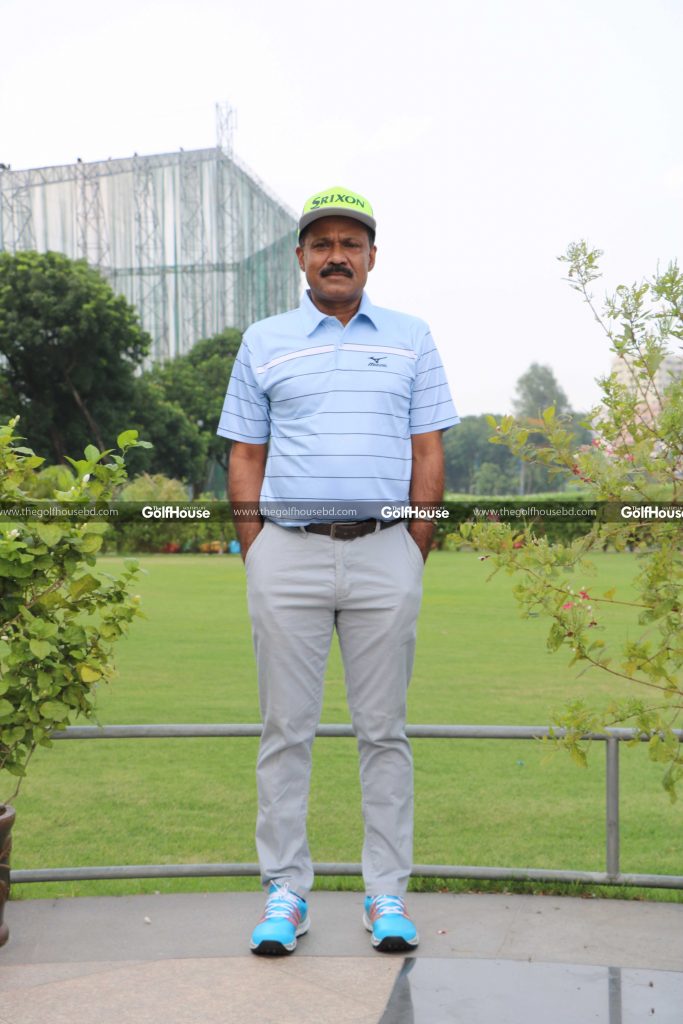 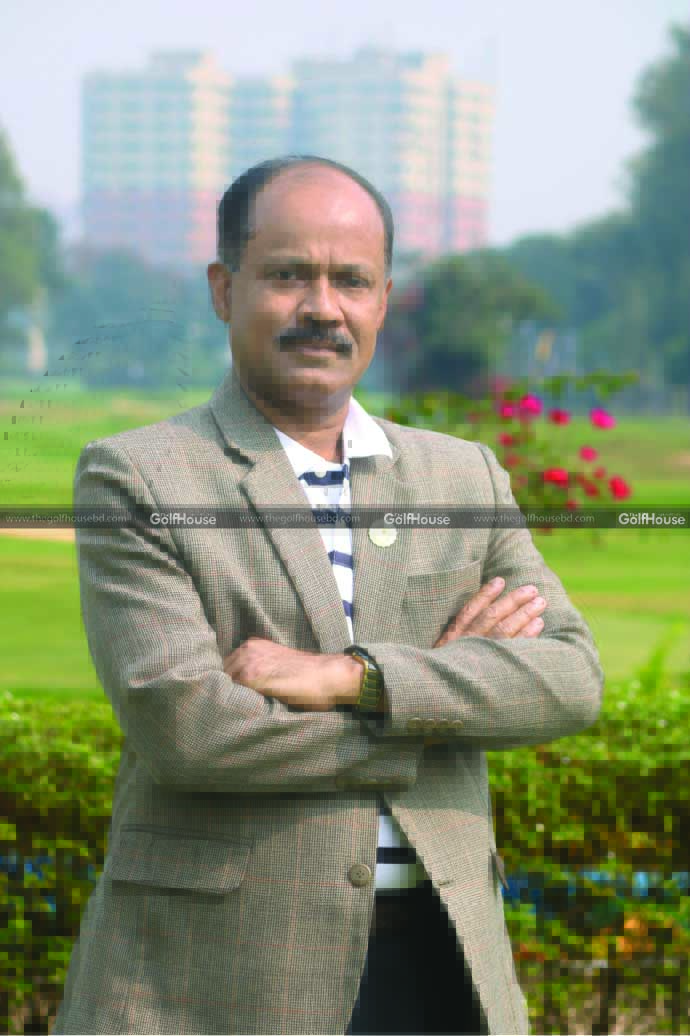 Brig Gen GSM Hamidur Rahman (Retd), the newly appointed Chief Executive Officer (CEO) of Kurmitola Golf Club (KGC) and Joint Secretary of Bangladesh Golf Federation (BGF), spoke about the facilities in place at the KGC and how he plans to take forward the development of the facilities in an interview with TheGolfHouse.

What are the specialties that you think should drive golfers to the KGC?

KGC is the most prestigious golf club in Bangladesh. So, people feel proud to be a member of this club. The course is maintained as per international standard. So far five Asian Tour events took place at this venue. This was possible only due to the standard of the course and the other facilities such as guest rooms, restaurant, swimming pool and gymnasium. All these facilities have helped grow interst among people and they are becoming eager to become members of this premier club. Participating in tournaments will give more pleasure to the players.

Golf is considered to be a game for the elite. Membership of KGC is expensive. Do you think it is possible to create more scope for the general people to come into golf? If so, how?

Golf is no more for the elite only. It is a professional sport, which is now part of the Summer Olympics. Our professional player Siddikur Rahman participated in the last Olympics in 2016 in Brazil. And our other professionals are playing all over the world. You may not be a member of KGC, but you still have the opportunity to be a member of any other golf club (where the membership fee is much less) from where you may come and play at the KGC.

Tell us about your plan for the future development of KGC.

Golf is for recreation, but it is also a profession and a business. To make sure golfers can enjoy playing at KGC, we always try to keep it in a very good condition. It is a well-maintained club and it has been possible only due to the relentless effort and interest of all the club officials, committees and the valued members. Actually, our effort would be to take the standard of the club to a higher level so that members and golfers are always content playing a round of golf at KGC. No golfer should feel that they are wasting money and time at KGC. To develop professionalism in golf, BGF is arranging Asian Tour every year. Professional Golf Tour of India (PGTI) is holding two tournaments each year in Bangladesh. We are thinking of hosting one Asian Development Tour (ADT) in Dhaka next year and within next three years we may try to host the European Tour in Bangladesh.

When did you get involved with golf?

I actively started playing golf in 2006 at the KGC. 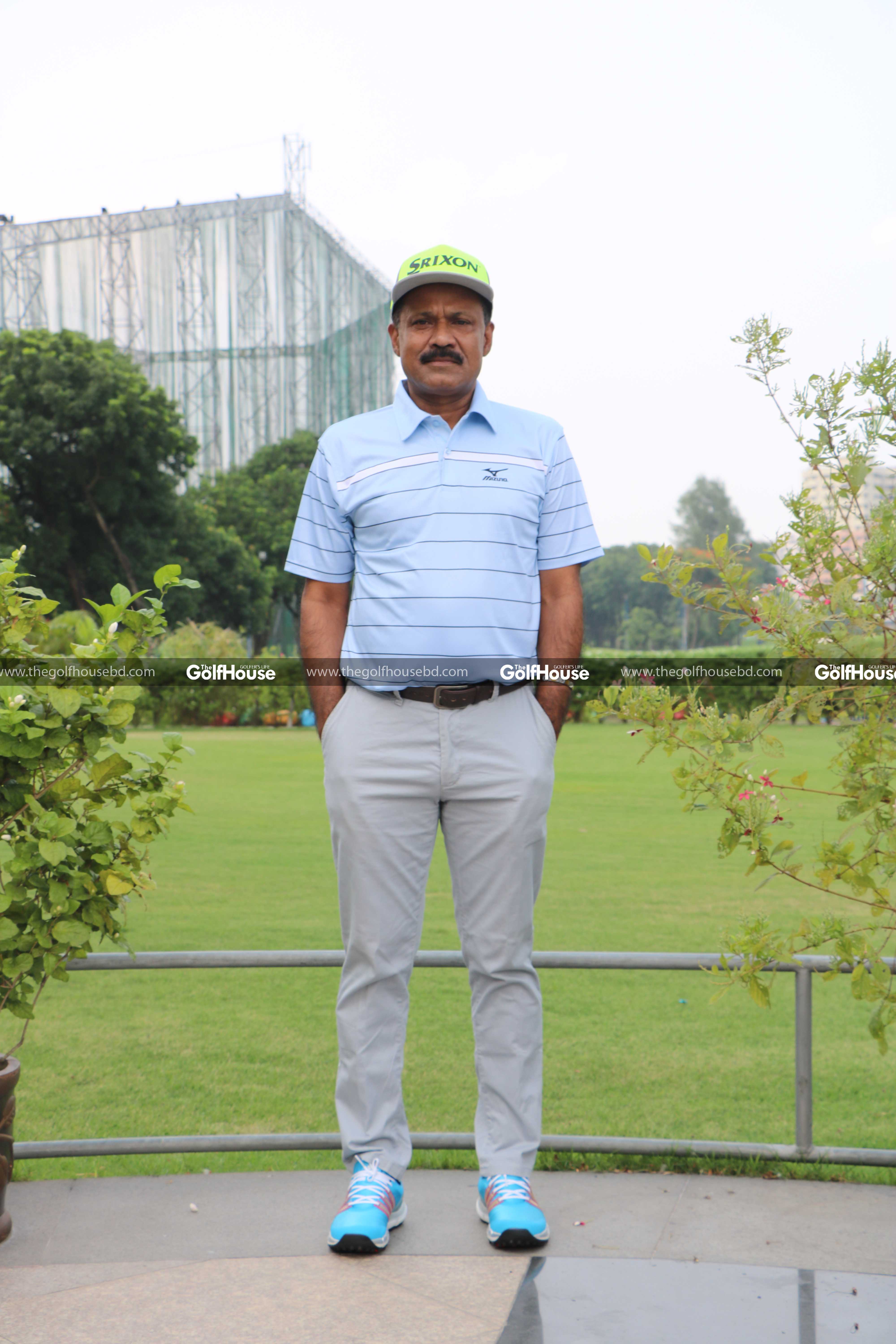 “To make sure golfers can enjoy playing at KGC, we always try to keep it in a very good condition. It is a well-maintained club and it has been possible only due to the relentless effort and interest of all the club officials, committees and the valued members.”

Tell us about the round-the-year activities of KGC.

Being the premier golf club in the country, KGC is quite vibrant during the golfing season (September to April). Following tournaments are conducted at KGC:
14 tournaments for the members.
One Bangladesh Amateur Golf Championship (BAGC) where national teams of different countries take part.
One Faldo Series Asia Bangladesh leg where the junior golfers from all the golf clubs of Bangladesh participate in three different age categories under the supervision of Faldo Series. The winners of the three age categories participate in the grand final conducted by Faldo Series in different countries of the world.
One Asian Tour, the third largest professional golf tour in the world.
In addition, we are conducting Asian Development Tour (ADT) and Professional Golf Tour of India (PGTI) as and when we get the request from them.

Any major changes made to the fairway or the green at the KGC in recent times?

The course was designed by renowned course designer, Mr. Sukiti of Thailand in 2004. So, without the guidelines of the designer we cannot change the layout of the fairways or the green. Because, if we do so, the course rating will change which will affect the handicap of the golfers. However, we are doing little modifications to the teeing area which does not affect the course rating. In addition, we have made a special putting green and a chipping green near fairway 13 to give better practice facilities to the national team and the professional golfers.

Your message to the young people?

Golf is a game for people of all ages. Golf is a game which keeps both body and mind fresh. Golf plays a vital role in intellectual development of a person as a golfer needs to make lot of mental planning to improve his/her skills. So, I would request the parents to send their children to the golf course to learn and play golf.