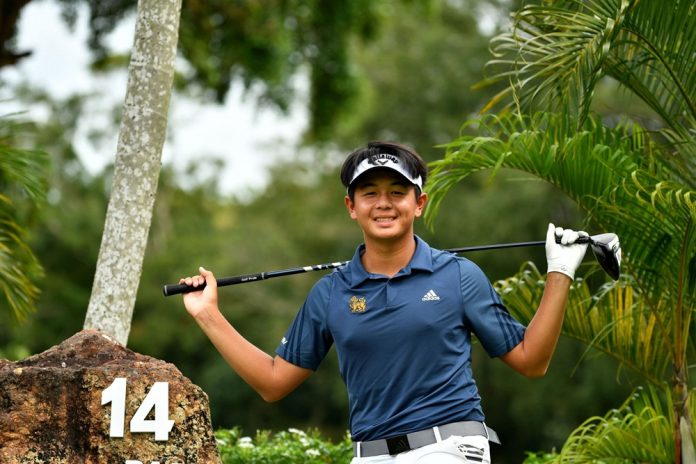 “I did some online physics and English classes on Tuesday morning as I played 18 on Monday and had to miss a double English session,” said the amateur star, who is doing his IGCEs at Shrewsbury International School in Bangkok.

“Obviously it should be 50/50 for the most part but at certain times I have to focus on one thing or another depending what is more important at the time. For example, right now I have to pretty much put my full attention on these two events, therefore I am prioritising golf and practice way more than school.”

He is also playing in next week’s Laguna Phuket Championship at Laguna Golf Phuket ‒ both Asian Tour Phuket Series events mark the resumption of the Tour’s 2020-21 season, after a 20-month hiatus caused by the pandemic.

“TK”, as he is nicknamed, has taken the All Thailand Golf Tour (ATGT) by storm this year, particularly when the Tour visited the same two Phuket venues a few months ago. 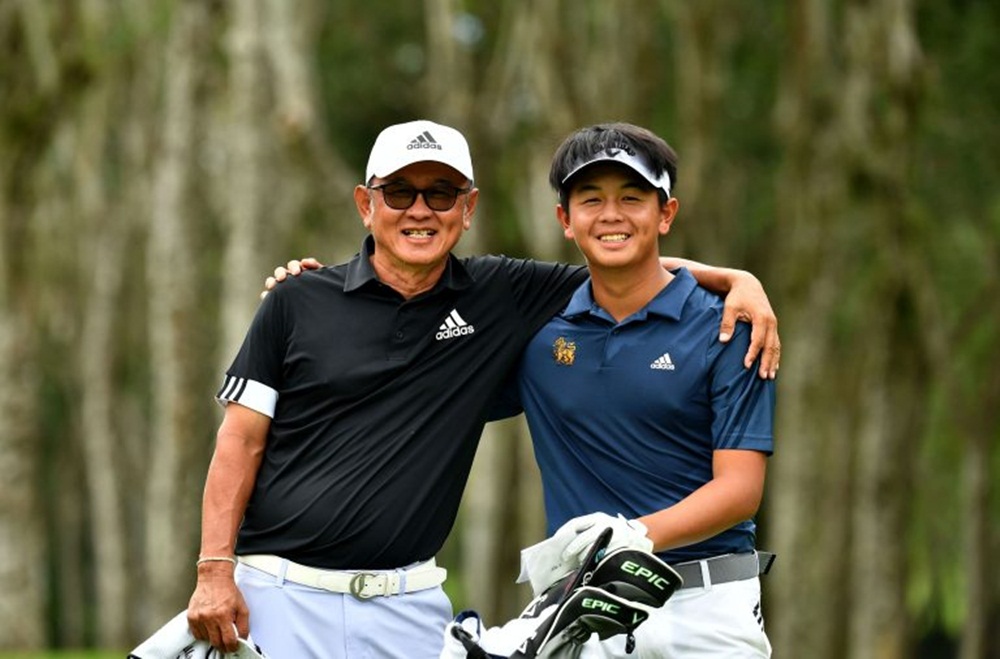 He was second in the Singha Laguna Phuket Open, at Laguna Golf Phuket, and joint fifth in the Singha All Thailand Championship here on the Canyon Course.

The talented youngster was also the leading amateur in the Thailand Open last month, after finishing in a tie for 16th; he’s actually finished as the top amateur in six successive ATGT events.

He is also the youngest player to make the cut on the ATGT at 13 years, four months and 18 days.

However, despite all the success and attention he has stayed grounded and remained focused on his school work.

“I know if I spend a bit of time revising and talking to my teachers I can catch up. Depending on my tee times this week, if early or late, I can slot in a period to study,” he added.

Of note, he was the third-round leader at the Singha All Thailand Championship so he knows all about the Canyon Course. 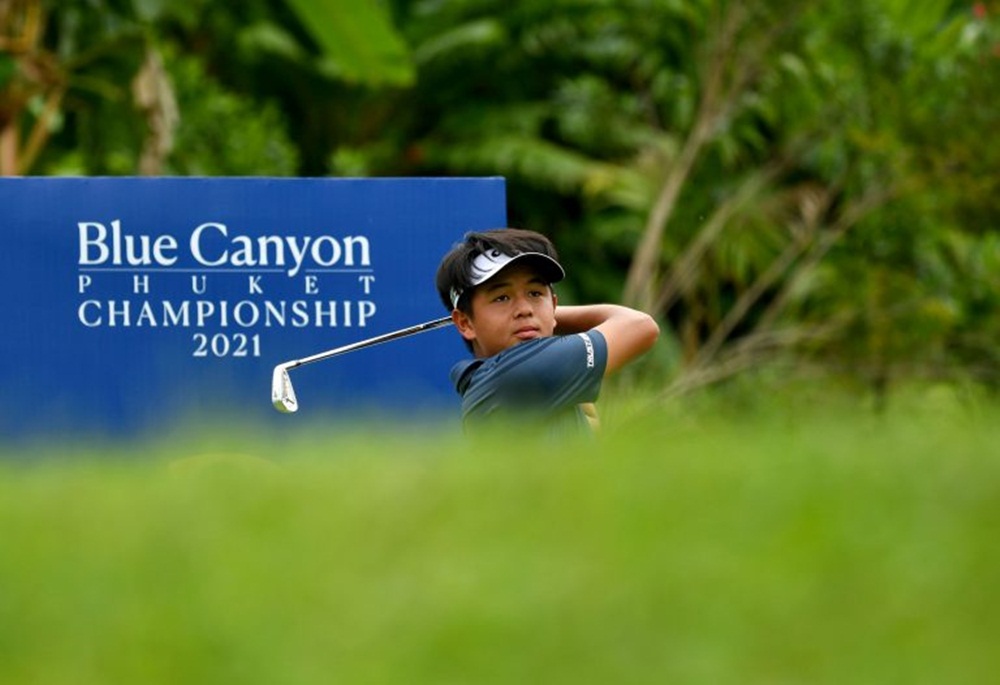 “Obviously, this is my first Asian Tour event, I am aware that the players are really good, there’s a lot of top players here, so I am just mainly focusing on myself. I have played well at these clubs at the recent ATGT events,” said Ratchanon, whose father Tara will caddie for him.

“It feels really good to finish as best amateur six times in a row, I am just trying to go for the big one now.”