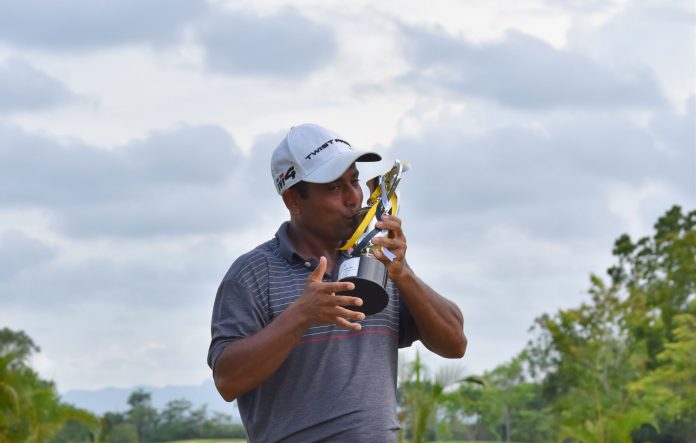 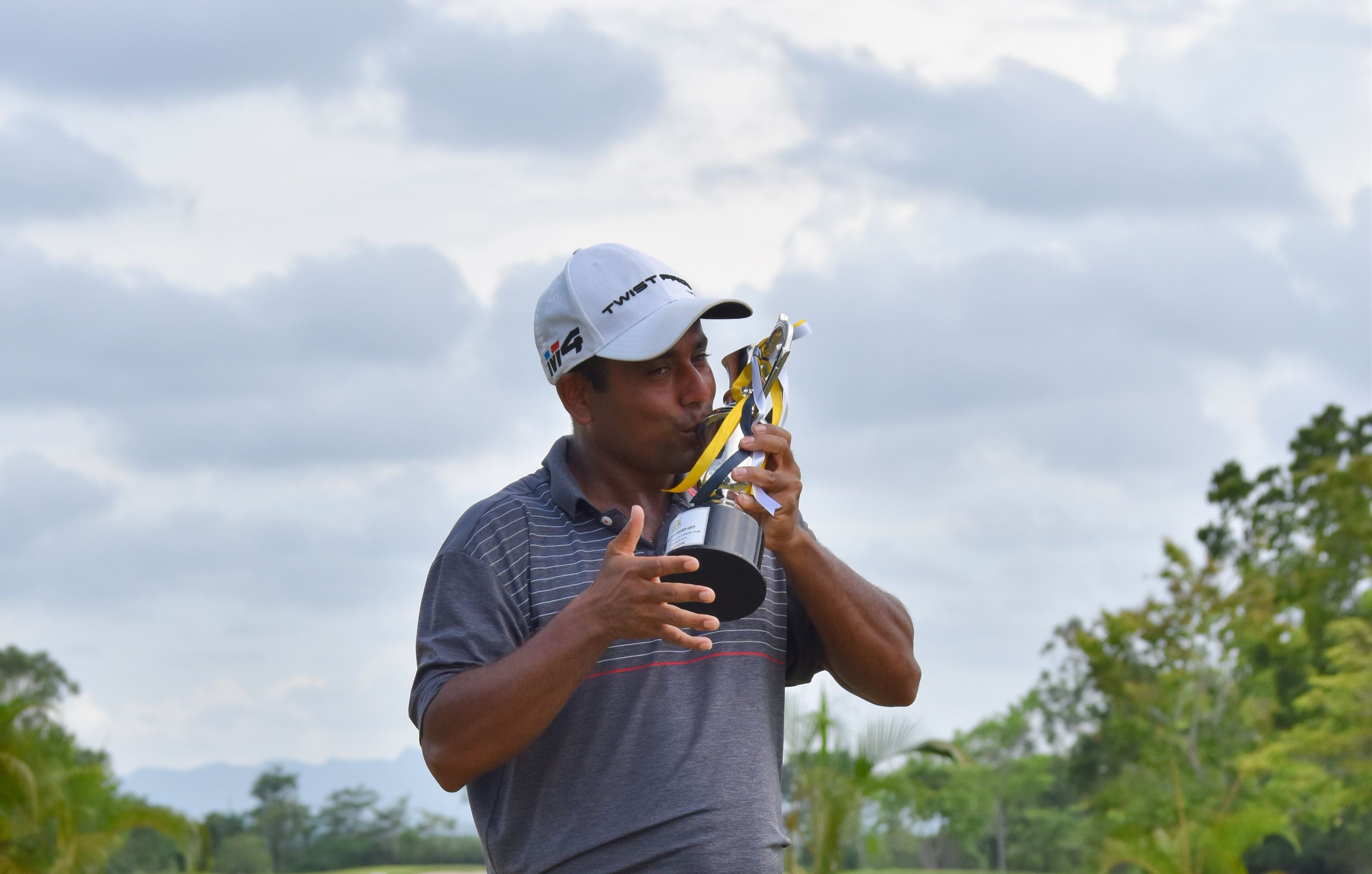 Shakhawat returned with a solid five-under-par 67 in regulation play to tie with rising star Nitithorn Thippong (70) of Thailand on seven-under-par 281 at the (RM225,000 approximately US$58,000) ADT event.

When they returned to the 18th hole for the play-off, it was a cool and composed Shakhawat who produced the shot of the day when he chipped-in for eagle from 40 yards to pip Nitithorn, who had earlier set up a 12-foot birdie putt from the bunker.

The victory was a dream come true for Shakhawat, who erased the heartbreak of losing in a play-off on the ADT in Malaysia in July. With this triumph, he became the second Bangladeshi to win on the ADT after Siddikur Rahman.

“I’m feeling great. I can’t express what I’m feeling. This is my first victory in an international tournament and I’m very proud and happy,” said the 33-year-old, who won US$9,503 and earned six Official World Golf Ranking points (OWGR).

“When I saw my eagle chip disappearing into the hole, I was just too excited. I remember screaming and celebrating. I think I threw my cap as well,” he laughed.

“The feeling was different when I lost in a play-off a few months ago. I was very sad but the experience helped me today. I was thinking a lot then and rushing my shots but today I’m more relaxed. More importantly, I was focussed on what I wanted which was to win,” said Shakhawat. 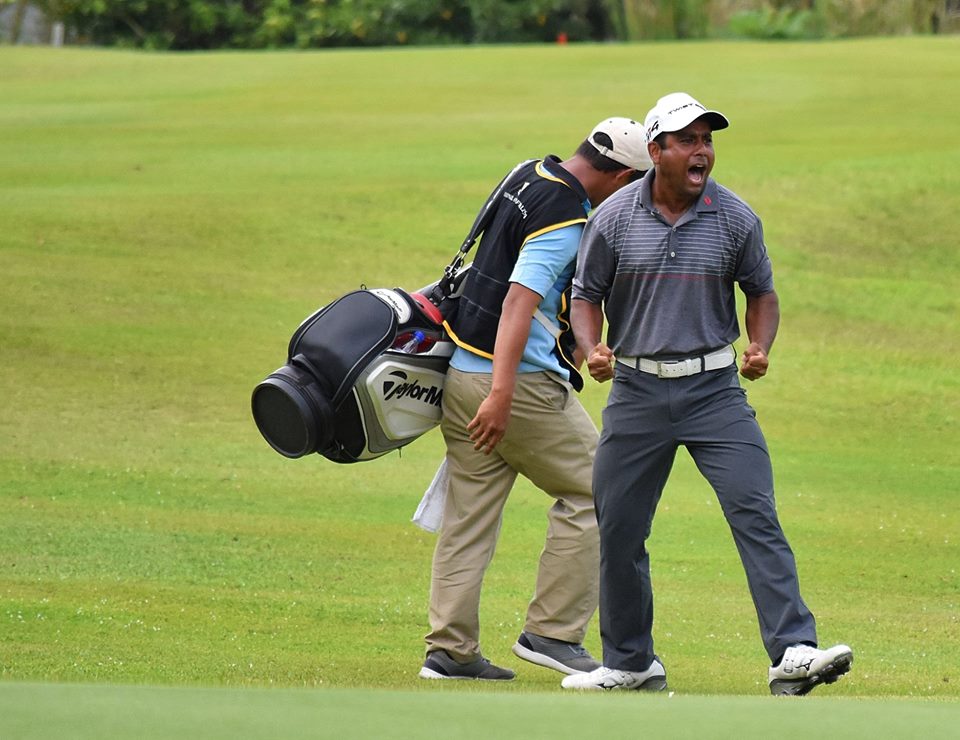 He was three shots off the pace at the start of the final 18 holes but he took full advantage of a solid short game which resulted in a flawless round highlighted by five birdies.

Shakhawat’s victory is an inspiring underdog story as he started his sojourn in golf as a caddy at the Kurmitola Golf Club where he would play 18 holes with a single 5-iron. But what he lacked in the golf bag, he made up with talent and his strong will to succeed.

“It is a tough life for us,” said Shakhawat. “We play without sponsors and as a junior we rely on club members and donations. I remember using a five-iron to chip and putt,” he laughed. 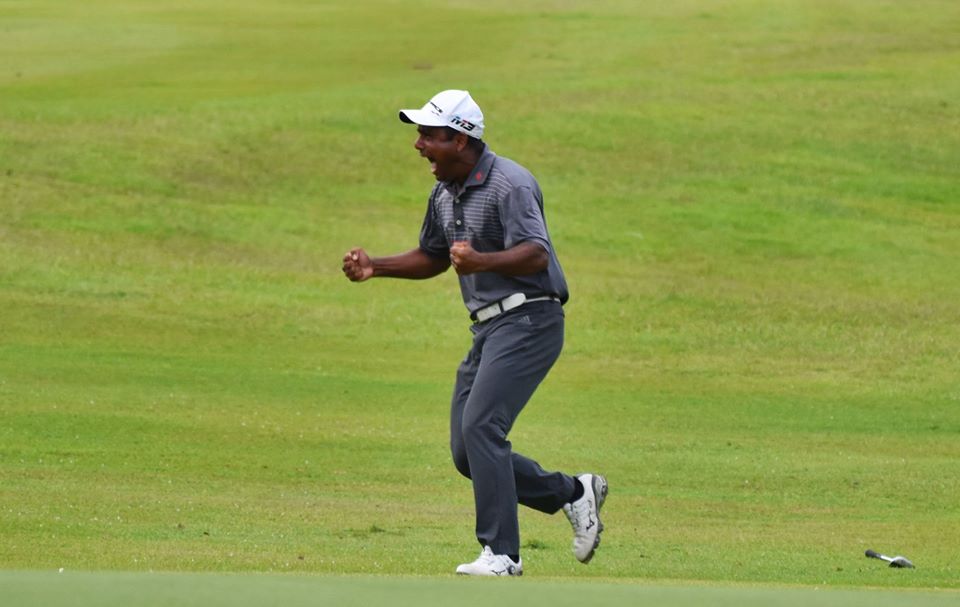 “I had help to finally receive a full golf bag thanks to my sister and a Japanese member. It was a proud moment when I represented my national team because we played in tournaments around the world. Now I’m a winner on the ADT.”

Shakhawat is in position to earn a 2019 Asian Tour card after moving to sixth place on the Order of Merit. He needs to stay inside the top-seven on the final rankings to stand a chance to join his good friend Siddikur Rahman on the region’s premier Tour.