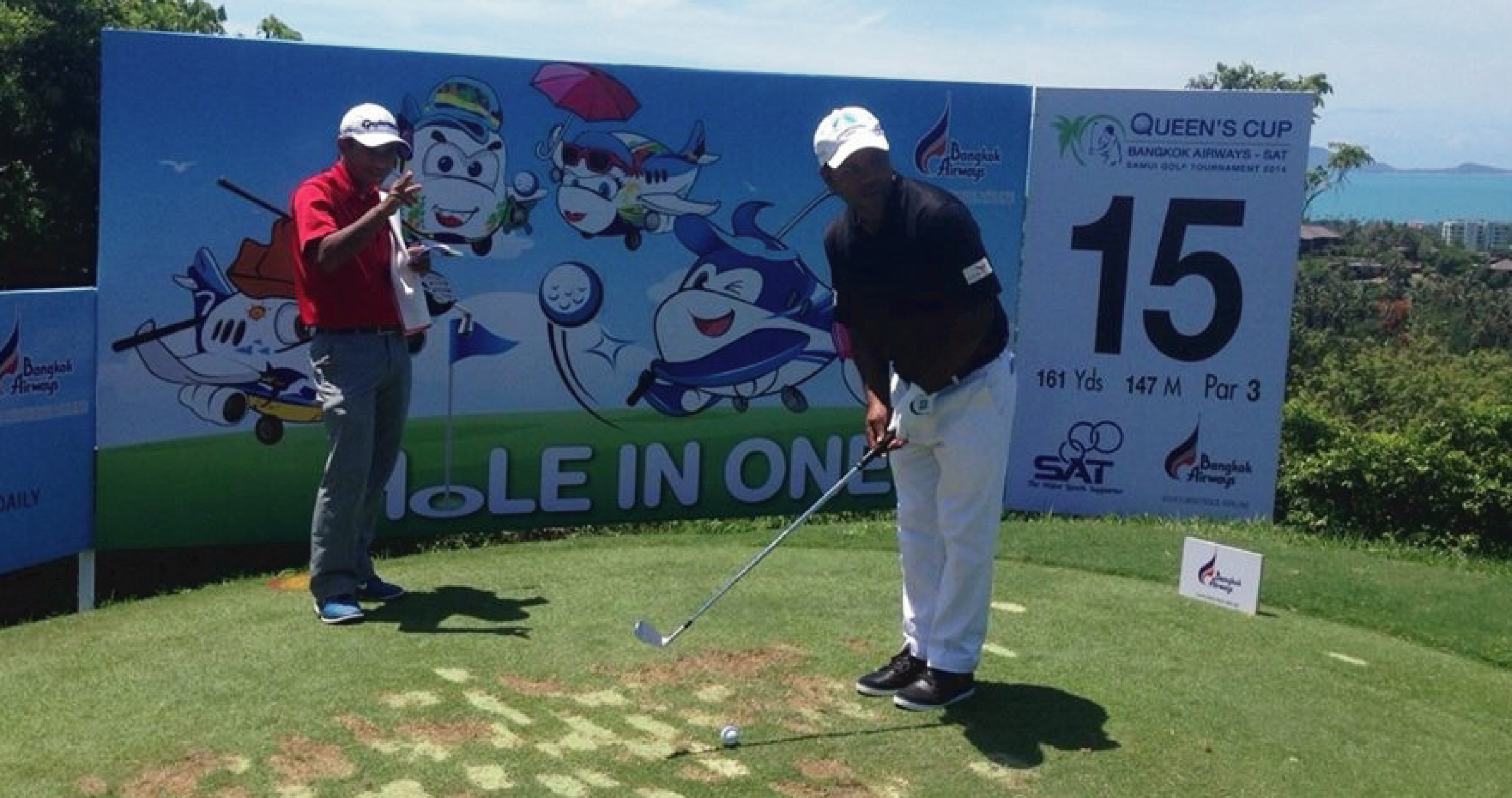 Malaysia’s Nicholas Fung birdied two of his last three holes to take a one-shot lead over former Asian Tour number ones Thaworn Wiratchant of Thailand and Filipino Juvic Pagunsan after the third round of the US$500,000 Queen’s Cup on Saturday.

Fung, 27, patiently carved out a three-under-par 68 at a tricky Santiburi Samui Country Club to give himself a shot at earning a maiden Asian Tour victory with his three-day aggregate of 11-under-par 202.

Overnight leader Thaworn battled a 70 to slip into tied second place on 203 alongside sweet-swinging Pagungsan, who birdied three of his last four holes for a 68.

Thai rising star Jazz Janewattananond posted the day’s best of 65 to move into a share of fourth place on 204 alongside Malaysia’s Danny Chia (67), Hung Chien-yao of Chinese Taipei (67) and Angelo Que of the Philippines (69).

Fighting off the effects of a lingering flu, Fung earned his first ever third round lead on the Asian Tour while playing in the company of two-time Order of Merit winner Thaworn, who also holds the most Tour victories with 18 titles, and Pagunsan, the 2011 Asian number one.

The slightly built-Malaysian, who has three-runner-up finishes in his career, turned in one under with three birdies against two bogeys before rallying strongly at the end of the round to edge ahead of his more illustrious playing partners.

Thaworn, who turned 50 last December, lamented poor putting but remains in position to lift a record third Queen’s Cup crown while Pagunsan also finished strongly with his birdie run to stay in contention for only his second Asian Tour victory.

Siddikur Rahman had an ordinary day at the Queen’s Cup in Thailand yesterday as the 32-year-old golfer settled for a one-over-par (72) in the third round. The two-time Asian Tour winner, who had lifted himself up to ninth position with 68s in the opening two rounds, took his tally to five-under-par (208).

It was an erratic day for Bangladesh’s best golfer, who carded five birdies against four bogeys and a double bogey at the Santiburi Samui Country Club on Saturday. Tied for 14th, Siddikur was six shots off the pace of leader Nicholas Fung of Malaysia, who carded 68 yesterday for an aggregate of 11-under-par (202).