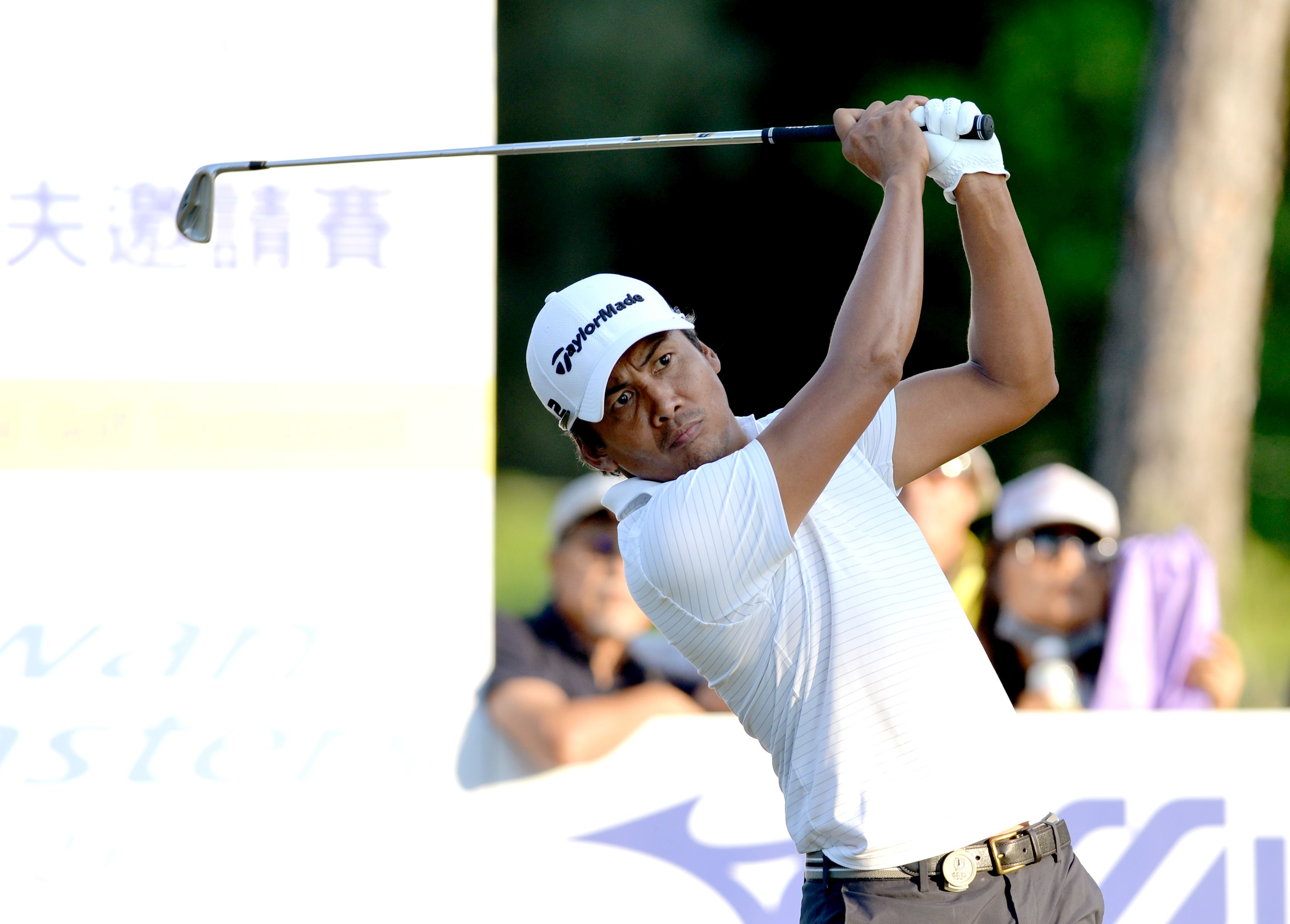 Tamsui, Chinese Taipei, September 30: Juvic Pagunsan of the Philippines charged into a one-shot lead after shooting a two-under-par 70 in the third round of the US$800,000 Mercuries Taiwan Masters on Saturday.

Pagunsan, the first Filipino to win the Asian Tour Order of Merit in 2011, totalled eight-under-par 208 to hold a narrow edge over Malaysia’s Gavin Green at the Taiwan Golf and Country Club.

Green stayed in the hunt for his first Asian Tour title after shooting a 71 and stay within striking distance of his playing partner Pagunsan. Keith Horne of South Africa was a further two shots back following a 72.

Scott Vincent of Zimbabwe posted a superb 66, the lowest round today, in windy conditions to tie in fourth place alongside Thailand’s Danthai Boonma and Malaysia’s Ben Leong, who both returned on matching 71s.

Pagunsan birdied the opening hole before adding two birdies against one bogey on his homeward nine to put himself in prime position of ending a 10-year title drought.

Green, who co-led with Pagusan after two rounds, birdied three out of four par fives but slipped back when an errand tee shot on the par-four 14th hole resulted in a double bogey.

I’m very happy because I hit the ball so good. I was very focussed on my game so didn’t care about the windy conditions. Yes, the birdie on the first hole was the key to my solid round. It was very close.

I’m feeling confident and I’m looking forward to playing well. It is a ball game so anything can happen tomorrow. You know this course is difficult. You can lead by five shots and it still won’t be safe. So you can’t take anything for granted.

It was quite solid overall from tee to green. I hit it good and gave myself a lot of looks but missed some putts. I can’t complain because I also made a few good saves. I just need to hope the putts drop.

(On the double bogey on the 14th hole) I hit a good drive, the wind switched and my ball landed way left. I chipped out but couldn’t get up-and-down. It was a bad break but I almost eagled the next hole so that was a good recovery.

The wind was very swirly today. I knew it would be a hard day and everybody was struggling. I knew if I stayed out of trouble, the birdies will eventually drop.

Anybody can win tomorrow. I’m going to shoot for an under-par round and give myself birdie looks. If I can keep the ball in the fairways and capitalise on the par fives, I should be okay. I can’t control what other people do.

I had a very frustrating day. I didn’t play very well but I kept my ball in play. I couldn’t get it going but I managed to hang in there. I had four birdie chances which were realistic but I only holed the one on the last hole.

If I play with a lot more freedom then I have a good chance on Sunday. I just need to release the handbrakes and it should be a bit better.

It was tougher today. The wind was swirling even worst. I hung in there and played really well. My score should be lower but that’s golf. I’m not taking anything for granted. I’m going to keep working on my game and stay positive.

I’m happy to play in the weekend because it is a tough golf course. I’m happy being out here. When you have no expectations, that’s where you play well. Expectations can kill you. Just go out there like you are practising with your friends and have fun. It is always easier said than done. You just need a good attitude no matter the situation.

I hit it good on the first nine but it was very windy. On my first nine I struggled with my putting. I missed a lot of short putts.I birdied the 11th hole from the seventh hole and I got more confidence from there.

My performance on the back nine has given me confidence with my putter. I won’t think about the win yet. I just need to keep to my plan and be myself.

Scores after round 3 of the Mercuries Taiwan Masters 2017 being played at the par 72, 6923 Yards Tamsui Course course (am – denotes amateur):