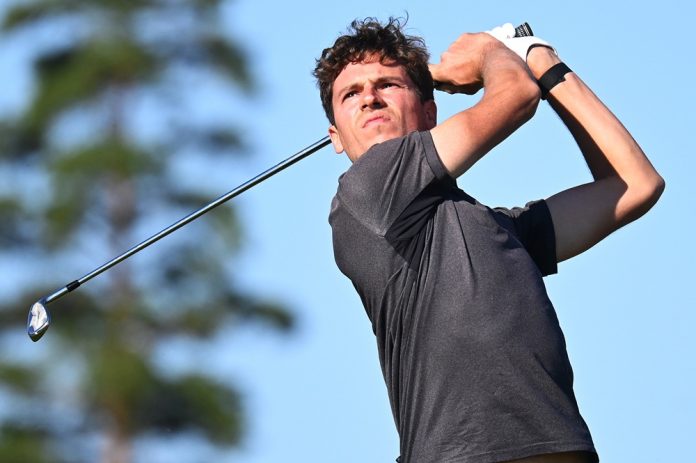 The Frenchman, who has lived in Munich, Germany since 2019, will compete in his adopted home nation having already captured his first European Challenge Tour title after triumphing in a play-off with Sweden’s Björn Hellgren at the Dormy Open in May.

Mory is relishing the chance to compete in an event so close to home and believes having his home comforts by his side will make this week a lot smoother and more stress-free at Wittelsbacher Golfclub.

“My girlfriend is German; she is from Munich, and I moved here in April 2019,” he said.

“I enjoy it here, it’s almost like my second home and now it has become my first home. It’s so nice to sleep in my own bed, it’s so relaxing as we are on the road every week and not sleeping in a hotel bed is good sometimes.

“It’s a great golf course, I’ve never played it before. I played nine holes yesterday and it’s long. There’s a lot of drivers straight off the tee and I feel like it’s going to be a challenge for everybody this week.”

The 26-year-old is currently 20th on the Road to Mallorca Rankings and he has his sights firmly set on securing a European Tour card for next season, but is resisting the temptation to place too much pressure on himself.

“It was my goal since the start of the season to be in the top 20 and make it to the European Tour,” he said. “I won pretty quick this season, but the goal is not to be on the Challenge Tour forever. I’m not that surprised to be where I am at the moment, but I want to do the job this year and move on.

“It’s in front of you so it’s probably in my head more than it was a few weeks ago and if you let it affect you or you worry too much you’re definitely not going to play as freely and post good scores, so I’m just trying to be as good as possible.”

Spain’s Santiago Tarrio joins Mory in the field at this week’s German Challenge as he bids to secure a third victory of the year and gain instant promotion to the European Tour, while recent winners Hugo Leon, Alfredo Garcia-Heredia and Espen Kofstad will also tee it up in Germany.