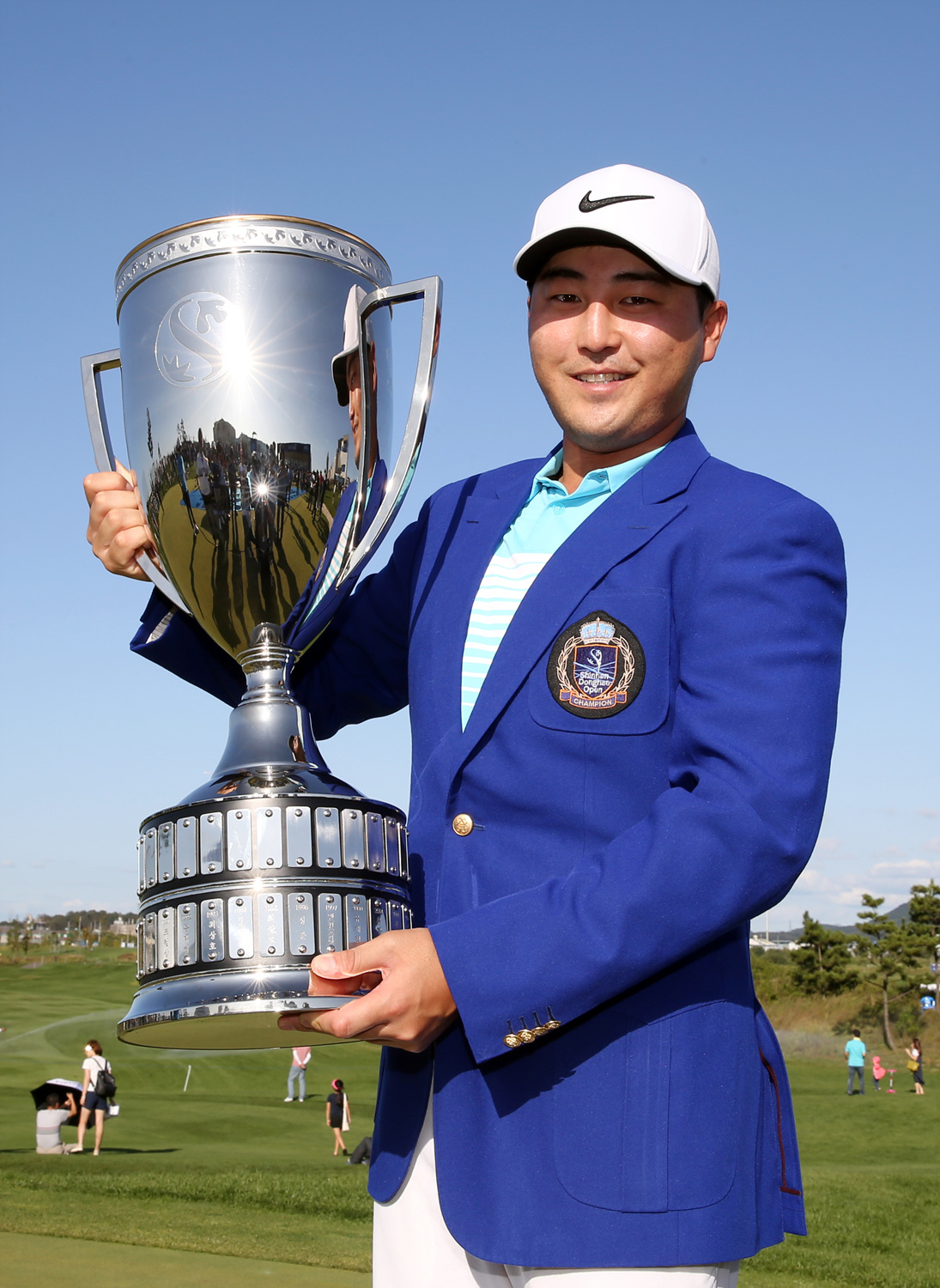 Incheon, Korea, September 17: Canada’s Richard T. Lee completed his remarkable comeback from injuries by overcoming a two-shot deficit to win the Shinahan Donghae Open by one shot on Sunday.

Lee’s final round of five-under-par 66 was enough to see him lift his second Asian Tour title at the expense of Malaysia’s Gavin Green, who was left to settle for second place after he had started the day with the lead.

Lee’s career had appeared in a freefall with his Asian Tour card seemingly lost after he suffered from a dislocated shoulder and muscle spasm and was left without a win for three years.

But his resolve to win again saw him return to Korea early to practice where he played on the Bear’s Best Cheongna Golf Club for at least six times before the tournament got underway.

Lee’s efforts were finally rewarded when he posted rounds of 68, 71, 68 and 66 to lift the Shinhan Donghae Open trophy with his winning total of 11-under-par 273.

Green meanwhile remained optimistic about his future despite having to wait longer for his maiden breakthrough on the Asian Tour.

The Malaysian had several chances to at least force a play-off with Lee coming down the stretch but spurred his chances by missing several costly putts.

Zimbabwean Scott Vincent, who finished tied-second last year, enjoyed another good outing when he signed off with a 68 to share third place with Younghan Song and Hyungseok Seo from Korea.