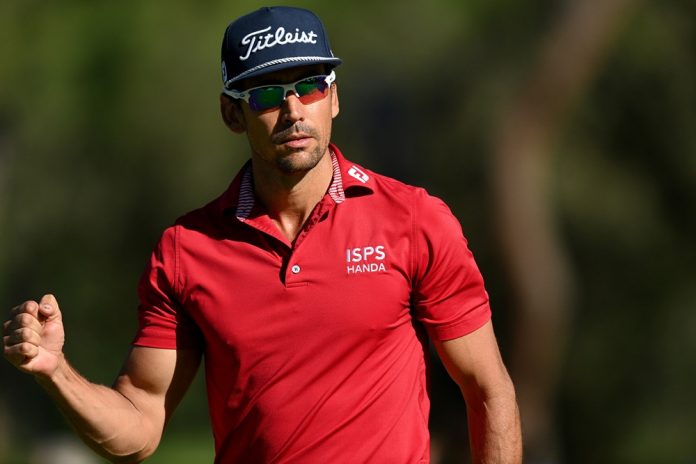 The home favourite finished second at the last staging of this event in 2019 but revealed he had felt “lost” at times in the following two years as he slipped outside the top 200 in the Official World Golf Ranking.

But he struck a positive tone on his arrival at Club de Campo Villa de Madrid and has certainly had plenty to smile about over the first three days, moving to 17 under and putting himself in pole position to claim a fourth European Tour title at his home open.

Cabrera Bello has a Rolex Series victory and a Ryder Cup appearance on his CV but, having won this event at every age level from under-seven to under-18 as an amateur, a victory in the professional event would rank very highly in his list of career highlights.

Fellow Spaniard Adri Arnaus and Frenchman Julien Guerrier were his nearest challengers after rounds 67 and 66 respectively, a shot clear of England’s Jack Senior.

Home favourite and World Number One Jon Rahm was at 11 under after a 72 alongside Dane Lucas Bjerregaard, Scottish trio David Drysdale, Grant Forrest and Marc Warren, and English pair Matthew Jordan and Ross McGowan.

Rafa Cabrera Bello: “Today was one of my favourite days ever out there, in front of my countrymen, playing on a course that I Iove and with beautiful conditions, I felt really good.

“I felt their support – I was getting goosebumps almost every hole hearing them yelling my name, it was very special and I’m very proud that I could put on a show for them.

“I played really good, I drove it well, I hit really good iron shots and I did hole some very nice important putts. I guess that’s what happens when you’re playing good.

It would be amazing. I’ve won every Spanish amateur title there is and I’m missing this one which would be the pinnacle of Spanish golf. I’m going to have a very good chance at it tomorrow but I’m sure there’ll be more chances in the future too so I’ll just go out there, have fun, feed off the crowd and try to put on a show for them again.”

Adri Arnaus: “I have been enjoying this week so much, the crowd has been on my side and today playing with Jon, it was pretty loud I have to say. It was cool to perform over here in front of the crowd so very happy.

“The course is playing a bit trickier, a bit firmer, it wasn’t easy to get to pins but I think we did a pretty good job on the front nine. The putts went a bit long, I was lucky enough to have a good look on nine and ten to take advantage of those, and eleven, but in the end you just try the best you can.

“I like courses that make me think and this is one of those, maybe it is playing a bit more accessible than 2019, but you still have to hit very good shots around here and perform well. But again, playing in front of a home crowd is always a bonus.

“It would be really special and a dream come true. Growing up and playing Spanish events as an amateur, dreaming of being part of the bigger stuff, and here we are so it is going to be a cool moment and I am looking forward to having my chance on that back nine.”

Julien Guerrier: “I’m very happy, very consistent. Five under first round, second round, third round, but today was very difficult from the tee for me with the driver, I was not very good but I had some opportunities to put the ball on the green which I did.

“The atmosphere was really good. I have know Rafa a long time and he played really good. I didn’t find anything. I try to work hard and do my best every week. Sometimes it works and sometimes it doesn’t, so that is golf. I keep working and hope for some good results in the future. Try to enjoy first of all because that is the key, and then after that be patient. ”