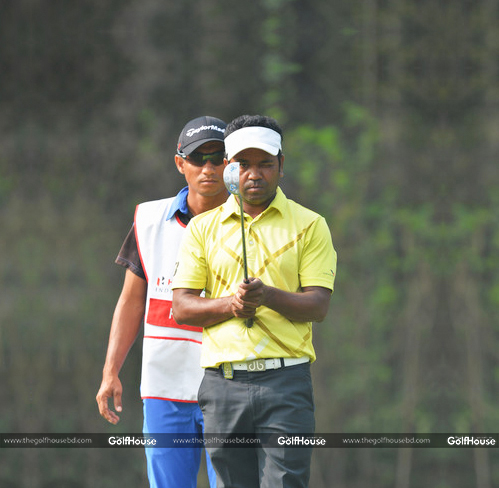 The Hero Indian Open, the country’s marquee golf tournament – which enters its 54th edition this year – will have the strongest-ever field with a galaxy of Indian stars vying for top honours with some marquee names from around the world.

Defending champion SSP Chawrasia, former champion Siddikur Rahmna, Anirban Lahiri and twice European Tour winner and emerging talent Shubhankar Sharma will lead the Indian line-up at the European and the Asian Tour co-sanctioned tournament – to be played at the Gary Player layout of the DLF Golf and Country Club from March 8 to 11, 2018.

Emiliano Grillo of Argentina, who is a PGA Tour winner and member of the 2017 Presidents Cup team, will head the global list. The marquee names also include Andrew Johnston, one of the most popular players around the world, and the Ryder Cup captain, Thomas Bjorn, who has 21 worldwide wins including 15 on European Tour. Bjorn led a strong European team last month to a fine win over Asia in the EurAsia Cup in Malaysia.

The highest-ranked Indian player in the tournament will be Shubhankar Sharma, who with two European Tour wins in less than two months, has broken into Top-100, with a world ranking of No. 72. Lahiri, PGA Tour player and World No. 76, will try to reclaim the Hero Indian open trophy that he won in 2015.

Pawan Munjal, Chairman, Managing Director and Chief Executive Officer, Hero MotoCorp, said, “We are pleased to extend our association with the Hero Indian Open, which we have been associated with for the past 12 years. Our long-term commitment to support golf has been vindicated by the rising popularity of the game in India and the number of young Indian players making their mark on the global golfing circuit. Over the years, the Hero Indian Open has grown immensely in stature and attracted some of the best talent from around the world. With one of the strongest-ever field this year, I am sure this edition will be as exciting as the previous ones.”

Hero MotoCorp is major supporter of golf on all the three Tours – Asian Tour, European Tour and the US PGA Tour.

Chawrasia will be attempting the first-ever hat trick of wins in the 54-year long history of the tournament. Chawrasia had finished runner-up at the Hero Indian Open on four occasions – in 1999, 2006, 2013 and 2015 – before piping countryman Anirban Lahiri and Korea’s Jeunghun Wang to take the coveted title for the first time in 2016. He successfully retained his title last year to claim his fourth European Tour win.

Past champion Thongchai Jaidee and Ryder Cup player, Chris Wood, who won the 2016 BMW PGA Championships, are also in the field.

Keith Waters, Chief Operating Officer of the European Tour, said, “The support of Hero MotoCorp has helped this tournament to go from strength to strength. Our thanks go to Mr. Pawan Munjal and his team for their continued support of Indian Golf and in particular this event, which has proved to be of real benefit to emerging local golfers who have had the opportunity to grow their careers on the European Tour.”

Aakash Ohri, Sr. Executive Director – Business Development, DLF Home Developers Ltd, said, “The DLF Golf & Country Club is delighted to welcome the Hero Indian Open back for the second successive year. The Gary Player course has proved to be a good test of golf and the maintenance team is working hard to presenting the course in pristine conditions. We look forward to welcoming all players, officials and spectators to the tournament.”

European Tour Sub Editor - May 4, 2021
108
Dean Burmester earned his second European Tour title at the Tenerife Open, sealing a five-stroke victory with a stunning final round display. The South African...

European Tour Sub Editor - May 4, 2021
108
A mix of new faces and seasoned campaigners will tee it up at Golf Costa Adeje as the European Tour arrives in Tenerife for...