There are multiple handicap systems in use in golf around the world, but the best-known and most widely used is the USGA Handicap System. The USGA (United States Golf Association) introduced a handicap system in the early 20th Century, and it’s the USGA’s system for which we’ll provide and overview here.

But all handicap systems exist for the same purpose. So what is that purpose?

The purpose of a golf handicap system has always been to attempt to level the playing field for golfers of differing abilities, so that those golfers can compete equally. For example, imagine someone whose average score is 92 trying to compete against someone whose average score is 72. Without a handicapping system, it can’t be done. At least not fairly, so that the average-92-scorer has a chance to win the match. 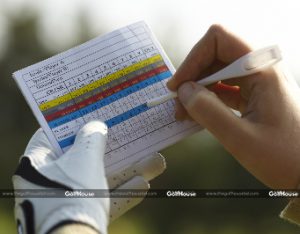 When golfers belong to a handicap system, no matter what their ability is, they can play one another in a match and both will have legitimate chances to win.

With a handicapping system, the weaker player is given strokes (allowed to deduct strokes) on certain holes on a golf course. That is, on a particular hole the weaker play may be allowed to “take a stroke” – deduct a stroke – from his or her score for that hole.

At the end of the round, the two players of differing abilities can figure their “net score” – their gross scores minus the strokes they were allowed to take on certain holes.

The USGA Handicapping System received a major refinement in the early 1980s with the introduction of slope rating for golf courses, joining the longstanding course ratingas methods of rating the difficulty of a course.

Slope rating is a number representing the relative difficulty of a course for bogey golfers compared to course rating. Slope can range from 55 to 155, with 113 being considered a course of average difficulty.

A player’s official USGA Handicap Index is derived from a complicated formula (that, thankfully, players themselves do not have to figure) that takes into account adjusted gross score, course rating and slope rating. (An explanation of the formula appears in our Golf Handicap FAQ.)

With as few as five rounds, a player can get a handicap index by joining clubs authorized to issue them. Eventually, handicap index is calculated using the 10 best of a golfer’s 20 most recent rounds.

Once a USGA Handicap Index is issued – say, 14.8 – the golfer uses that to determine his or her course handicap.

Course handicap – not handicap index – is what actually tells a golfer how many strokes they are allowed on a particular course. Most golf courses have charts golfers can consult to get their course handicap. Alternately, golfers can use various online course handicap calculators, such as the one here. All that is needed is a USGA Handicap Index plus the slope rating of the course.

Once armed with course handicap, a golfer is ready to play on an equal basis with any other golfer in the world.

To take part in the USGA Handicap System, a golfer must join a club authorized to use the system. Most golf courses have clubs that can issue handicap indexes, so finding one isn’t that difficult.

But just in case, the USGA allows golfers to form clubs without real estate, which may be a collection of as few as 10 friends who are willing to form a club with a handicap committee.

Once in such a club, a golfer will turn in or post his or her scores following every round, most often electronically by using a computer in the clubhouse or, if the club uses the GHIN service, by using any computer.

The club’s handicap committee handles all the computations and should issue handicap indexes once a month.

For information from the USGA: www.usga.org/Handicapping 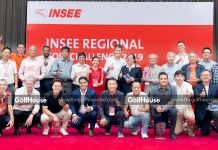 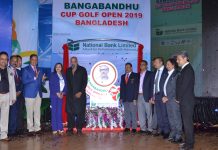 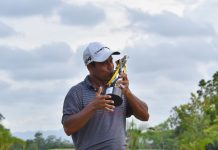 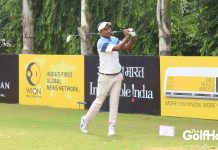 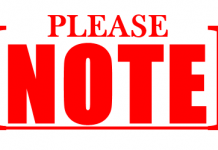 Lane makes history as he takes the lead at Hanbury Manor