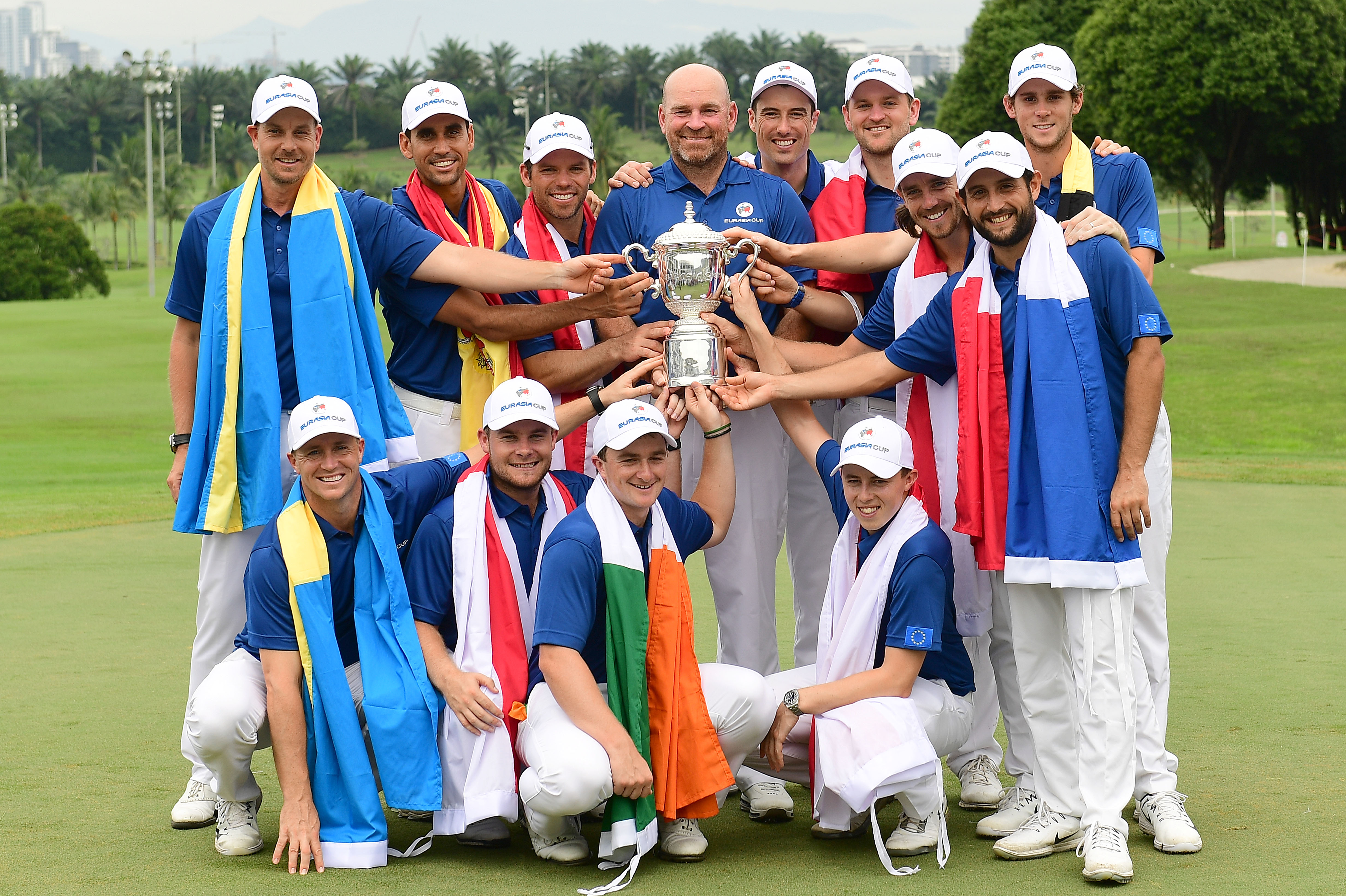 Shah Alam, Malaysia, January 14: Team Europe, captained by Denmark’s Thomas Bjorn, dominated the Singles matches to earn a hard-fought win over Team Asia with a 14-10 victory to retain the EurAsia Cup presented by DRB-HICOM on Sunday.

After trailing Team Asia over the last two days, Europe surmounted a gallant fightback to win eight out of 12 matches in the Singles format at the Glenmarie Golf and Country Club.

“It was a great performance today from every single one of them, they came off the golf course yesterday and there was a determination and a will of wanting to win this,” said Bjorn.

Europe’s number one Tommy Fleetwood earned another point for his team when he brought down India’s S.S.P. Chawrasia 2&1 before Thailand’s Poom Saksansin gave Asia a brief reprieve, beating England’s Paul Casey by one hole.

Major winner Henrik Stenson put another point on the board for Europe when he won 2&1 against Japan’s Hideto Tanihara before Austria’s Bernd Wiesberger took them three clear with a 2&1 victory over Thailand’s Phachara Khongwatmai.

France’s Alexander Levy then brought Europe to within a point of retaining the EurAsia Cup when he defeated Thailand’s Kiradech Aphibarnrat 3&1.

The winning moment for Europe came on the 18th hole when Belgium’s Thomas Pieters beat Korea’s Byeonghun An by one hole.

“It always nice to get the winning point. We all have to do our own part today.  We knew that and we knew what we had to do.  You can see early on that we wanted it badly because the board was pretty blue,” said Pieters.

England’s Tyrrell Hatton then won 2&1 against India’s Anirban Lahiri to make it 13 ½ -7 ½ with three matches remaining.

“These kind of events always become closer than you think sometimes, and that’s always good to know. When you go out there as a team, you’ve got to play. You play for very few points the first two days and then you play for a lot of points on Sunday, and that’s the way these events are.

“It can swing very much on the last day and we showed today that if you are good and strong on Sundays, you can win these things,” said Bjorn.

European Tour Sub Editor - June 15, 2021
146
Press release The Road to Mallorca International Schedule has been bolstered by the addition of the Sydbank Esbjerg Challenge, which will form the final leg...