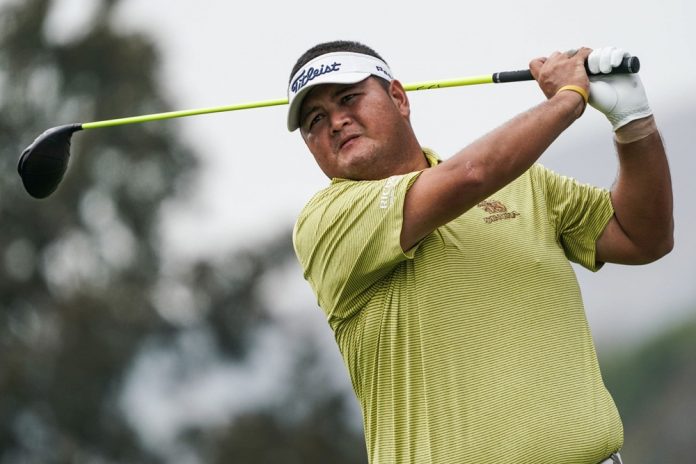 The former will be played at Blue Canyon Country Club from November 25-28, while the latter will be staged at Laguna Golf Phuket from December 2-5.

Prom returned from Japan just over a week ago and did his quarantine in Phuket’s sandbox ‒ which gave him the freedom to play Blue Canyon and Laguna Golf Phuket twice.

“Not much has changed to the Canyon course. It’s always a good course. It’s going to be fun. You really need to be careful with your tee shots as its tree lined. Also, I hadn’t played Laguna Phuket since the Thailand Open in 2009. They have changed a lot of greens there. It’s quite tricky and small and very slopy but there are still a lot of birdie opportunities.”

He is called the ‘Big Dolphin’ due to his burly frame coupled with the fact he is from the seaside town of Hua Hin.

As is well documented, Prom spent the end of last year and beginning of 2021 recovering from a ruptured appendix, which took five months to fully recover from.

He said he was playing really well by the time he headed to play in Japan in September, but the trip proved to be a disappointment.

Said the Thai star: “It is difficult to find a place to practice there, so after tournaments there would be no practice for three days and my game dropped. It was quite a difficult time in Japan. And the courses are quite tight and narrow. I still did ok but not as good as I expect. Even though I have a good short game the grass is different there and I needed more time practice on it.”

Upon hearing the Asian Tour was due to restart the 37-year-old decided to pack up and head home.

Added Prom: “I felt it made sense to go back and prepare for the Phuket Series. I think it was a good idea for me to do that.”

This week he will also attempt to win the Singha Pattaya Open on the All Thailand Golf Tour for an astonishing fifth time, before playing in the Thailand Open ‒ which his father Suthep Meesawat won in 1991 ‒ and the Singha Esan Open.

“I have three weeks in a row, then two weeks off before Phuket,” said Prom, who has also lost in three sudden-death play-offs on the Asian Tour.

“It’s good that I have a couple of tournaments to prepare for the Phuket Series. It’s such a good sign that the Asian Tour is back. I know we still have to worry about COVID, but everyone is looking forward to going back and seeing each other. It is very positive the Tour is back and will get strong again.”