THE WORLD OF golf has evolved far beyond the $1.50 pimento cheese sandwich still served at the Masters Tournament year after year. These days, you can learn to swing like a pro with hyper-realistic golf simulators. Reading the greens has shifted to the wrist. Even Boeing’s in the game, contributing research on aerodynamics to create clubs now laced with titanium bars. The growing technological influx represents a changing golf world—pimento cheese sandwich not included.

01. Callaway Epic Driver:
Want to increase ball speed? Use clubs designed by physicists. The latest Epic Driver from Callaway Golf was designed using research from Boeing and a physics concept called “energy lensing” to redirect the brunt of the impact on the face of the club. Callaway claims the new shape offers 21 yards of shot-shape correction, creating a straighter and more accurate club path. Ultra-light three-gram titanium bars behind the clubface also reduce how much the crown and sole of the club deflect. As a result, the face can take on more impact than before, making for faster ball speed and more distance off the tee.

02. TaylorMade TP5 Ball:
The standard golf ball has two, three, maybe four layers. But now, enter the five-layer golf ball. Eric Loper, TaylorMade’s golf ball research and development director, says the new TP5 and TP5x balls are the result of over a decade of experimentation to find exactly the right thickness, rebound, and stiffness to each layer. Using an intricate radar-tracking system to understand launch and trajectory characteristics during the R&D, TaylorMade tracked the coefficient of drag, lift, and spin rate from take-off to landing in real time to inform the design of the ball. The resulting combinations of materials makes for a ball that’s high-tech, fast, and resilient.

03. Garmin X40:
Garmin, the go-to for tracking movement on cyclists, runners, and swimmers, now brings its technology to golfers. Its X40 golf watch combines standard activity tracking (like step counting and heart rate monitoring) with metrics for 40,000 courses worldwide. Turn on “green view” to see the layout of the green or a specific hole. The GPS provides precise distances to the front, middle, and back of the greens, plus course hazards. The X40, priced at $350, also comes with built-in swing tracking to measure shot distance for post-round analysis.

04. Full Swing Golf:
Not everyone can make it to the Masters. No matter. You can play the best courses across the world from home with Full Swing Golf. The golf simulator has become even more realistic by pairing high-speed cameras with infrared light waves to measure things like spin rates and rotations even before the ball hits the screen. Older simulators spent time calculating where your ball would land; this one transfers immediately from the ball hitting the screen to virtual flight on the screen.

05. Zepp 2:
Golfers can easily drop $25,000 on high-end motion-capture systems, but Zepp 2 offers a simple, tech-forward option for just $150. The training technology uses sensors attached to your glove to track club speed, club plane, tempo, and backswing length with real-time analysis and evaluation. Working wirelessly via Bluetooth, Zepp’s 3-D swing analysis operates for practice sessions on the range or during rounds on the course to give visual updates on your mobile device. Want to swing like a professional? Zepp also has a library of professional players and their swings, so you can see how your metrics stack up to the pros.

06. Bushnell Pro X2 Rangefinder:
To find the distance to a point on the green, you can’t do much better than Bushnell’s laser rangefinder. During tournament play, golfers can use the laser to lock in on a flagstick over 450 yards away. When not in a tournament, toggle into slope-switch mode and the device will compensate distances based on the topography of the course. With an updated processing speed—the company claims it has increased distance reading five times faster than ever before—the yardage provides accuracy within half a yard up to 125 yards away.

07. IBM’s New App:
Technology has changed how golfers play on the course—but it’s also changing how we watch golfers play. IBM has continued to build one of the most robust digital experiences in the game, highlighted every year with its mobile app in partnership with Augusta National Golf Club, home of the Masters. This year, IBM expanded that technology to Apple TV and will stream 4K video for the first time using the app. Its Track 3.0 feature gives fans the ability to follow video action based on holes, groupings, or players, bringing video of every shot. Now, you can experience the Masters from nearly anywhere. 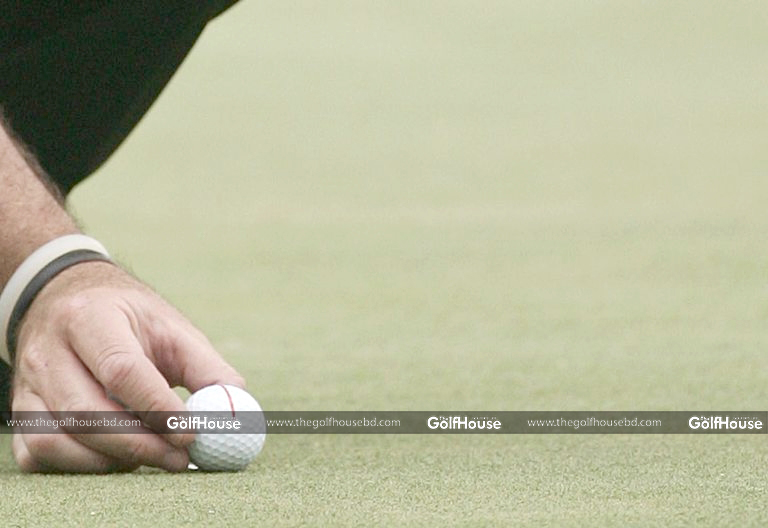 How High Should the Golf Ball Be on the Tee

RARE CLUBS TO GO UNDER THE HAMMER AT BONHAMS

The Best Way to Clean Your Clubs

Turkish World Cup 2019 – Bringing the global scene of golf together